You Won’t Believe This Incredible Economic Prediction for 2015 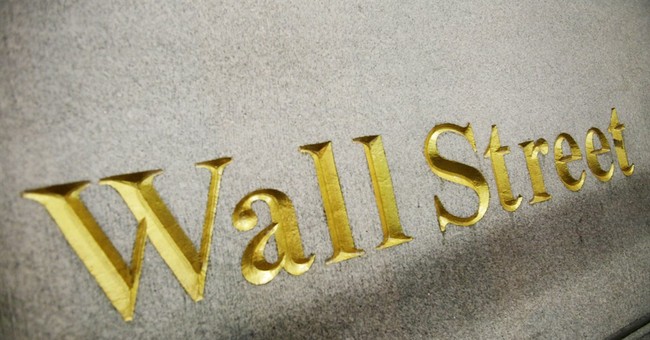 Every July at FreedomFest, we bring in the best forecasters in the business to tell us what to expect in the next year. For example, in 2007, right before the financial crisis, three of our top speakers — Peter Schiff, Bert Dohmen and Professor Fred Foldvary — predicted a collapse in the real estate market and subsequent bear market. All three wrote books on the crisis — before it happened.

But not all our economists are doom-and-gloomers. Last year, Joel Stern, professor of finance at Columbia, Carnegie-Mellon, the University of Cape Town and three other major universities, shocked our audience by predicting 4% real economic growth and a new high on Wall Street this year. And his overly optimistic forecast proved to be right.

What’s Professor Stern predicting now? He is coming to FreedomFest next year with a unique perspective. He practically lives in a 747, lecturing and teaching at major universities in the United States, Latin America, Africa and Asia. He is also a practical economist, having invented Economic Value Added (EVA), the fourth financial statement used by major corporations, including Coca-Cola and Whole Foods Market.

What’s his prediction? You won’t believe it: “The United States is going to have a robust 2015,” he says. He expects real economic growth between 3.8% and 4.5%. Most shockingly, he firmly believes that employment is “going to explode,” with new job creation of 300,000 or more a month (4 million for 2015), and the unemployment rate dropping to 5%. Millions will come back into the workforce as demand for labor rises sharply. Despite ObamaCare, Dodd-Frank and the re-regulation of the economy, American ingenuity will finally adjust and demand for workers will rise dramatically to get the job done.

What about interest rates? They will rise – sharply — with the long-term rates rising to over 4%!

This may cause the stock market to “correct” but it won’t be the end of the bull market.

Professor Stern is not so bullish on the rest of the globe — he’s bearish on Europe, South Africa and China, but quite positive about India.

I urge you to meet and hear Joel Stern in person at FreedomFest, July 8-11, 2015, at Planet Hollywood, Las Vegas. He will be on our Global Outlook Panel with Steve Forbes, Keith Fitz-Gerald (editor of the hot Money Map Report) and Barbara Kohm (Europe), with Roberto Salinas (Mexico) as moderator. We have a full three-day investment conference in addition to sessions on geo-politics, philosophy, history, healthy living (with John Mackey, CEO of Whole Foods Market), etc.

Professor Stern is a big supporter of FreedomFest and attends every year.

“I do not think I have a single adjective to describe how truly monumental FreedomFest was,” he wrote me. “You had people from such varieties in background it is hard to imagine anything like this happening with any other organization.” He will be there all three days, ready and willing to consult with attendees. Only at FreedomFest!

ALERT: “Early bird” discount at FreedomFest ends this week!Sign up here. As Keith Fitz-Gerald, editor of the hot Money Map Report, says, “You MUST attend this conference and the historic Krugman-Moore debate! I’ll be there all three days!”

O Early-bird Discount Ends this weekend! Get $100 off per person/$200 per couple with the “early bird” discount at next year’s FreedomFest, July 8-11, 2015 at Planet Hollywood. We’re putting together our Dream Team of business leaders, including Steve Wynn, Steve Forbes, John Mackey (CEO, Whole Foods Market) and billionaire Peter Thiel. Plus, listen to our team of financial gurus such as Keith Fitz-Gerald (Money Map Report), Alexander Green (Oxford Club), Donald Smith (top New York hedge fund manager), Adrian Day and Mary Anne and Pamela Aden, among many others. Our team of political analysts includes Grover Norquist, Dinesh D’Souza, Michael Medved and Charles Murray. Plus, watch our Dream Debate of the Century, Paul Krugman vs. Steve Moore! Sign up at www.freedomfest.com, or call Valerie Durham, our new conference director, at our new toll-free number 1-855-850-FREE (3733). You also can email her at valerie@freedomfest.com. Talk to your family and friends during the holidays about coming to FreedomFest next year. It will change your life.