A Stock Market Correction Could be Coming in 2015 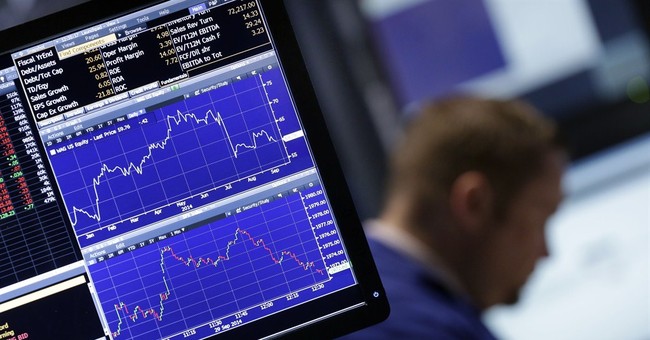 “I think in 2015 we’ll have our first correction.” — Jeremy Siegel on CNBC

With the collapse in oil prices (down 40% in the past two months) and energy service stocks, Wall Street has sold off again. Although it’s too early to tell when the next correction hits the stock market, it could happen at any time in 2015.

The stock market has had a great run since the financial crisis and Great Recession of 2008-09, with most of the Fed’s easy money going into stocks and bonds rather than growing businesses. Stocks have enjoyed one of the biggest runs in history during 2009-2014, more than doubling in value.

After five years of double-digit percentage profits on Wall Street, a correction is due, and I would not be surprised to see it happen in 2015.

What could trigger it?

First, Fed policy could subtly shift by raising short-term rates, or by slowing the money supply (M2). With quantitative easing completed, the monetary base is in steep decline and M2 is growing at reduced pace. If that trend continues, we could see a slowdown in the economy and a sell-off in stocks.

Second, while the 40% plunge in oil prices is positive for transportation companies, manufacturers, auto retailers and most other companies, the shakeout could be difficult in the short term. Billions of dollars of oil infrastructure plans are being delayed or cancelled, hurting a lot of businesses.

Third, emerging markets are slowing down. The fall in oil prices is not just due to expanding supplies, but weaker energy demand around the world. Weaker global economic growth, especially in China, could be devastating in 2015.

Barron’s published an interview in the December 8, 2014, issue, “Why Beijing’s Troubles Could Get a Lot Worse,” with Anne Stevenson-Yang, co-founder of J Capital Research and long-time expert on China. She pointed to serious problems developing in China that might erupt soon and cause a worldwide panic. To quote her:

“As for the recent IMF report calling China the world’s biggest economy on a purchasing-power-parity basis, how silly was that? China is a cheap place to live if one is willing to eat rice, cabbage, and pork, but it’s expensive as all get out once you factor in the cost of decent housing, a car, and health care.”

Then she added, “Property sales are in decline, steel production is falling, commercial long and short-term vehicle sales are continuing to implode, and much of the growth in GDP is coming from huge rises in inventories across the economy.”

She also points to building “airports with no commercial flights, highways to nowhere, and stadiums with no teams.” She says there are “empty towers and ghost cities.”

I asked my favorite Asia expert, Keith Fitz-Gerald, editor of the prestigious Money Map Report, about China and he’s not as pessimistic. Yes, he admits that China’s growth is slowing, but the domestic market is strong, and the capital growth there is “staggering.” He thinks the Chinese are determined to make the yuan replace the dollar as the world’s currency.

The Truth About The ‘Black National Anthem’
Redstate
NY Times tech journalist complains about online attack, omits that the comment was a paraphrase of her own words
Hotair