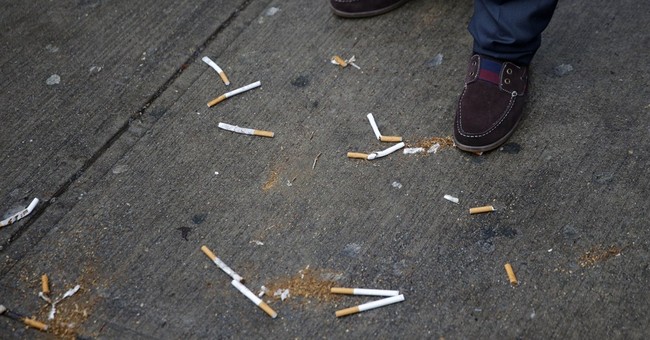 Yesterday, I was at a special TEDx event in Sing Sing Correctional Facility in New York (where my wife and I teach) when I heard the news that a New York City grand jury declined to indict a policeman in the death of an unarmed black man who was being arrested for dealing in untaxed “black market” cigarettes. The victim, Eric Garner, a 43-year old man who was overweight and suffered from asthma, died after the police officer held the man in what appeared to be a chokehold.

Based on the evidence, including a video of the arrest by several policemen, the grand jury decision is an outrage. An indictment is not a guilty verdict, just a decision to go to trial. Besides, arresting people involved in the black-market sale of cigarettes or drugs is a sham and should not be enforced.

Was Eric Garner robbing a store or attacking innocent citizens? No. Police arrested him for selling untaxed cigarettes. He lost his life over the alleged sale of 75-cent loose cigarettes, also known as “loosies.”

Garner chose to participate in the booming underground cigarette market as a smuggler. Since 2009, he had been arrested eight times for selling loosies, which are popular among people who can’t afford a full pack because of the excessive taxes. The impetus for this tragedy likely took root in 2010 when the New York State Legislature passed a law to charge taxes of $5.85 for the sale of a pack of 20 cigarettes.

Having taught at a maximum security prison, I can tell you that there’s a lot of abuse and racism in the criminal justice system. Today’s police are often abusive, and prosecuting attorneys are putting a lot of innocent people in jail due to excessive laws on illegal drugs and cigarettes. We are filling our prisons with people who were involved in drug-related crimes.

At FreedomFest last July, we had Radley Balko, author of “The Rise of the Warrior Cop,” speak to us about the dangers of the new aggressive police departments. At next year’s conference, we have Cheryl K. Chumley on her book, “Police State USA: How Orwell’s Nightmare is Becoming our Reality.” Come join us: www.freedomfest.com.

In case you missed it, I encourage you to read my e-letter column from last week about an Austrian economics conference I attended in Argentina.