Who's the Greatest Economist in the World? 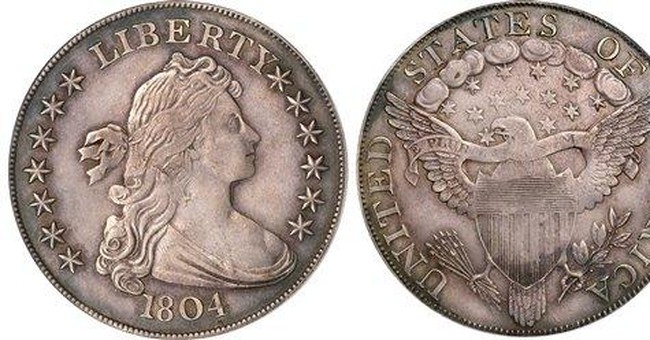 I recently finished teaching an economics class at Chapman University in California, where I have been appointed a Presidential Fellow for 2014. (I'll be returning to deliver a public lecture on April 16.)

Below is a photo of the 34 students in my class and me. Each of us is holding an American eagle silver dollar as a keepsake (the silver dollar is a symbol of sound money and liberty) in front of the Adam Smith statue at Chapman University in Orange County, Calif.

The course was called "Modern Political Economy: Who is Winning the Battle of Ideas?" In the final exam, I asked each student to choose his or her favorite economist. Here was the breakdown:

I was not surprised that Adam Smith was far and away the most popular choice, since the Scottish economist is the heroic figure in my textbook "The Making of Modern Economics."

His "system of natural liberty" consists of three pillars: economic freedom, competitive markets and justice (the rule of law). Studies have shown that nations that adopt these three governing principles have the highest level of prosperity. See www.freetheworld.com.

My wife and I thoroughly enjoyed our visit to Southern California in January, and look forward to coming back. Chapman University President Jim Doti and his wife Lynne were wonderful hosts, and have helped put Chapman on the map (www.chapman.edu). Other Presidential Fellows include astrophysicist Paul Davies and Nobel Peace Prize winner Elie Wiesel. Nobel Prize-winning economist Vernon Smith also is teaching at Chapman.

In case you missed it, I encourage you to read my column from last week’s Eagle Daily Investor that explains why France’s President François Hollande endorsed Say’s law.