Cheap Laughs: A Weekly Review of The NY Times 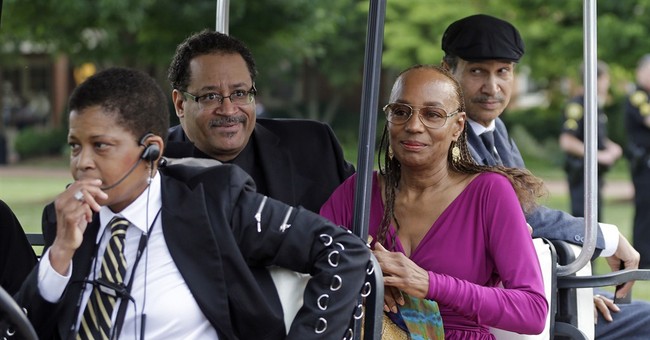 Georgetown sociology professor Michael Eric Dyson has made a very profitable career out of peddling lies about race in America. Unfortunately, there is a large market for the kind of falsehoods Dyson specializes in, especially among the liberal elite readership of The New York Times and on tony ultra-liberal college campuses. It is fashionable in these precincts to deride the rest of America as hopelessly racist and backward, and doing so doubtlessly provides some people a certain cheap thrill of smug moral superiority. But what is profitable for Dyson and pleasurable for ultra-liberals is poisonous for both America as a society and for our fellow citizens of all races.

Dyson is a professional race hustler, and his hustling has paid off with a tenured job teaching at Georgetown, and part-time gigs as a commentator for MSNBC and columnist for the NYT. In his column in this Friday‘s Times,“Racial Terror, Fast and Slow” Dyson recklessly invokes a word which should be used with caution and modesty. For example, during the Soviet “Red Terror” of 1918-1922 the Bolshevik “man-killing machine” extinguished a million or human lives.

Dyson starts with two claims, both of which are fundamentally false.

“The killing this month of Walter L. Scott by Officer Michael T. Slager highlights two interlocking truths: Social protest forces us to see realities we would rather avoid, and blacks live in mortal fear for our lives in a manner that most whites don’t see or understand.”

Regarding the first claim, there have been noisy protests about the shooting of black people by the police, so widely publicized by the media during the last year. Sometimes social protest does force people to confront difficult realities, but the “Black Lives Matter” protests have been designed specifically to create a misleading and essentially dishonest narrative about both the police and the dilemmas faced by many African-American communities in America.

And the second claim is even more absurd and ugly. Dyson goes on to argue that blacks “live in mortal fear” of being gunned down execution style by the police.

“The lived experience of race often feels like terror for black folk, whether that terror is fast or slow. Fast terror is explosive and explicit; it is the spectacle of unwarranted black death at the hands of the state, or displays of violence directed against defenseless bodies.”

Every modern society gives the state a monopoly on the use of violence to keep civil order. In return, the state is bound to follow the rule of law. And when the police kill civilians they are accountable for their actions. Do the police make mistakes? In a country with close to a million armed police officers, often doing their jobs in dangerous conditions, it would be ridiculous to expect zero mistakes. And the legal system may superficially appear not to hold police fully accountable for their actions, but in fact the system wisely established a high bar of proof to convict police officers of wrong doing.

The fact is, approximately 8,000 African-Americans die in homicides annually, most at the hands of other African-Americans. The number killed by police numbers around 100 to 200, depending on the source. And of those, in the last 12 months there have been a handful of highly publicized cases where the police may have wrongfully killed an innocent black man.

So if you’re a black man you’re 50 times more like to be killed by a criminal, and 40 times more likely by another black man, than by the police. And the odds a black man will be wrongfully killed by the police are minuscule--about one in five million, or few thousand times less than being murdered by a common criminal. And in fact, even far more African-Americans of both sexes fall victim to high rates of heart disease and other preventable health problems.

So the story line Dyson is trying to sell is just factually wrong. The average African-American male should be much more concerned for his health, and understandably worried about violent crime. But the odds that a policeman will mistakenly or even wrongfully kill him are about as remote as being struck by lightning or killed by a shark.

But these facts don’t fit the narrative scam artists like Dyson are feeding their gullible liberal audience. They want to believe that America is a fundamentally evil country with a repressive and racist state police apparatus killing innocent black men, execution-style. It’s shameful, because first of all, Dyson and his ilk are whipping up hysterical and misplaced fears and resentments. And even worse, distracting attention from the very real problems faced by our country, and particularly by our African-American communities.

Sadly, Dyson and his readers probably actually believe their own lies, because they are too convenient, and for Dyson too much to his own personal advantage. But they cast false blame on our police and grievously harm our country, which despite its imperfections is still the greatest country on Earth.