Cheap Laughs: A Weekly Review of the New York Times 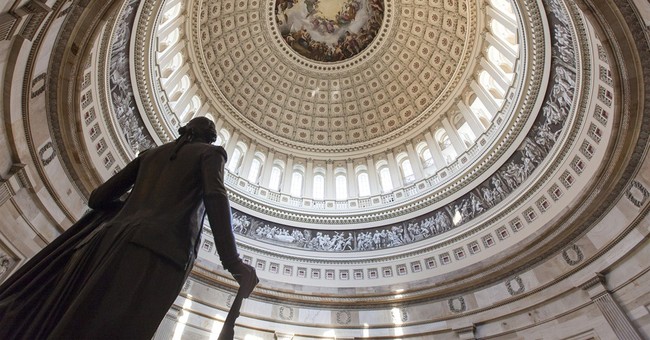 The third Monday of February is President’s Day, when we celebrate the birthday of George Washington, at least when we’re not pre-occupied with President’s Days sales. This year the holiday fell on the 16th, and predictably the New York Times chose this day to publish a hatchet job on our first President.

You see, for the op-ed page editors of the Times, America (or Amerikkk with an A!) is a fundamentally flawed, perhaps uniquely evil country. And so on a regular basis they will print the See How Bad America Was Back Then (And Still Is) op-ed piece. The Times’ ultra-liberal readers get an emotional high from reflecting on how bad the founding fathers and other miscreants were back in America’s benighted past.

So to set the historical record straight the Times offers George Washington, Slave Catcher by Professor of African-American Studies Erica Armstrong Dunbar. “Slave catcher” rather vividly conjures up an image from Uncle Tom’s Cabin, of a vicious and heartless hunter of terrorized runaway slaves.

Now slavery was an abomination, and it was abolished from the United States only after a bloody civil war. But in Washington’s time it was a legal institution not only in the U.S. but throughout most of the Americas and the Caribbean.

For Dunbar, this issue is clear. “Now February serves as a point of collision between presidential celebration and marginalized black history.” So Dunbar wants to show us the real George Washington, and take a cheap shot at Abe Lincoln while she’s at it.

“While Lincoln’s role in ending slavery is understood to have been more nuanced than his reputation as the great emancipator would suggest, it has taken longer for us to replace stories about cherry trees and false teeth with narratives about George Washington’s slaveholding.”

So our reverence for Washington is really just based on children’s fables. Nothing to do with organizing and leading the Continental Army to victory over the greatest empire in the world at the time, presiding over the convention that wrote the U.S. Constitution, or serving two terms as our first President and setting the American Republic on solid ground.

No, for Dunbar, the fact that Washington was a Virginia plantation owner who owned slaves is the only significant fact. And more to the point, he was a “slave catcher” to boot.

Dunbar bases her indictment of Washington on one solitary episode. While living in Philadelphia (the capital at the time) one of Washington’s slaves did escape. Ona Judge was 22 years old, and was actually the property of Martha Washington, George’s wife. She fled to Portsmouth, NH and remained free for the rest of her life.

What Dunbar omits is how Judge remained free. I assume without knowing the historical record is that in New Hampshire even run-away slaves had not only allies but some legal rights to due process against agents of slave owners.

Dunbar is of course correct that our first President was in fact a slave owner. And she briefly mentions, almost as an afterthought, that Washington emancipated his slaves upon his death.

In totality, her op-ed is an attempt to reduce Washington’s life and his character to one single and admittedly unattractive fact, that he was a slaveholder in antebellum Virginia.

But the larger truth is that all Americans, of all races, owe an immense debt of gratitude to George Washington, and an honest appraisal of his role in American history requires more than selectively reading history to demean his legacy. The Times should be ashamed of itself, but of course we know it takes pride in besmirching a true American hero and inspiration to people worldwide.