Hillary Clinton’s E-Mail Scandal Worse Than We Knew: Will the Democratic Frontrunner Be Indicted?

Mark Meckler
|
Posted: Jan 22, 2016 10:20 AM
Share   Tweet
The opinions expressed by columnists are their own and do not necessarily represent the views of Townhall.com. 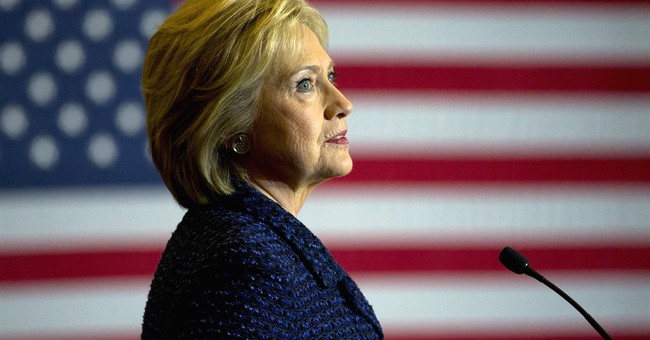 In movies, documents have a large, red stamp at the top: Classified. The stamped documents – which have been replaced by e-mails, phones, or thumb drives – have to be protected from the bad guys at all costs. Too bad Hillary Clinton doesn’t understand what every American moviegoer over age five knows instinctively.

The Intelligence Community's inspector general Charles McCullough III recently reported that at “least several dozen of the emails sent and received by Hillary Clinton while she was secretary of state contained classified material, including intelligence material classified at the highest levels.”

The e-mails varied in their levels of classification: “classified,” “secret,” “top secret/SAP” (or “special access program”) which includes the highest and most protected national security information.

This is big news.

Even though Sen. Bernie Sanders said that Americans were "sick and tired" of hearing about her "damn emails,” this issue will not go away.

Not for lack of trying.

Charles Cooke described her comical dishonesty on display at her press conference. He wrote,

“As is now clear, Hillary possesses almost none of Bill’s remarkable personal virtues. She’s not warm or spontaneous or alluring or quick. She has no discernible political instincts. She doesn’t even seem to enjoy the human contact on which successful public servants thrive. But boy can she fib with the best of them. From start to precipitous finish, her performance was pure Clintonian evasion. ‘What I did,’ she argued carefully — after trying a quick ‘nothing to do with me’ for good measure — ‘was legally permitted, number one, first and foremost, okay?’ ‘Number two,’ she offered, ‘they’ve already concluded more than 1,200 of the e-mails I gave them have nothing to do with the work, and I said make them public.’ ‘I know,’ she concluded emphatically, that ‘there’s a certain level of, you know, sort of anxiety or interest in this, but the facts are the facts.’”

Move along. There’s nothing to see here.

But then, the Washington Beacon published a non-disclosure agreement that Hillary Clinton signed back in 2009 the day after she took the position of Secretary of State which shows she knew “negligent handling” of classified data could cause her to face criminal penalties. The document which she signed read:

In other words, this is concrete proof that she knew what her actions were illegal. But, we didn’t need proof.

If the Secretary of State didn’t know what the basic law was regarding national security, it doesn’t bid well for her competency as President. Not that she’ll necessarily make it to the Oval Office. This Democratic front-runner is facing an ever expanding FBI investigation, which will invariably heat up with these new revelations. She could even be indicted before any votes are cast.

In the movies, the secret documents are stolen, but the good guys eventually show up before too much damage is done. But in real life, the “good guys” sometimes act like “bad guys.”

Let’s hope that truth and justice will be re-established before the lights go down on this nation.