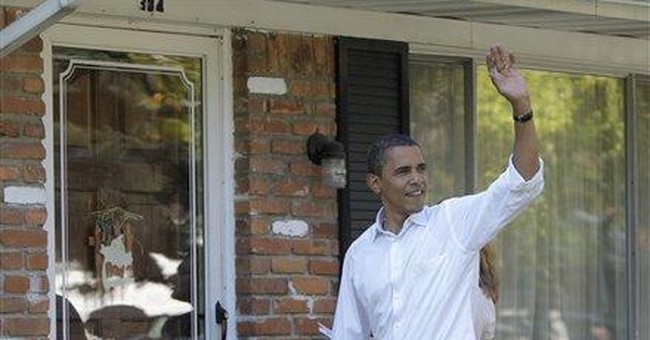 Barack Obama says Republicans "are going to try to make you afraid of me." Well, it's hard to imagine how the GOP could conjure up a more fearsome specter of an Obama presidency than the one created by the tactics of his own campaign.

Responding to those who dare commit blasphemy against The One, Obama's campaign has unleashed lawsuits and urged prosecution by no less than the Justice Department, enlisted elected officials to threaten and intimidate his foes, and deployed its vast internet e-mail list to silence bloggers and radio talk shows.

ObamaNation used the same strategy against the National Rifle Association when its political fund released ads to educate gun owners about Obama's hostile record. Bob Bauer, attorney for the Obama campaign, urged cable and television stations in Pennsylvania to "immediately cease" airing the NRA's ads, because the campaign determined they were "false, misleading and deceptive."

Similarly, Bauer pressured the U.S. Justice Department to prosecute the non-profit American Issues Project and one of its donors over an advertising campaign that exposed Obama's alliances with domestic terrorist-turned-university professor William Ayers who has reflected, "I don't regret setting bombs...I feel we didn't do enough."

The Obama campaign also dispatched its thought police to silence the free speech rights of opponents on radio and internet.

First aimed at internet blogs supporting Hillary Clinton, Obama supporters swamp certain unfriendly blogs with "spam" complaints. When those complaints reach a threshold, Google's Blogger platform renders the blog inoperable. Bloggers must then wait for Google to make an individual determination whether or not each accused blog is legitimate.

A more sinister intimidation befell journalists probing Obama's background in Chicago politics, as well as radio stations that provided a platform for those reports. The Chicago Tribune reported that Obama's campaign used its database "listing contact information for millions of people" not only for raising money but "to beat back media messages it does not like."

In both cases, Rosenberg specifically invited Obama's campaign to participate. Obama's camp not only refused, but it dispatched an e-mail alert instructing compliant Obamabots to bombard the radio switchboard and e-mail in order to fill the lines with scripted callers and block out other voices.

Even liberal commentator Andrew Sullivan called the Obama tactics "a disgraceful attempt to intimidate journalists trying to get at the facts."

If other slimy strategies fail, Obama critics are subjected to the nuclear option ‹ the race card ‹ often by a reliably hypersensitive, sycophantic media.

Associated Press "analyst" Douglass Daniel tied himself in knots explaining how Sarah Palin's comment about Obama "palling around" with terrorists ‹ again referring to Ayers and his wife, both of whom are white ‹ "carried a racially tinged subtext."

Mentioning Obama's accounts of his own use of marijuana or cocaine is off limits because that's racist, too. And, of course, to vote for someone other than Obama is the telltale sign of racism.

If this is the treatment Obama's critics receive now ­ when he's merely a freshman senator from Illinois ­ there's plenty to fear from an Obama presidency.