Mark Davis
|
Posted: Dec 16, 2020 12:01 AM
Share   Tweet
The opinions expressed by columnists are their own and do not necessarily represent the views of Townhall.com. 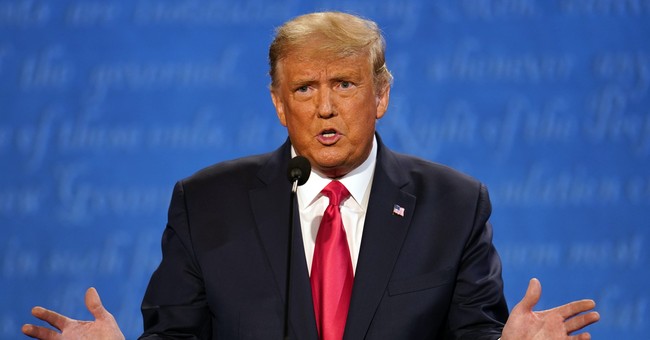 There is now every indication that Joe Biden will be sworn in January 20th as the nation’s 46th president. So is it time for every skeptical voice to hold silent? Is it time for everyone from President Trump on down to follow the insistent advice to give it up, let it go, move on?

It is not. History is watching.

First, to be clear, it has been pardonable for anyone, from some Trump voters to some members of Congress, to choose to sit out the home stretch of challenges. After a succession of courts, up to and including the Supreme Court, took a pass on welcoming the arguments to be made against this spurious result, a certain grudging acceptance could be understood.

Outright disparagement of the challenges is another matter. For whatever mysterious reason, some Republicans have decided that silence is not enough; they have chosen to sneeze at those carrying the battle forward, publicly questioning the wisdom of their tenacity and collectively cocking a condescending eyebrow at the logic they have employed.

That logic is not complex. It is best found in the challenge filed by the state of Texas, which asserted that four other states, through malicious hijacking of election procedures, had damaged the right of Texans to expect that their presidential votes would contribute to a process conducted under the basic constitutional rules of due process, equal protection and the Electors Clause in Article II, Section I.

The Supreme Court’s rejection of that claim paved the path for Monday’s tally of Electoral College votes, which gave Biden the total which would secure the presidency if those votes are ratified by Congress on January 6th. So with one last arena remaining for the wielding of an election challenge, what is the value of persisting?

Once again, success is unlikely. One member of the House and Senate (from any state) must object to any state’s electoral result, which would send the matter to the respective floors of the House and Senate for debate and a vote. The Senate might by then feature a freshly reinstalled Kelly Loeffler and David Perdue, but there is no guarantee of a sufficient number of Republican votes to make such an objection stick. And the new House of Representatives will still be led by Democrats. It is thus impossible to realistically envision the Biden electoral total gutted by a congressional challenge.

But that challenge will speak for millions of Americans who saw the absurd perversions of normal election procedure last month. Those citizens have  a strong reason to believe that their Trump votes were shouted down by countless corrupted vote totals in a variety of states.

Because they were quite literally countless, they did not rise to a demonstrable level that prodded a judge to plainly discern that a state had been awarded improperly. The Supreme Court was not asked to hand a state to anyone; it was asked to allow states, through constitutional process, to send competing slates of electors into what would have been an unprecedented battle in various state capitals.

That was a big ask, but it had merit. It vanished, however, in this timid era featuring high court hesitations to rule when the political stakes are high. (One might add that the same affliction inspired a pause to a vital criminal investigation this fall because it might have hurt Biden).

Alongside such weakened knees come the footsteps of those who will not be cowed into submission. There will be members of Congress who will raise voices of opposition next month when the electoral votes are submitted for ratification. Those members are unfazed by the slanders of recent days, as they have been ridiculed for approving of the Texas challenge or worst of all, failing to genuflect at the “Office of the President-Elect.”

Beyond the halls of Congress, other voices will object, from pundits to plumbers. They too will be mocked and derided as delusional at best and dangerous to democracy at worst.

But the clearest current danger to our democracy is the dark cloud of untrustworthy elections. If Biden is to be sworn in five weeks from now as America’s 46th president, history will record that no illegal or unethical acts blocked his path. The only contrarian effort will have come from Americans who pursued every last option to make their point clear for future generations to ponder.

Their point is that this election was a disaster, its credibility destroyed by ample evidence of improperly accepted votes, counted dishonestly, followed by a failure to allow the scrutiny that sought to decipher the whole sad spectacle.

While that evidence was not of a type to persuade a state judge or sway a nervous Supreme Court, it is enough to convince millions that the 2020 result is illegitimate. If we must endure four years of Joe Biden and Kamala Harris, surely the nation can withstand a few more weeks of proper dissent, featuring no bloodied heads or burning buildings,  during which Trump and his voters will fight until the last light of opportunity goes out.