The March of the Tolerance Stormtroopers 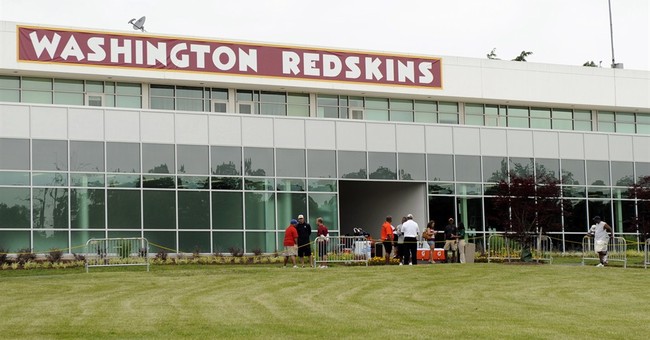 Let us begin with what should be an unnecessary assertion: Tolerance is good.

The behavioral trait that involves giving others latitude and elbow room rather than jumping on their every flaw is a good thing. In a pluralistic society, it is healthy to recognize that amid various faiths, ethnicities and character types, we should find things to admire and embrace rather than launch a constant search for indignation.

This is what tolerance used to be. It led to an America that welcomes many religions, rejects racism and embraces individualism.

But the strengths and virtues of tolerance have been co-opted and perverted by the armies of political correctness. “Tolerance” is now a weapon, a mace swung against the head of anyone failing to fall in with the whims of the sensitivity police.

The shame is that the warriors in these PC armies do not even know they are harming their cause. Do they believe that forcing “marriage equality” down the throats of every state warms the nation to their agenda? Do they believe that applying ridiculous pressure for a Washington Redskins name change sparks empathy for the plight of Native Americans?

Free advice to these folks: tactics like this make people look like whiners, busybodies and drama queens.

On the marriage front, it is a stunning achievement for gay rights to have cultivated an environment in a number of states such that voters are willing to augment the definition of marriage that has lasted since the dawn of humanity.

And yet it’s not enough.

Rather than embrace their progress and push for more among the marketplace of state legislatures, the gay marriage lobby seeks to reinvent the language, concocting a “right” to equal marriage status, identifying opponents as bigots.

Take a snapshot. A biblical view of marriage is bigotry to these people. Look at that snapshot. It is the picture of intolerance.

What a sad irony. Gay-rights advocates have fought for tolerance and won it widely. Even in states daring to maintain preferential status for man-woman marriage, real homophobia is being chased to the same dark corners as racism. There is no societal tolerance for violence or even unkindness toward our gay brothers and sisters, and laws are being crafted to afford some benefits of marriage which born of simple human decency— things like property rights and hospital visitation.

But while they should be celebrating the tolerance they have fought for and won, they turn their own swordpoints of prejudice toward people—and states— choosing to differ.

Knowing full well that there is no such thing as a “gay marriage ban”— that gays may marry any time they wish, anywhere they wish, the only question being official government recognition— they continue to punish those exercising the right to disagree.

Voters may elevate the status of gay unions in any state they please. Traditionalists may wince at this, but when people are exercising their rights, the proper reaction is— here it comes again— tolerance. Likewise, in the states choosing to maintain unique legal recognition of man-woman unions, gay rights activists disillusioned at the setback have a responsibility to display what they have demanded from others— say it with me— tolerance.

Judges should never impose their activist will over the wishes of the people on this issue. Something does not become a right simply because a number of people are vocal about it.

(I apply this hard truth to myself. It makes me insane when cities tell restaurants and bars what their smoking rules must be, but I must acknowledge that government may do it. If I don’t like it, I should fight from city hall to city hall, not assert some phony right that I wished existed but does not.)

In the absurdity of the Redskins name drama, we do not even have a large outcry. A very small slice of Native American activism, partnered with a bandwagon of opportunistic politicians has joined forces in the guise of a wide outcry for the team to change the name that has delighted its fans for 80 years.

I grew up in suburban Washington. Long afternoons of my youth were spent at RFK Stadium, home of the team from 1961 to 1996. Part of the soundtrack of my childhood is the sound of 57,000 fans singing at the top of their lungs, “Hail to the Redskins/ Hail victory/ Braves on the Warpath/ Fight for Old D.C!”, as the Redskins Band, made up primarily of scores of middle-aged black and white people, marched from end zone to end zone wearing headdresses.

Were these people engaged in some kind of mass derision of Native American culture? Was the name chosen as an intentional epithet?

Assertions of this type stretch the definition of stupidity. Who names a team after something negative? From ethnic imagery like Vikings to occupational imagery like Steelers and Packers, names are chosen because they convey a desirable trait. From the Kansas City Chiefs to the Atlanta Braves to specific tribal choices like the Florida State Seminoles, the focus is on tradition, fleetness of foot, ferocity in battle.

Yet there are those who suggest with a straight face that “Redskins” carries the same wounding power as the N-word. This grotesque, insulting lie diminishes anyone foolish enough to utter it.

The “R-word” is invisible today, except for its description of Washington’s football team. There are no tales of Cherokee or Sioux men and women stung by the “R-bomb” as they go about their daily existence.

It is possible to visit Westerns of eons past, to find scripts that contain lines referring to the occasional “dirty Redskin.” But the sting there is the adjective, a modifier linked to a neutral noun. “Dirty Mexican” sounds racist because of the insulting adjective, not because there is something wrong with “Mexican.”

Countless references have been made over the years to “Dirty Yankees” across the South. Does that mean New York’s American League team should change its name?

To anyone taking sincere offense at “Redskins,” despite its flimsy basis, the answer once again is tolerance. Since no slight is intended, and no modern context exists for the actual use of the word in a hurtful way, it is the job of these aggrieved souls to realize that they are a fraction of a fringe, or worse, part of a noxious PC wave that seeks to silence anything that ruffles its feathers.

Anyone wishing to be offended may be offended. They may be vocal about that offense. They may try to foment enough umbrage to create a real marketplace stigma— lost ticket sales and merchandise revenue— that may indeed lead to a name change on principled grounds.

But knowing that will not happen, the objectors dip into the arsenal of the tolerance stormtroopers, seeking to bludgeon those who do not join their small cries of vexation.

The unfortunate result: Just as demands for marriage equality in unwilling states breeds ill will toward gay rights efforts, the Redskins name tantrum is an obstacle to any efforts Native Americans might take to alert us to grievances that might actually hold more weight.

Remember: tolerance is good. Gays, Native Americans and groups of various delineations are on principled ground when they seek it in good faith. But sometimes, when they do not get what they want, thwarted by a state’s right to define marriage or a football team’s right to its name, they must not just ask for tolerance— they must practice it.

Leftists Have a Meltdown After Justice Sotomayor Claims Her Colleagues Are Biased
Beth Baumann
Biden Flip-Flops on Deportation Moratorium For His First 100 Days in Office
Bronson Stocking
Nevada Caucus: The Results
Townhall.com Staff
Former Obama Campaign Spokesman Explains the One Scenario That Guarantees a Trump Victory in November
Beth Baumann
Swalwell Takes Issue With Russia Meddling in Our Elections... But Not if Bernie Benefits
Beth Baumann