A Pilot on Hijacking of MH370 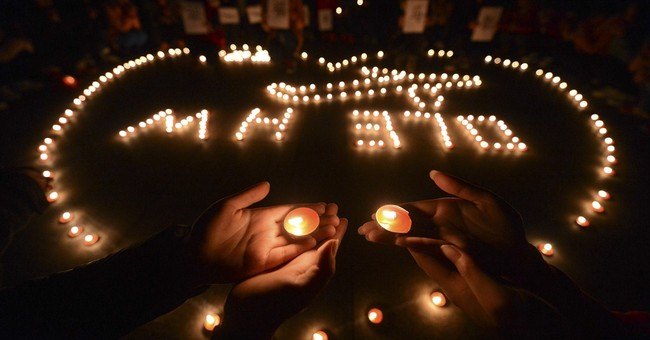 As a cyber security professional, I spend much of my time thinking about how to defeat systems in order prevent others from doing the same. And several years ago, my team performed vulnerability assessments on air traffic control systems for the FAA. But I am no aviator. So to speculate on what may have become of Malaysia Airlines Flight 370, I engaged in conversation with a commercial pilot who flies for a major American airline. Between the two of us, we arrived at some theories on the mystery surrounding the missing plane.

Our conclusion is that the hijacking was cleverly executed. What is yet to be discovered, however, is whether its return to Earth also occurred as planned. Here are our odds-on rankings for the various theories regarding the disappearance of the Boeing 777:

Cause of the mishap:

Parked at a makeshift landing strip – 15%

Hidden in a hangar inside a rogue nation – 5%

The erratic altitude changes indicate a likely struggle for the controls and that the aircraft was being piloted by someone who is not proficient at flying. After diverting from the flight plan, the 777 ascended to 45,000 feet. Aside from this not being the optimal cruising altitude, this is the ceiling that the aircraft is capable of reaching.

The two communication systems, the transponder and ACARS, were turned off 12 minutes apart. This shows that going silent was deliberate. The transponder merely broadcasts the altitude of the aircraft, along with the unique code assigned to that flight. Cockpit communications with the more modern system, the Aircraft Communications Addressing and Reporting System, or ACARS, sends out altitude, heading, wind speed, current position and next position.

But ACARS is more interesting than just status communication from the flight deck. This is the airline industry’s global, satellite-based version of the Internet. In addition to the automatic flight status being broadcast, the network carries instant messaging between the crew and the airline that owns the plane. Sensors on the aircraft also automatically provide information for ground operations to prepare for maintenance and repair of components. In the case of Malaysia Airlines Flight 370, the engine manufacturer, Rolls Royce, was receiving automatic parameters from engine sensors every hour, including fuel flow and temperature.

The location for the hijacking is also very relevant. Security at Kuala Lumpur International Airport is nowhere near as strict as catching a flight from New York; case in point are the two passengers who boarded Flight 370 using stolen passports. Also, Malaysia is very near the open seas, where active radar and alert military are not around. If you are going to steal a wide-body jet, this is a great place to do it.

The time of day is also relevant. Flight 370 took off in the dark of night, at 12:41AM. Commercial imaging satellites primarily use optical cameras. That is, they do not see in the dark any better than your iPhone. So there are no Google Earth images of where the 777 went. We only know from Malaysian military radar that the plane diverted west, over the Indian Ocean.

The purpose in capturing Flight 370 is pure speculation. Perhaps it was stolen for later use by terrorists or for the value of the aircraft and its cargo. Or maybe the hijacking was an airline version of pirating, with intentions of holding passengers for ransom. We may never learn the goal.

But the one flaw in the hijackers’ planning that likely foiled everything was an understanding of fuel consumption. A long runway is not necessary to safely, or even roughly, land a 777. It’s the takeoff that requires distance. So many locations could have been used. And an inexperienced pilot could guess that the fuel that would take Flight 370 to Beijing could also carry them the eight hours to their intended landing spot.

But the plane dropped in altitude, likely to remain under the reach of radar. At 30,000 feet, Flight 370 was fueled to fly for about eight hours. At 5,000 feet, that same fuel would be spent within five hours. And, indeed, the Rolls Royce engines reported their status for about five hours.

As my pilot friend pointed out, Sully Sullenberger demonstrated on the Hudson River that a jet really can be landed on water. He surmises that a controlled landing in the Indian Ocean by inexperienced pilots could keep the plane from creating the typical giveaway “debris field.” However, it is also likely to have sunk rather rapidly in two or three large sections.

The Indian Ocean is vast and deep. And while nefarious plans may have been foiled by a miscalculation, over two hundred innocent souls have likely joined them. Prayers.