When Teachers Become the Board of Dictators 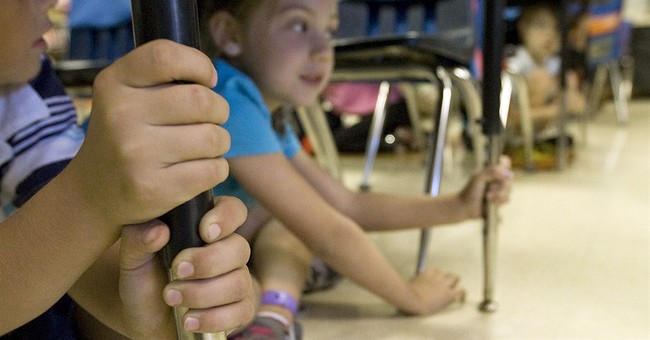 The notion of a governing board is to provide authoritative representation within organizations whose interest is jointly held by multiple individuals. For instance, machinery manufacturer Caterpillar Inc. is owned by literally millions of people who have purchased stock in the company. Their relative number of shares equates to their percentage of ownership in Caterpillar. Along with the financial stake, ownership also translates into voting rights for electing members of Caterpillar’s governing board.

The governing board for a corporation or a non-profit is referred to as the board of directors. College and University institutions carry the terms board of trustees or board of regents. At the K-12 level, we use the common term board of education. The selection of the members of each governing board is made by vote of the stakeholders.

The most common vote cast by corporation stakeholders is for the purpose of selecting the members of the board of directors at the annual shareholders meeting. Board members of privately held educational institutions are typically selected by the standing board members. For public educational institutions, both university and K-12, the represented citizens select the board members through the civic election process.

Governing boards are structured in generally the same manner, whether a corporate board of directors, a university board of trustees, or a board of education. Their duties include: guiding the organization by way of broad policies and objectives; appointing, supervising, and compensating the chief executive officer; managing the availability of financial resources; approving overall annual budgets; and accounting for the organization’s performance to the stakeholders.

For a corporation like Caterpillar, the board of directors is a group of 15 professionals who are entrusted by the shareholders to ensure a good return on their investment. The Chairman and Chief Executive Officer (CEO) reports to the Caterpillar Board of Directors. And all employees ultimately report to the CEO. Should the company not perform well, the board is expected to make adjustments to financing or, when necessary, a change in leadership personnel. And shareholders meetings afford the opportunity for the stakeholders to ask driving questions and register their opinions as the ultimate organization authority.

Of course, it would be unseemly for employees to assert their points of view at a shareholders meeting. How awkward would it be for employees to step up to the microphone and give the Board of Directors a piece of their mind about board policy and how their boss ought to be getting things done? Caterpillar has a well-established management hierarchy to accept employee recommendations and a fully staffed human resources department to address matters of morale.

And how unnatural would it seem to Caterpillar stockholders if they were to receive campaigning from company employees attempting to persuade their board membership votes? It would make sense for shareholders to challenge each other in coming to a majority decision about which individuals would best serve their interests in guiding the company’s direction. Employee morale and welfare would certainly rank high on the list of the shareholders’ concerns. But shareholders receiving mail, phone calls, and front-porch visits from the Caterpillar employees’ union would be unwelcome and downright creepy. But that is the methodology of teachers unions in the K-12 world.

Ever since Massachusetts Senate President Horace Mann ushered in America’s first board of education in 1837, voters have been electing their fellow citizens to represent community values in education. And the decisions are not simple. Considerations include levels of taxation, curriculum, and standards of achievement. Every parent argues for the finest preparation, every taxpayer argues for the most effective investment, and every thinking citizen argues for principle.

Once board members are elected, they avail themselves to the citizen stakeholders in public meetings. Policy discussions and decisions are made in the open for parents and taxpayers to witness and to persuade. The system is as flawed and as wonderful as a shared responsibility can be, executing democratic principles on behalf of those most precious to us all.

Each of us remembers that teacher who inspired us to chase our daydream (thank you, Christopher Cox), found a way to make Spanish class interesting (gracias, Señora Balestri), or got us to actually look forward to geometry tests (thank you, Tom Stager). We ask a great deal of those who teach. And we value them for their skills, talents and devotion to our students. But I contend that it is wholly improper for a teachers union to assert itself into the citizens’ debate over K-12 boards of education. And it is plain malapropos for teachers to short-circuit the district hierarchy by addressing the board members directly at school board meetings. These public practices amount to sacred customs that do not invite the interference of a closed interest.