Mr. President, You Owe America an Apology. We Did Drill Our Way to $2 Gas

Marita Noon
|
Posted: Feb 24, 2016 4:33 PM
Share   Tweet
The opinions expressed by columnists are their own and do not necessarily represent the views of Townhall.com. 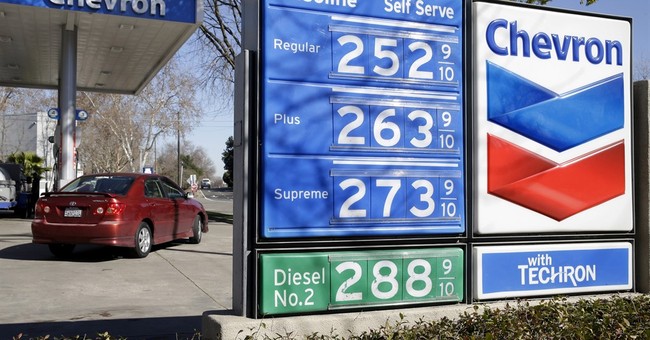 “We can’t just drill our way to lower gas prices,” President Obama told an audience four years ago at the University of Miami. Like this year, it was an election year and Obama was running for re-election. Later in his speech, he added: “anybody who tells you that we can drill our way out of this problem doesn’t know what they’re talking about, or just isn’t telling you the truth.” He scoffed at the Republicans for believing that drilling would result in $2 gasoline—remember this was when prices at the pump, in many places, spiked to more than $4 a gallon: “You can bet that since it is an election year, they’re already dusting off their three-point plans for $2 gas. I’ll save you the suspense: Step one is drill, step two is drill, step three is drill.”

Well, Mr. President, you owe America, and the Republicans, an apology. Your snarky comments were wrong. The Republican’s supposed three-point plan, which you mocked, was correct.

I don’t expect our presidents to be energy experts, but they should be advised by the brightest minds in the business. Obviously, Obama surrounds himself with ideologues.

Today, on the four-year anniversary of another of Obama’s inaccurate predictions, we have drilled our way to $2 gas—despite the fact that he has supported the anti-fossil-fuel movement’s efforts to impede and block oil production. In fact, due to American ingenuity and initiative that successfully combined horizontal drilling and hydraulic fracturing, we are producing so much it has resulted in a global glut of oil and a national average gasoline price of $1.70. According to AAA, the cost per gallon has been below $2 for 25 days.

In his message in Miami, he bragged: “under my administration, America is producing more oil today than at any time in the last eight years.” Yes, that is true. But it is not because of Obama’s support. A Congressional Research Service report released last year found that since fiscal year 2010 oil production on federal lands is down by 10 percent, while it up 89 percent on state and private lands. Obama aligns himself with those who want to “keep it in the ground”—who count his “no” decision on the Keystone pipeline as their biggest victory to date.

Funny, in the 2012 speech he said: “Over the last three years, my administration has approved dozens of new pipelines, including from Canada.” That was then.

He then launched into his requisite rhetoric on renewables: “The United States consumes more than a fifth of the world’s oil. But we only have 2% of the world’s oil reserves. That means we can’t just rely on fossil fuels from the last century. … Because of investments we’ve made, the use of clean renewable energy in this country has nearly doubled. … As long as I’m President, I will not walk away from the promise of clean energy. I will not cede the wind or solar or battery industry to China.”

Wait! Wind and solar do not reduce our need for foreign oil. Wind turbines and solar panels do produce electricity—albeit ineffectively, inefficiently and uneconomically. But we do not have an electricity shortage. We do not import electricity. We do not make electricity from oil. Automobiles run on gasoline made from oil—for which the president’s new budget includes a $10 a barrel tax that translates to about 24 cents per gallon.

Four years ago, in Miami, he said: “…high gas prices are like a tax” straight out everyone’s paycheck. Yet today, he wants to increase the nearly $.45 a gallon we currently pay in taxes to $.69.

Obama’s false “We can’t just drill our way to lower gas prices” prediction was made during an election year. During this election year, is a good time to be reminded that, without government “investment,” we did drill our way to lower gas prices. At the same time, taxpayer-supported renewable projects continue to go bankrupt and be shuttered—taking with them our money and the jobs they promised to create.