U.N. climate change talks: it’s really all about the money 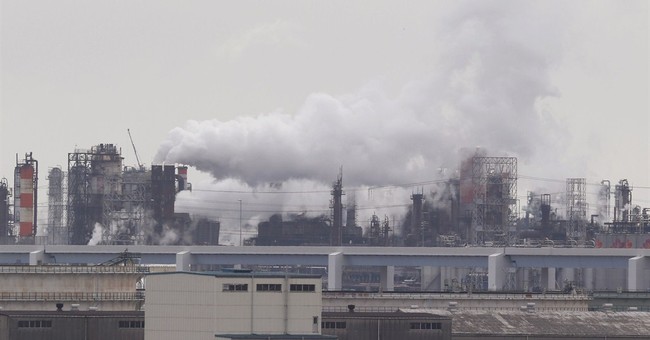 “Rich countries are still not pledging enough money to begin financing a shift to a cleaner global economy,” reports the Financial Times (FT) in its coverage of the United Nations climate talks in Warsaw that ended with little more than a “vague road map on how to prepare for a global climate pact they’re supposed to adopt in two years.”

Leading into what has now been called an “unsatisfactory summit,” predictions suggested the “talks could collapse because of a lack of financial support from rich nations.” Delegates from developing countries, such as Ecuador’s lead negotiator Daniel Ortega, believe “an effective 2015 emissions reduction agreement has to be based on a clear financial package.”

Ortega stated: “I’m not personally expecting any commitment by Warsaw. What we need to have is a clear roadmap of how the discussions of financing will allow us to have a clear idea of commitments by 2015.”

Even low expectations like Ortega’s were dashed when, on the opening day of the climate talks, November 11, Australia’s Prime Minister Tony Abbott’s government produced a document, outlining its position at the Warsaw conference, which boldly stated: “Federal cabinet has ruled that Australia will not sign up to any new contributions, taxes or charges at this week’s global summit on climate change.” The Australian points out: “This rules out Australia playing any role in a wealth transfer from rich countries to developing nations to pay them to decrease their carbon emissions.” But, perhaps, the most dramatic line in the government document is: Australia “will not support any measures which are socialism masquerading as environmentalism.”

A few days later, November 15, Japan announced that “its emissions would increase slightly rather than fall 25 per cent as promised in 2009.” Japan was struggling to meet its previous emissions promises—which were the most aggressive of any big developed country—even before the Fukushima accident prompted the shutdown of its 50 still-operable nuclear reactors and its corresponding rise in the supplemental use of fossil fuels.

Then on November 20, news came out of England stating that Prime Minister Cameron is telling everyone: “We’ve got to get rid of all this green crap.”

All of this is on the foundation of Todd Stern, the Obama Administration’s chief climate diplomat, dialing back expectations when, during an October 22 speech in London, he addressed U.S. involvement: “an international agreement is by no means the whole answer.” He pointed out “the need to be creative and flexible” and acknowledged the “hard reality” that “no step change in overall levels of public funding from developed countries is likely to come anytime soon.” Stern added: “The fiscal reality of the United States and other developed countries is not going to allow it.”

Toward the end of the conference, “six environment and development groups walked out, saying the annual round of talks had delivered little more than hot air.” A statement from Greenpeace, World Wildlife Fund (WWF), Oxfam, ActionAid, the International Trade Union Confederation and Friends of the Earth said: “The Warsaw climate conference, which should have been an important step in the just transition to a sustainable future, is on track to deliver virtually nothing.” Samantha Smith, leader of the WWF’s climate and energy initiative called the meeting a “farce.” She told the FT: “Finance is one of the big reasons we walked out. Expectations were that developed countries were going to put money on the table, but what happened when we got here was exactly the opposite.”

In a statement, Smith blamed: “Japan's announcement that it would not reduce emissions as promised, Australia’s decision to end its carbon tax and Canada’s congratulating the latter on its new climate policy.”

Just as it looked like predictions of collapse would come true, a last-minute compromise came through in overtime: the Warsaw international mechanism for loss and damage (IMLD). Stern led the 36 straight hours of “bad-tempered negotiations”—including a standoff between the US and developing nations—in which “countries of the South … finally won.”

Addressing the IMLD, the Associated Press (AP) reports: “agreements were watered down to a point where no country was promising anything concrete.” While the IMLD was agreed upon, according to The Hindu, “deciding how this mechanism would get the funds in future” remained unresolved. And, BusinessGreen.com bemoans: “the vague wording fell short of the kind of detailed commitments on additional funding and avoided a commitment to compensation that many developing nations had been seeking.”

So, while a deal was reached that allows “just enough to keep things moving,” little is really expected. The AP states: “In two-decades, the U.N. talks have failed to provide a cure to the world’s fever.” Even Connie Hedegaard, European climate commissioner, acknowledges: “the process needs to provide a ‘substantive answer’ to global warming in two years to remain relevant.”

Fortunately, Mother Nature can’t be bought. Despite the billions the world’s wealthy nations have provided to poorer countries, global CO2 emissions have continued to rise. As the Washington Post reports, from 2010-2012 only about $5 billion of the $35 billion actually went toward helping poor countries prepare for actual climate change impacts. $100 billion per year is expected by 2020 but “most developed countries are failing to demonstrate promised increases.”

Britain was one of the “wealthier nations” to promise billions in aid, but it is balking, too. Ed Davey, energy and climate secretary, believes that paying additional compensation to poorer nations is “not fair or sensible.” The Telegraph states: “Growing numbers of Tory backbenchers are now calling for the government to withdraw from expensive climate change and carbon commitments.”

Douglas Carswell, Tory MP, sums up the so-called climate compensations: “We’re spending money that we don’t have to solve a problem that doesn’t exist at the behest of people we didn’t elect.”

Canada, Australia, Britain, and even Japan—home of the landmark Kyoto climate talks two decades ago—are coming to their senses. The US held out until the very last minute—and then capitulated by agreeing to the IMLD.

It really is all about the money. The Abbott Administration has stated: Australia’s efforts on greenhouse gases will be conditioned by “fiscal circumstances.” Japan, acknowledges its need for energy: “Although Japan’s economy is one of the world’s most energy efficient, the country is still the fifth-biggest CO2 emitter, owing to its large-scale concentration of manufacturing industries.” Britain’s Carswell says: “The rethinks that have happened in Japan and Australia and elsewhere desperately need to happen here as well.” Ditto for America. After all, they’ve had their way for twenty years—CO2 emissions have gone up, the economy has gone down, and global warming has stalled.