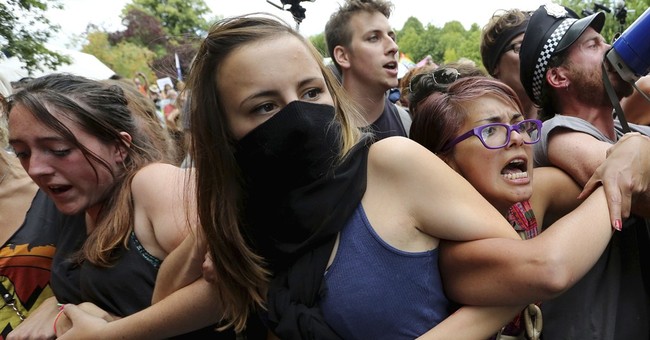 The fight against hydraulic fracturing has recently ratcheted up. On November 5, one town in Ohio and three in Colorado, passed ballot measures designed to ban or temporarily halt hydraulic fracturing—the brief (3-5 day) phase, often referred to as “fracking”—that is essential to the advanced oil-and-gas extraction processes that have given America the lead in global energy production. A fourth Colorado town awaits a recount. Initial election results showed the moratorium in Broomfield, Co—failed by 13 votes. However, on November 13, after all the overseas, military, provisional and other outstanding ballots were counted, it had passed by 17 votes. A margin of less than 0.5 percent triggers an automatic recount—leaving the final outcome currently unknown. In Bowling Green and Youngstown, Ohio, the opposite happened. Similar proposed bans against fracking were defeated.

Of the four votes in Colorado, Tisha Schuller, president of the Colorado Oil and Gas Association (COGA) calls the Boulder and Lafayette votes merely “symbolic,” and noted that “Lafayette's last new well permit was in the early 1990s and Boulder's last oil and gas well was plugged in 1999.”

However, Fort Collins, CO, is near the promising production of the Niobrara shale. The Fort Collins city council passed a resolution encouraging voters to reject the proposed moratorium. And, in Broomfield, the city council, in August, entered into a memorandum of understanding that would allow energy company Sovereign to drill 21 wells—as long as stringent standards are met. In these cities, these five-year bans will bite.

In Ohio, the Oberlin ban is, likewise, “symbolic,” as Oberlin, a college town, has no drilling plans. Bowling Green, which rejected the ban, also has no drilling plans. However, in the Mahoning Valley where Youngstown is located, there is current oil-and-gas activity. In Youngstown, which is a depressed former steel town, residents have twice voted down a fracking ban. The Akron Beacon Journal reports: “the United Association of Plumbers and Pipefitters Local 396 spent more than $74,000 trying to defeat the amendment. The union called it a job-killer.” Supporters of the ban claim “the loss can be explained by voters who are hard up for the jobs energy development brings.” (Note: “energy development” does bring jobs.)

Within the past year, Longmont, CO, became the first town in the state to ban fracking and Mora County, NM, became the first county in New Mexico to ban the “extraction of oil, natural gas, or other hydrocarbons.”

National Geographic states: “the wins provide momentum for the national movement to ban hydraulic fracturing, or fracking.” Former Colorado State House Representative, B.J. Nikkel, is quoted as saying: “This is round one in a much longer match.” Mora County Commissioner, John Olivas, declared: “We’re ready for this fight.” Fracking opponent, Gretchen Goldman, an analyst at the Union of Concerned Scientists’ Center for Science and Democracy, said: “The decision of whether or not hydraulic fracturing occurs in these Colorado communities may ultimately lie with the courts, where the city of Longmont is already being sued by COGA and the state of Colorado over its fracking ban.”

Because fracking is governed by the states, the bans put cities and counties at odds with state—and even federal—laws. According to a New York Times (NYT) article written at the time of Longmont’s fracking ban passage (November 2012), Colorado’s Democrat Governor, John W. Hickenlooper, warned residents of a lawsuit from the state and insisted that only the state has “the authority to regulate drilling.”

Ohio’s Department of Natural Resources also, according to RC 1509, has the “sole and exclusive authority to regulate the permitting, location, and spacing of oil and gas wells and production operations within the state …” A recent lawsuit in Ohio challenged the idea of “preemption.” The City of Munroe Falls argued “home-rule” authority to regulate gas-drilling operations and won the case in the Summit County Court of Common Pleas, but was reversed by the Ninth District Court of Appeals in what has been described as a “knock-out punch.” The case will now go before the Ohio State Supreme Court with a decision expected this spring.

Stan Dempsey, President of the Colorado Petroleum Association, told me he “expects the Fort Collins and Broomfield bans will be fought in court.”

The NYT states that seven former mayors of Longmont fought the ban and cites Bill Swenson, who said the ban was “contrary to state laws.” Swenson believes, “We are, in effect, taking your property.”

In New Mexico, where a lawsuit was filed, on November 11, against the Mora County drilling ban, former State Land Commissioner Pat Lyons, agrees. Under his leadership, many tracts were leased for potential drilling in Mora County which he said “could be a big boon for the economy.” Lyons told me Mora’s drilling ban is a “private property takings.”

However, the lawsuit against Mora County, and its leaders, didn’t go the “takings” route. Instead, the Independent Petroleum Association of New Mexico, along with one individual and two New Mexico land owners, argue that Mora County’s ordinance violates their rights under the First, Fifth, and Fourteenth Amendments to the U.S. Constitution, as well as corresponding rights under the New Mexico Constitution. The suit alleges that the Commission lacks authority to pass this unconstitutional ordinance that impacts property rights, due process and First Amendment rights.

In 1978, New Mexico passed the New Mexico Oil and Gas Act, which created the Oil Conservation Commission and Oil Conservation Division, which are vested with complete “jurisdiction, authority and control” regarding the development of oil or gas. The Division regulates oil-and-natural gas activity within the State so as to protect, among other things, fresh water, public health, safety and the environment, and issues rules for “safety procedures for drilling and production of oil and gas wells.”

Unlike the Colorado lawsuits, the suit against Mora Country, has not, to date, been joined by New Mexico government. Lyons believes New Mexico’s Land Commissioner, Ray Powell, “should be taking a strong stand for New Mexico’s children. He should be one of the lead participants in the fight for New Mexico.”

Lyons is referencing the fact that in New Mexico, revenues from oil-and-gas activity on state lands go directly into the Permanent Fund and each tract has a specific beneficiary assigned to it. Some of the beneficiaries that will be losing out of the millions of dollars that could be generated over the life of the Mora County leases include: NM School for the Visually Handicapped and NM School for hearing impaired; NM State Hospital and Carrie Tingley Hospital; the NM Boys School, NM Institute of Mining and Technology, and Eastern NM University; and K-12 schools throughout the state.

“The lawlessness we have seen emanating from Washington, DC, has spread like a wildfire across the country. When elected politicians, senior administration officials, and career bureaucrats proudly proclaim that the Constitution is irrelevant and the law is whatever they say it is, it is little wonder that officials across the country follow their bad example. From coast-to-coast, isolated units of local government have declared that, regardless of what the federal and state constitutions or federal and state laws provide, they will bar their residents from using their property, creating jobs, and generating revenue and if the locals do not like it, then they can sue. I am proud that landowners in Mora County and the Independent Petroleum Association of New Mexico have the courage to demand adherence to constitutional liberties and the rule of law and have asked Mountain States Legal Foundation to represent them in that important battle.”

As Pendley indicates, all of these fracking and drilling bans and/or moratoriums are part of an attempted national movement led by the Community Environmental Legal Defense Fund, which has drafted model legislation for communities—such as Mora County, NM; Oberlin, OH; and Lafayette, CO—known as the Community Bill of Rights.

The “symbolic” votes in communities with no oil-and-gas development are part of a strategy to target left-leaning constituencies where ordinances can be passed and momentum can be built. Addressing the approach, Nikkel observed: “As the debate moves from places like Boulder and Lafayette—which come with highly Democratic constituencies—to purple Colorado, you're going to see a different outcome.”

Because of efforts to ban fracking—which, along with horizontal drilling has just allowed the U.S. to pass a milestone in the march toward energy self-sufficiency—the House of Representatives has drafted the Protecting States’ Rights to Promote American Energy Security Act (H.R. 2728), which would keep states in charge of hydraulic fracturing as they have always done and keep the EPA out of it. H.R. 2728 is scheduled to come up for a vote as early as November 18. Please contact your Representative to encourage support of H.R. 2728.

“When we talk about banning fracking, we’re talking about outlawing a process that is absolutely critical to developing our vast energy resources and intentionally forfeiting billions in economic activity and tax revenue.” Addressing the election results, Jon Haubert, Communications Director for Coloradoans for Responsible Energy Development, adds: “The need for education about one of our state’s—and nation’s—most important topics clearly won’t be going away. In Colorado especially, there are high standards and model regulations in place to ensure that the health and safety of our communities come first. As we discovered in these elections, not enough know that.” Haubert places some of the blame “squarely on the oil and natural gas industry for not properly educating the public.”

Russell Mendell, statewide director for Frack Free Colorado, has declared: “This is the point in history where communities need to decide if they want to stay addicted to hydrocarbons and fossil fuels or move toward sustainable energy.” In response, many have proposed that if communities with potential oil-and-gas development choose to ban it, they should truly break their so-called hydrocarbon addiction and quit using oil and gas.

The outcome of the fracking fight will be fought in the court of public opinion, as much as it will be in state and federal courtrooms. Though environmental groups have declared victory in this round, the fight is far from over. Earlier this year, Democratic Governor, Jerry Brown of California, signed a law in September that specifically allows fracking. Across the country, people—from Youngstown, OH, to California’s Governor Brown—understand that “energy development” bring jobs and economic growth. They understand that energy makes America great.