The Dogs of Dachau: Never-Before-Published Letter Reveals How Nazis Used Dogs for Torture

Marina Medvin
|
Posted: Oct 14, 2020 12:01 AM
Share   Tweet
The opinions expressed by columnists are their own and do not necessarily represent the views of Townhall.com. 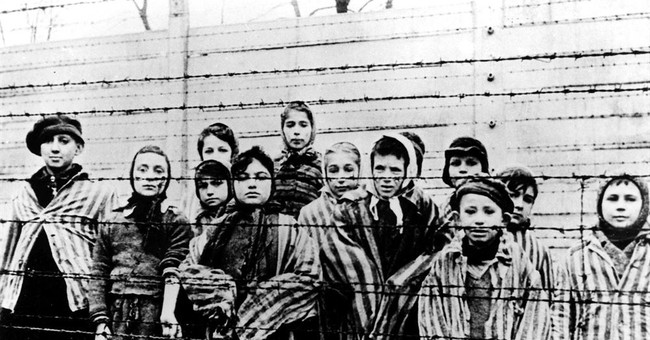 Studying Holocaust history is difficult. Our American psyches are not conditioned for the unprecedented level of cruelty that is the Holocaust. This column may be unstomachable for the weak of mind. Be forewarned.

The American liberation of the concentration camp Dachau is distinct from all other Holocaust liberations. U.S. soldiers, according to the book "The Day of the Americans," were so overpowered by the horrors of Dachau that they “summarily executed” some of the Nazis who operated the concentration camp, along with their dogs. Their dogs? I can understand the human nature that propelled American soldiers to execute the Nazis who, in that one camp alone, enslaved, tortured, and killed hundreds of thousands of men, women, and children. But why their dogs?

It is infrequently discussed when we reference the Holocaust, how Nazis conditioned and utilized dogs in the torture of their victims. Each camp kept about 50 to 60 dogs for this purpose.

“The gruesome part of this was how they killed those people. Either by torture by the firing squad, mutilation with starved bloodhounds of which each camp had about fifty or sixty, and by mass gas poisoning…” wrote U.S. soldier Leon Morin to his family in 1945, after the liberation. “The worst sight …. Dachau … I think it is wors[e] than Buchenwald…”

In 2007, the United States government initiated deportation proceedings for a former Dachau S.S. guard who moved to America after the war. In the paperwork filed with the court, the DOJ revealed that Paul Henss was a dog handler in Dachau and Buchenwald during the Holocaust and that he trained dogs “to ‘bite without mercy’ and to literally tear prisoners to pieces if they attempted to escape.” As Leon Morin describes, these dogs were starved by the Nazis in order to achieve this ferocious behavior. Historic photos show Dachau prisoners fighting the ravenous dogs with clubs to survive.

The Nazi dogs were considered by U.S. soldiers as complicit in the murders and tortures of Dachau victims, which may explain why some of the dogs were executed along with the Nazis.

But the concentration camp dogs did more than just terrorize Holocaust victims. According to Leon Morin’s letter, the dogs brought evidence of death back into the German town near the Dachau concentration camp: “…a couple of dogs got into a fight over a half-eaten human foot which was dug out of a bone pit. One of the dogs ran through [the] fence and into the town with the foot in his mouth. I wonder what the civilians in the town think of that place, I’m sure that they must have known what was going [on] inside that camp.”

What did the Germans know about the concentration camps? History shows many Germans denying knowledge of the atrocities of their pedestaled Nazi soldiers, but the reality of the evidence from the camps renders such claims impossible.

According to Leon Morin’s letter, it would take “15 minutes to cremate 50 persons.” They were burning thousands of human bodies a week. The area would have been filled with the odor of “burning flesh,” Leon Morin writes. While the Nazis attempted to camouflage the odor as coming from a nearby soap factory, which Leon describes in his letter, the confusion is simply not believable.

Leon Morin was 29 years old in 1945 when he wrote the letter described in this column to his family. The 10-page letter has never before been published. Leon’s sister Lorraine McAleavy and her son Tim McAleavy sent this very special letter for me to share with our readers. This is the second in a series of three columns I will dedicate to Leon Morin’s letter.