Marina Medvin
|
Posted: Sep 26, 2018 11:06 AM
Share   Tweet
The opinions expressed by columnists are their own and do not necessarily represent the views of Townhall.com. 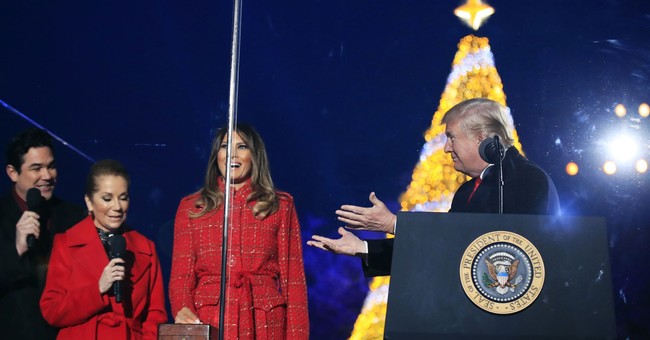 The movie has run into a variety of difficulties with funding and support due to the conflict between the film's an anti-abortion message and the hostile leftist views of the Hollywood world.

Dean Cain, however, is just an actor in the movie, not a representative of any socio-political message that the film may be interpreted to signify. Cain's personal views are wholly irrelevant to being an actor and playing a role in a cinema. Nevertheless, he has been attacked for the message of the script and for promoting the movie, even though movie promotion is a staple in Hollywood, something that all actors do when their film is approaching the release date.

Most recently, Cain has been attacked for discussing his movie with an organization that lobbies for strict Christian values.

Cain spoke at the Family Research Council’s Value Voters Summit about the movie, a PR appearance to entice potential viewers. GLAAD and other gay rights activist groups pummeled on Cain for the appearance, accusing him of hatred towards the gay community. What did his movie discourse have to do with gay rights? Nothing. And that is how Cain responded. "I’m not there to do anything other than discuss the film, Gosnell." And, Gosnell does not implicate any issue connected in any way with LGBTQ. So why the outrage? What does any of this have to do with gay issues?

The LGBTQ mob took it upon itself to interpolate their ideological grievances with the Christian lobby into Dean Cain's uncorrelated PR event. The LGBTQ mob transformed the movie promotion into a self-victimization demonstration. They made up claims about Dean Cain "bashing" gay people and making anti-LGBTQ "remarks." The accusations were completely false. Cain did nothing of the sort. He promoted a movie about a topic that had absolutely nothing to do with gay issues. He never said anything at all about the gay community. More interestingly, Cain supports all freedoms, including sexuality freedoms of LGBTQ. Cain is actually on their side. Simply, the forum where Cain spoke included Christians who disagreed with LGBTQ on various political issues.

Cain has spent the past few days responding to insults and outrageous comments on Twitter, trying to assuage the LGBTQ mob with reason and logic–attempting to show them that they are creating ideas and self-pity out of thin air, that he did not insult them, that in actuality, he is a supporter of gay rights. He called them out for irrationally lashing out at someone just speaking to people who hold opposing political views, on a topic not even related to those views. Mobs, however, do not exhibit active listening skills, and so Cain's attempts have fallen on deaf ears.

"It was very interesting to see the Twitter mob start making baseless accusations, and see the story reprinted over and over again in different digital publications as though it was fact," Cain stated. The accusations are completely false, he stressed. "It was guilt by association, guilt without evidence, and guilt without due process–a story becoming too familiar these days."

Dean Cain differs from the average Hollywood actor. He believes in freedom, not thought control. He is on the NRA Board of Directors because of his strong stance on Second Amendment rights. He is pro-choice but believes that late-term abortion is wrong. Cain supports Republican Senate candidate John James. He is a Christian who prays. He is a sworn police reservist. And he supports gay rights. Cain is a true independent.

"Pro-choice, pro-life, anti-religious folks, super religious folks, anti-Hollywood folks, folks who just don’t like me, anti-FRC folks, supporters of the Southern Poverty Law Center, and LGTB activists. I was attacked by individuals from all of [these] groups–for attending the summit, for being pro-choice, for making the movie Gosnell, and even for supporting gay rights," Cain revealed. This is why he criticized his attackers as "intolerant," he explained. Cain was referring to all of them. He was calling out the mob for their utter inability to stomach his involvement with people who had opposing political views, an all-too-common story these days which has resulted in a division of our country and of our personal friendships. A disappointing reality for Cain and for all of us who remain open to discourse and friendships with those of opposing viewpoints.

Gosnell opens in theaters on October 12 and is sure to be an interesting and thought-provoking experience.