The Black Sisyphus / The Folly of Critical Race Theory

Marc Little
|
Posted: May 14, 2021 12:01 AM
Share   Tweet
The opinions expressed by columnists are their own and do not necessarily represent the views of Townhall.com. 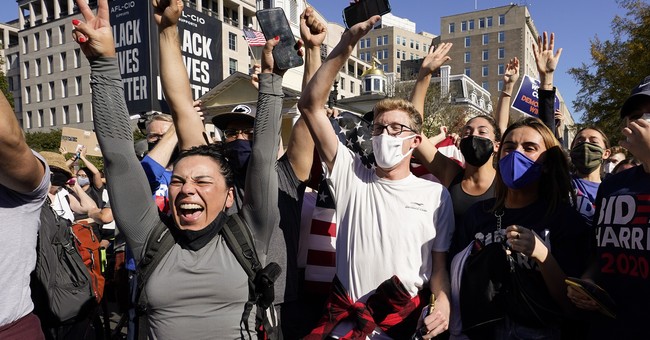 Sisyphus, the Greek mythological figure, cheated his own death twice by deceit and trickery. As a result, he was punished and consigned to rolling a boulder up a hill for eternity. The plight of Sisyphus is an allegory for pointless efforts or better said, acts of futility. The promotion of Critical Race Theory (“CRT”) across American society by the intelligentsia embodies Sisyphean behavior.

Cultural Marxism and its progeny (e.g. CRT) are the new boulder that the newly formed Black Sisyphus will roll up the hill for an eternity and many American Black scholars have taken the bait to accomplish the absurd believing they may bring about racial harmony.  Here is why it is futile:

Cultural Marxism is an economic theory best associated with Karl Marx that posits class struggle is between the Bourgeoisie and the Proletariat on the inevitable road to Communism brought about by a socialist revolution.

Cultural Marxism became critical of western thought (“Critical Theory”) in the 1920’s and expanded thinking to race, class, and gender.  As repackaged liberation theology from the 60’s, CRT is simply the culturally acceptable Trojan Horse for Marxism that redefines the social construct of “racism.” It is only about power; the theory and movement have nothing to do with race. (Incidentally, that focus on power and not race can also be said of the Black Lives Matter Global Network Foundation.)

Attempting to confront power structures, CRT divides America into two categories: Oppressor and the Oppressed.  This is known as “Intersectionality” and was introduced by Kimberly Crenshaw in 1989.  The Oppressor is defined as white, male, heterosexual, cis gendered, (naturally born male), able-bodied and native born.  The Oppressed are ranked by degrees of “oppression”.  If you are black, you are oppressed.  If you are black and gay, you are more oppressed.  If you are black, gay, and female, you have an even greater degree of oppression.  And so on.  The point being, the more oppressed one is, the more moral authority one has which is accompanied by the least amount of responsibility. And to the Oppressor, you gain moral authority by surrendering your power to the oppressed.  This is called being “woke” and purports to accomplish the goal to reverse the so-called “privilege” held by the “white man.” It is an effort to force so-called “equality.”

In America, the CRT rejects our founding principles. We believe that “all men are created equal” under the Declaration of Independence and have certain inalienable rights endowed by the Creator-life, liberty, and the pursuit of happiness.  These are choices.  Beyond that which intends to provide equal opportunity for all, CRT begs for the impossible. It demands equality in outcomes or worse, it demands to invert economic realities.

To those who believe CRT is a vehicle to discuss race in America, they mistake the goal of CRT which has little, if anything, to do with race.  You cannot engage in a meaningful discussion about race with the threat to demand “the white man” surrender his achievements to bring about an ambiguous quest for parity, notwithstanding the history that gave many a head start.  Rather, the response must be, “Get out of my way, and let me catch up.” The demand to be “woke” and surrender, because of Intersectionality, is nonsensical, unproven, and unbiblical.

CRT believes in “grouping” humanity rather than the biblical view that we are all created equal and in the image of God-the opposite of Intersectionality.  CRT defines sin as oppression.  The Bible defines sin as anything that defiles God’s design for people, including unjust oppression. CRT finds that salvation is only needed for the oppressor and is found through social liberation here and now on earth brought about through activism. Christian salvation is through acceptance of Jesus Christ and our hope is in eternity and not on earth.  CRT is driven by a view that stands in stark contrast to a Christian theology and should be rejected.

A fringe group of Black leaders, many of whom are pastors, will undoubtedly carry the boulder of Critical Race Theory up the hill in a futile effort to dismantle the “power structures” (under the guise of racial justice). Other Blacks will simply do the work of productivity– they will get on with it –to carve out a spot on the sorted and colorful tapestry of America and leave a mark knowing that the social construct of race is a stumbling block best seen as a distraction and that the intelligentsia are more the problem than the solution.

Marc T. Little is the Executive Director of CURE America Action, Inc., a 501 (c)(4), headquartered in Washington, DC, advocating messages of Christianity, Capitalism, and the Constitution across the nation.  Little is a pastor, attorney, and political strategist.