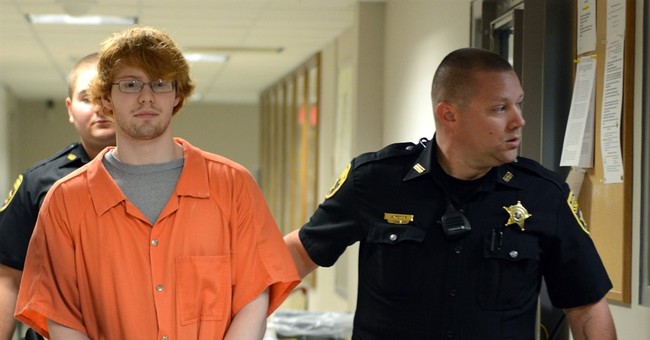 In early June, 22 year-old Kalief Browder took his own life after spending three years, including stints in solitary confinement, on Rikers Island, New York City’s troubled jail. Upon reading the story, one might be forgiven for thinking that Browder was serving time on account of being convicted of a crime. In fact, though, he served these three years as a pretrial detainee and the charge against him of stealing a backpack was ultimately dropped. While Browder had a prior offense, he would have secured release had he or his family been able to afford a $3,000 bond.

The length of time Browder spent behind bars while awaiting trial was far more than the average, but pretrial detention for extended periods is hardly unusual. More than 400,000 Americans in jails today must remain there until their case is resolved, which often takes months and occasionally years. Of course, these individuals remain innocent until proven guilty and indeed in 19 percent of cases the charges are never brought or dismissed.

The valid purposes of the pretrial justice system are to ensure that individuals appear at all proceedings to answer for the conduct that led to their arrest and prevent the individual from being re-arrested during the intervening period, particularly for a serious crime. However, the ubiquity of pretrial detention effectively flips the traditional order of the justice system in which most people assume the punishment occurs after conviction. In fact, in New York City,
CARTOONS | Steve Kelley
View Cartoon
46 percent of defendants

who did not make bail were not sentenced to incarceration, with about half never convicted and the other half receiving a non-custodial sentence such as probation.

Additionally, defendants detained pretrial are four times more likely to ultimately receive a jail sentence and three times more likely to ultimately receive a prison sentence compared with otherwise similar defendants who are released prior to trial. Significantly, the effect is even more pronounced among those assessed as low-risk. The terms of incarceration are also two to three times longer for those kept behind bars until their case is resolved. Reasons for these disparities could include: it is harder to coordinate a legal defense while behind bars, prosecutors have more leverage to secure a plea to their liking while the defendant is jailed, and once someone is successful on pretrial supervision it may make the judge more likely to find them a suitable candidate for probation.

Then there is the cost to taxpayers of incarcerating individuals up until their trial, which amounts to approximately $9 billion a year. Perhaps most importantly, research has found that, when held two to three days, low-risk defendants have a nearly 40 percent greater likelihood of committing new crimes than comparable defendants held no more than 24 hours. This could be due to the loss of employment, housing, and even family during lengthy periods of pretrial incarceration.

Thus, the stakes are high, as is the potential for government to do more harm than good. Yet, traditionally, it has been those on the left who were primarily concerned with over-incarceration, including in the pretrial context. Yet, among the most ascendant principles in the modern conservative, and especially Tea Party, movement are limited government and individual liberty. It is increasingly difficult to square current pretrial policies and procedures with these principles. Therefore, it is perhaps not surprising that a growing consensus is emerging that, even as a relatively small number of violent and dangerous individuals must be kept behind bars pending the resolution of their case, we must not allow pretrial incarceration to grow in scope like so many other government programs, which often begin with a core function and then metastasize over time.

There are seven keys to ensuring the principles of limited government and individual liberty properly constrain the use of pretrial incarceration. These are: 1) reining in the excessive number of jailable offenses that result in unnecessary arrests 2) providing discretion for police to divert appropriate individuals from jail; 3) use of actuarial risk and needs assessments; 4) reducing bond amounts and incorporating risk level and ability to pay; 5) ensuring rapid appointment of counsel so that defendants have a voice in the decision on the bail amount and other pretrial conditions ; 6) utilizing pretrial supervision to monitor appropriate defendants prior to trial, particularly those who cannot afford bail; and 7) creating a mechanism for individuals with warrants for minor offenses such as traffic violations to come forward and avoid jail by paying or perform community service if indigent.

The next part of this two-part series will examine how each of these solutions can help lead to a pretrial justice system that protects public safety while advancing the core principles of limited government and individual liberty.