BP and the Union Foot on Obama's Neck

Lurita Doan  |  May 31, 2010
The opinions expressed by columnists are their own and do not necessarily represent the views of Townhall.com.
Top Columns
Trending on Townhall Media 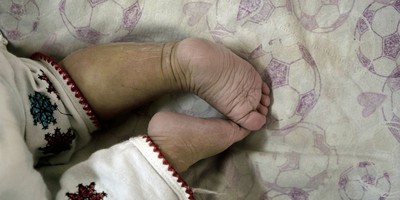 President Obama probably hopes that much of the blame for the poor government response will stick to Birnbaum, whom he implied was responsible for the unprofessional conduct of government employees in the Department of Interior that contributed to the disaster.   There’s lots of blame to go around and many examples of irresponsibility and poor decisions within the government.

Still, blaming all on Birnbaum is unfair.  Birnbaum knew that there were serious government employee performance problems within MMS with employees caught viewing  pornography on government computers, using crystal methamphetamines prior to work and potentially falsified oil rig inspection reports .   I bet she even wanted to discipline these employees but was thwarted by the strong protections enjoyed by unionized federal civil servants, where firing a federal employee in one of the many powerful Labor Unions is almost impossible.

Years ago, George H.W. Bush tried to push reforms to make it easier to dismiss federal employees for gross incompetence. He tried to push for random drug tests.  Ironically, the local AFGE #3457, one of the unions that represents the Gulf of Mexico-based workers of MMS, argued, that government insistence upon random drug testing was a violation of worker rights.  Even in the event of a finding, the union worker would have the right to “grieve’ and protest firing in a four step process, which takes, at a minimum, 72 days during which time the government union employee cannot be penalized until the arbitration is completed.

President Obama may hope to divert attention to the idea that MMS employees were poorly led and locked in a cozy relationship with the oil industry.  Just don’t expect him to admit that labor unions, representing federal employees, would not have easily allowed the firing any of the MMS employees.

Obama has strengthened the power of labor unions representing federal employees. If there is a “boot on anyone’s neck”, it’s the boot of unionized labor on the neck of the Obama Administration with a union finger in every pie.  In deed and word,  the Obama Administration has shown favoritism for unions.  Obama appointed the head of the SEIU to a White House Advisory position, putting the fox directly in the hen house.    A close look at many of Obama’s appointees, from Secretary Hilda Solis to Car Czar, Ron Bloom, demonstrates the unusually strong union influence on the Obama Administration. These are not folks who are going to make a stand on behalf of the American people and rock the union boat by reprimanding and punishing union employees.

So where does this leave things? That depends.  If the BP oil spill is capped soon, then public attention, can be diverted by the inevitable barrage of litigation that will ensue, and the union employees, whose egregious behavior caused their leader to step down, will be quietly reassigned to other divisions, and get off with a wrist-slapping.

On the other hand, if the Administration continues its ineffective and slow response to the BP disaster, then public ire will require more action and new pawns may need to be sacrificed to protect the White House from further criticisms.  Obama will likely criticize BP, the oil Industry, and certainly George Bush.  What the White House will not do is hold accountable onionized federal employees that have performed poorly.

Obama has empowered the unions to believe that they are a special class of employee, with special considerations and special privileges.  Obama has reinforced the belief that unionized federal employees have a right to higher pay, ever expanding benefits, and should not be held accountable for poor performance.   This might be a well-tested campaign strategy to help the White House in coming elections, but it is disastrous policy for America.