Knives Out: All the President’s Traitors

Loyd Pettegrew
|
Posted: Jun 21, 2020 12:01 AM
Share   Tweet
The opinions expressed by columnists are their own and do not necessarily represent the views of Townhall.com. 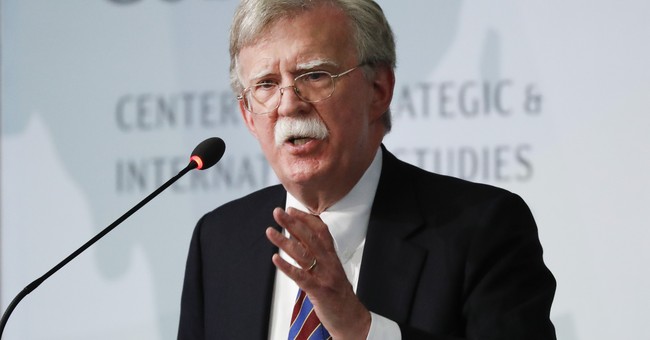 Editor's Note: This column is co-authored by Jim McCoy.

John Boulton’s new exposé on President Trump, the 558 page “Room Where it Happened,” is the second hit job in two weeks, along with Ret. General Jim Mattis’s editorial in the above reproach bastion of free speech, New York Times. There is a third literary revelation scheduled to be published later this summer by Mary L. Trump, and one by Putzlizer Prize winning journalist [SIC] Mary Jordan, ”The Art of Her Deal: The Untold Story of Melania Trump.” Obviously, the knives are now out and it’s time to slice up Trump like a sushi chef in as negative a manner as possible before the November 3rd election. What are the chances these hit jobs are mere coincidence?

Slim and none, and slim just left town!

Let’s put this into some unabashed political perspective. Both political celebrities felt the need to get back at the president. Bolton for being fired in September 2019 and Mattis who resigned in December 2018 after Mr. Trump’s decision to ignore his wishes and withdraw troops from the Syrian border with Turkey after a telephone call with Turkey’s President Erdogan.

While it may have initially seemed that Bolton was a good fit for the Trump administration, in reality he never was. Bolton brought a late 1980s security paradigm to the 21st Century. Bolton believed in holding ground and nation-building as opportunity presented itself. President Trump, throughout his campaign, clearly stated that he wanted to bring the troops home and stay out of foreign conflict to the extent possible.

General Mattis was often seen on the campaign trail with President Trump. He supported President Trump’s desire to rebuild and modernize the United States military that had been gutted by the Obama administration. General Mattis' philosophy of defense was like a game of military chess -- check and check. This is essentially the same military strategy that had emerged after World War ll, with a few exceptions. Both Bolton and Mattis brought strong preconceived strategies to the national defense table. President Trump was a pragmatist and willing to act differently in each new circumstance. All three men spoke like hawks. Two were hawks 24-7, the other, a hawk only when necessary. Say what you might, President Trump had the character and backbone to weigh carefully and overrule his advisors to do what he thought was in the best interests of America. The egos of both John Bolton and General Mattis, and their sense of knowing best, could not survive Trump’s politically nimble approach. At times, no strategy may be the best strategy. Once off the team, both men seemed intent on excusing themselves and pontificating about their former boss’ failings to an attentive mainstream media.

The same retribution dynamic was at play in both instances. After being in the national and international political spotlights, Mattis and Bolton were suddenly without media attention or the adulation to which they became accustomed. Tell-alls to major media that will longingly support and publish “Anything Against Trump” are an effective way to serve your political interests and exact revenge on the president for doing what he has an absolute right to do, which is to make the final call on how things are done and/or get replacements that are more in-tune with his policies. Most importantly, this is the election season and the mainstream media and other publishers hope to cover the Joe Biden debacle with a salacious patina.

In Bolton’s case you have the prospect of a best-selling book that is already #1 on Amazon Book’s Top 100 list. With Mattis it’s from the last gasp encouragement of the recent sanctioning of Times Editorial Editor James Bennet. The former has been displayed on the front page of every newspaper in the country along with Quaker Oats cancelling all things Aunt Jemima. It’s been a consummate progressive media crescendo over these past few weeks.

Having read through the Wall Street Journal’s extensive and glowing write-up about Boulton’s book, several things become imminently clear. First, he has a very big axe to grind having been fired. Second, he stands to make millions and millions of dollars from the sale of his hit job to progressives. Third, his Simon & Schuster’s publisher, Jonathan Karp, has a political dog in the fight having graduated from the bastion of progressive learning, Brown University with a degree in American civilization. While there he served as president and editor of the student publication, The Brown Daily Herald. He also did a journalistic stint with The Washington Post, before Jeff Bezos bought it. A lascivious best-seller does everything to help Karp’s reputation and the financial footing of the company he leads. It should be no surprise that Karp sent this book out to nearly every newspaper, talk show and left-of-center reviewer in America for promotion, despite the Trump administration suing Mr. Bolton to block publication because “the book contains classified information to people not authorized to have it.”

We all know what a problematic job President Obama did during his eight years in office. During that time there were nine books written about him. They were all lovingly reverential tributes by his journalistic fan club

A scathing account of President Trump's family affairs by Mary Trump will be considered in poor taste by most conservatives. We are generally admirable people who don't riot, march down the streets chanting something bad about someone else, destroying lives and property. Even middle-of-the-road conservatives probably wouldn't want their dirty laundry washed and dried for all to see. Could a tell-all book about Melania and Donald be much more sensational than an accurate and detailed account of Jacqueline and John Kennedy, or Bill and Hillary? In this case, remember, however, that this is not about the family inheritance or family dynamics. It is about the survival of a unique and worthy democracy. It is about whether Joe Biden will set this country on an irreversible path to socialism, and then hand that emerging socialist nation to a vice-president who has even stronger socialist political designs, perhaps tainted with racial biases, and a penchant for extreme social justice actions like reparations and even stronger reverse discrimination.