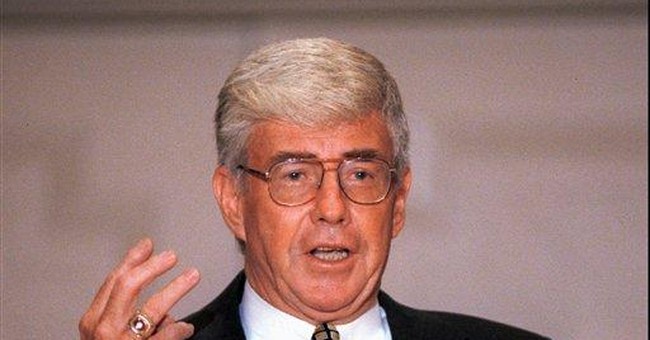 With the recent sad news of the passing of Jack Kemp, Brent Baker of Newsbusters blog  remembered the following 1996 quote from Bill Schneider of CNN.

Baker cited that as one example of how some in the news media used the selection of Kemp as Bob Dole’s presidential running mate to “deliver backhanded insults about the ‘haters’ who comprised the rest of the Republican Party.”

It often seems, especially if you watch much television, that the words “Republican” and “conservative” are associated, if not synonymous, with rich, mean, white people.  I resemble the white part, except in the summer when I sometimes turn a reddish brown thanks to my native American ancestors.  But I’ve never been rich,  unless measured in blessings, and the only people who have told me I am mean are liberals who don’t think much of my conservative beliefs (and my soon-to-be thirteen year old when she doesn’t get her way).  Most of the Republicans I know are pretty much like me.

So how is it that Republicans and conservatives have such a bad image?

How is it that Miss California, Carrie Prejean, recently answered a pageant question about gay marriage honestly, and respectfully, by echoing the same position as that of President Barack Obama and the voters of California, yet she was cast by the media as a villain?

Carrie Prejean was labeled as a dumb b*#*h (and worse) for saying, “"I think that I believe that a marriage should be between a man and a woman.  No offense to anybody out there, but that's how I was raised.”   MSNBC fake journalist, Keith Olbermann not only called Prejean a “nazi,” but made fun of her appearance, joking about cosmetic surgery she reportedly had.

President Barack Obama said of gay marriage, “I'm a Christian. And so, although I try not to have my religious beliefs dominate or determine my political views on this issue, I do believe that tradition, and my religious beliefs say that marriage is something sanctified between a man and a woman.….”  Rather than being called a nazi or a dumb bunny he is hailed as a uniter and a healer – that is, when he is not being called an enchanting savior.

Not surprisingly, the focus of mainstream media coverage was not on how similar Prejean’s comments were to President Obama’s, or how her opinion was the same as not only the majority of Americans, but Californians.

When President Bush and the GOP enacted legislation resulting in a $600 tax stimulus check for Americans, Michelle Obama said “You’re getting $600 - what can you do with that? Not to be ungrateful or anything, but maybe it pays down a bill, but it doesn’t pay down every bill…and it may even feel good that first month when you get that check, and then you go out and you buy a pair of earrings.”   But when her husband and Democrats provided $400 stimulus in tax relief earlier this year, few, if any, in the mainstream media even pointed out the hypocrisy.

How is it that when Michelle Obama wears a $540 pair of sneakers during what her husband has referred to as the worst economy since the Great depression we are not treated to dozens of MSM stories about how she is out of touch? Yet George H.W. Bush (and later Rudy Giuliani) inspired dozens of media reports about how their failure to correctly identify the price of a loaf of bread or gallon of milk showed they were hopelessly out of touch.

In a recent conference call, the RNC’s new media director Todd Herman said we need to confront the fact that some people want to believe our brand is somehow owned by Jon Stewart -- among others.  He is absolutely right. Little the Republican Party, or conservatives, have done lately seems to have made much of a difference in that image problem.  They are not setting the narrative.  Their opponents on the Left, and those in the liberal media are doing it, and with great success.

Those much younger than I am may believe that if we just behave more like Ronald Reagan, the good natured optimist, then the world will see that we are really nice people with good intentions.  What they fail to realize, and what those who lived through the Reagan years know, is that during his administration he was often demonized by those in the media and the opposing party.  He was painted by his opponents as a dim witted war monger who wanted as many people as possible to be homeless and die of AIDS.  But Reagan was beloved by the majority of the American people because he was able to talk past (and above) the media to speak to them directly.

When John McCain chose Sarah Palin as his running mate many saw her way of communicating similar to that of Reagan.  She was able to speak the language of the common man.  Those wishing to disparage her would say she spoke the language only of the red(neck) states, but the truth is they only felt that way because so many of her opponents are far removed from everyday America.  They don’t realize that most Americans, not just those in the red states, could identify with Palin.

There is no way to know for sure, but I betcha the campaign would have been much more successful if run Palin-style than the way McCain handlers did it.  Palin was itchin’ to answer every attack on her.  She did not shy away from the fight, but rather welcomed it as an opportunity to talk about what conservatives really believe.

John Hawkins recently wrote that the Right needs to “play as dirty” as those on the Left.  “While the Right doesn't have to dip down into the sewer as far as the Left has, we do need to start giving them a taste of their own medicine, if only to make them think twice about the way they're treating our fellow conservatives.”

I would not say we need to fight “dirty,” but at the very least we should stop being worried about being seen as mean or nasty.  We (Republicans and conservatives) have learned that our opponents are going to do everything in their power to portray us that way, regardless of how inaccurate it is and we have to stop letting them get away with it.  We not only do not fight hard enough against the image, and the unfair (and often untrue) allegations and accusations in reaction to them, but we do nothing to preempt them.

How the Republican Party and conservatives manage to do that is a big topic of discussion, but there is no doubt it is something they must do if they want any chance of regaining political power.