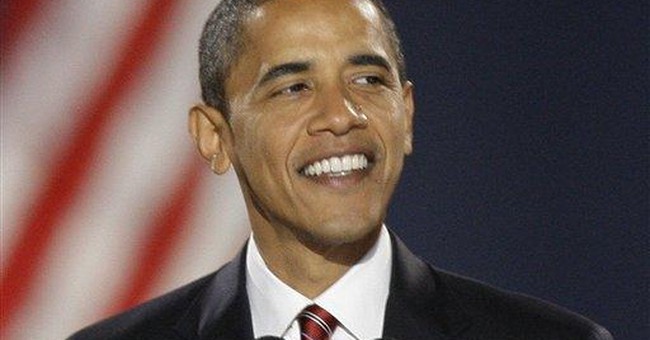 Although there are many items on Barack Obama’s agenda that would mean big changes, the immediate concerns for the country in light of this week’s election surround the economy and national security. The stock market experienced the biggest ever post-election day plunge on the news of Obama’s win, highlighting the economic troubles the country faces, but my biggest concern is the military and national security.

There is reason to be concerned. Democrat Congressman Barney Frank recently stated his desire to cut the military by 25 percent and with a Democrat in the White House he has a much better chance of getting his way. In 2007 speaking to the group Caucus for Priorities candidate Obama pledged to cut spending on new weapons programs, “I will cut investments in unproven missile defense systems. I will not weaponize space. I will slow our development of future combat systems."

Richard Danzig, a national security advisor to Obama, said he did not “see defense spending declining in the first years of an Obama administration” and before the election the Obama campaign said Frank’s plan was not Obama’s. But Senator John Warner, a former Secretary of the Navy said Obama “would be in a constant arm wrestling contest with Democrats like Barney Frank.”

Obama has expressed an attitude toward the military that has been troubling at times. Believing the war in Iraq could not be won by our troops, Obama advocated pulling them out and surrendering in defeat two years ago. I wonder if the next time the going gets tough a President Obama would again advocate pulling out and running the other way, even if it meant leaving a major country in the Middle East to be controlled by terrorists.

I wonder about his ability to do what it takes to keep this country safe even when that might mean making tough or unpopular decisions. The Democrats opposed data mining to combat terrorism, yet are now using it to build their party base. I hope that after Obama has been briefed on the threats this country faces and when it is his responsibility to defend the country from those threats, he will see things differently.

Former Centcom Commander Tommy Franks said something this week that gave me hope that President Obama will do a better job on the issue of the military and national security than Candidate Obama. Franks said, "As we have a new commander-in-chief, and as the new commander-in-chief comes to know and appreciate these men and women who serve, he too is a lifelong learner and I predict that some of his views will change as he comes to know the people in our military."

It is unfortunate that it may take becoming president to fully appreciate those in our military, but the thought gave me some hope that once in office and confronted with the gravity of the responsibility, he will change. Just as George Bush changed his idea about the United States’ role in the world after 9/11, I suspect Franks is right that the responsibility for the nation’s security will change some of Obama’s previously held beliefs and positions.

Franks also said that he believes if Obama does anything that moves against the best interests of those in our armed forces the American people would respond and correct it. "Just as America spoke last evening...I believe that any act that moves against the recommendations of those men and women who have been promoted and selected to provide advice to the President of the United States, I believe those people would speak again." I hope he is right.

He went on to describe the metric by which to measure success. He said that if seven years from today we have not seen an attack on the soil of the United States, we should congratulate each other and the new president for doing a good job. In response to a question, he said George Bush should have gotten credit for no attacks during the past seven plus years.

One potentially positive result of a Democrat being elected president is that all the stories about the excellent work those in our armed forces have been doing the past seven years in Afghanistan and Iraq will hopefully finally be told in the mainstream media. It is indefensible that so many in the media chose not to report so much of the good news from Iraq lest it result in some political advantage to George Bush or John McCain. I predict that will not be the case with President Obama and that the nation will finally begin hearing about the successes our military has achieved over the past seven years.

Even though the issue of national security did not appear to be one that swayed voters, it is critical not only to the physical well being of the country, but also to the nation’s economic well being. I am hopeful that President Obama will treat it as such when he assumes the office.