Gays in America and Overcoming the “Ick” Factor 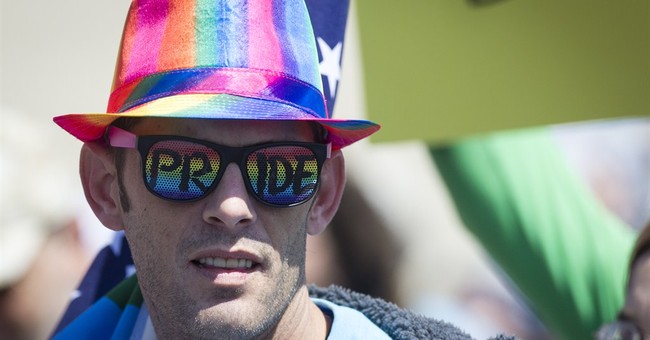 Normally, I would not even think about the concept of digging into my past studies in sociology when writing anything for the political arena, but when it comes to social issues, focusing purely on politics can definitely do everyone a disservice. When it comes to the latest round of gay rights activists trying to push their agenda on the masses, I decided it was time to drag out the sociology at least a little. Erick Erickson observations here on the gay rights movement pushing their agenda too hard when it comes to religion were spot on. However, examining just the legal and religious principles in play isn't quite enough.

Beyond the gay rights movement going too far by suggesting that it is time to start dictating religious doctrine, there is another issue that they have inadvertently put precariously close to the table in this debate. The primary reason why the gay rights movement has enjoyed the success that it has up until now is that it has been very careful to place the private side of the issue behind a wall. Messaging has been almost exclusively about treating all people equally, and the activists have generally been very careful to keep the sex lives of gays and bisexuals out of the dialogue. It was a brilliant choice, because it's fair to assume that many Americans would have negative visceral responses to seeing and hearing about those activities on a regular basis.

It has been a bizarre balancing act that involves a group of people defining themselves by their sexual proclivities, while simultaneously keeping the actual sex acts out of view. Now that the movement is trying to force changes in religious doctrine to find their lifestyle acceptable, that balancing act is going to be more difficult to maintain. The bottom line is that religions consider gay sex – sodomy, if you prefer – a sin. The wall that the gay rights movement built to hide what they do in bed from the public view will need to come down at least a little to win this battle.

From a sociological standpoint, that will be opening another can of worms for gay activists. We can easily see why just by looking at popular culture. While there are many gay characters in television and film now, the depiction of gay sex outside of the adult film industry remains a rarity, and for good reason. Even people that are supportive of gay rights would not necessarily want to see what the people they support do in bed. Call it the “ick” factor if you like, but it is a simple fact of life that gay activists have avoided facing so far. We simply haven't reached a point in our culture where homosexual behavior can be completely “normalized,” and it's not just religious doctrine standing in the way.

The entertainment industry just recently showed us this, in the form of the HBO series “Looking,” which followed the social lives of a group of gay men in San Francisco. Due to falling ratings, HBO canceled it. While critics may have battled back and forth about the quality of the show in general, the most likely reason why the show did not take off had nothing to do with production values. The general public simply wasn't interested in delving into the personal lives of gay men. The irony is that the gay rights movement itself might have had a hand in that, because it has been so careful to keep the “nuts and bolts” of the gay lifestyle out of the spotlight.

Now, it will probably get sunlight that they do not want, because instead of just having to battle the “evil Christian bigots,” they may also see losses in support elsewhere. It was fine and even fashionable to support gay rights when one didn't have to think about anyone actually engaging in gay sex. No one should be surprised if we end up seeing some people admit to at least a little revulsion toward gays, assuming that the dialogue truly does turn to the actual sins involved. Arguably, the ball is in the court of religious leaders now. The question is, are they willing to speak explicitly about sin for the sake of protecting religious liberty?