Could This Be The Next Big Religious Liberty Fight?

Lisa De Pasquale
|
Posted: Oct 11, 2017 12:01 AM
Share   Tweet
The opinions expressed by columnists are their own and do not necessarily represent the views of Townhall.com. 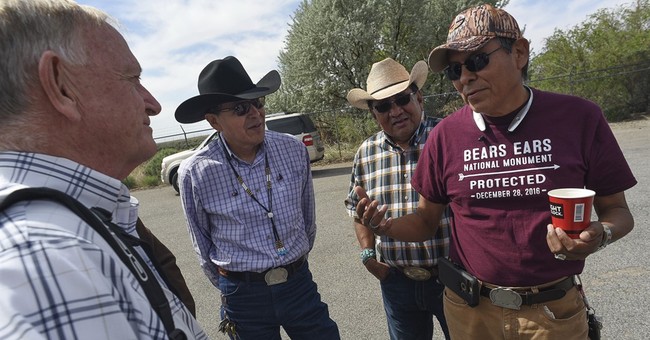 Recently, video surfaced of an unhinged coffee shop owner going on a profanity-laced tirade against Christians sitting in his shop. As expected, the Christians’ attempt to reason with the owner sent him straight into social justice warrior territory. He scolded them for being intolerant while claiming the moral high ground because his intolerance is supposed to be admirable. A response so perfectly ridiculous and formulaic that it’s written in my new political humor book, The Social Justice Warrior Handbook.

President Trump has been a vociferous defender of religious liberty and religious freedom. He hasn’t just talked about defending religious liberty – he has done something about it. This spring he signed an executive order that enhanced federal protections for people of faith.

In a signing ceremony in the Rose Garden, Trump spoke eloquently about how fundamental religious liberty is to our great country:

"The Founding Fathers believed religious liberty was so fundamental they enshrined it in the first amendment in the constitution, yet for too long the Federal government has used the power of the state as a weapon against people of faith bullying and even punishing Americans for following their religious beliefs…. No American should be forced to choose between the dictates of the government and their faith.”

When we think about religious liberties we often think first and foremost about the rights of Christian Americans, which have come under increasing assault by the militantly secular left. The high profile cases of Christian bakers or florists being forced to provide services to same-sex marriage ceremonies have garnered attention across the country.

But it is not just the religious liberties of Christians that are under fire.

The religious liberty interests of Native Americans have been imperiled by a libertarian think-tank strand of “conservatism” that seeks to dismantle our federal public lands.

This spring, President Trump issued an Executive Order that directed the Secretary of the Interior, former Rep. Ryan Zinke (R-MT), to review all national monument designations of over 100,000 acres since 1992 pursuant to what is known as the Antiquities Act.

And while President Trump and Secretary Zinke have been outspoken supporters of public lands, there are powerful DC special interests that seek to sell off our public lands and dismantle our national park system – trusting that the “free market” is best for determining the fate of our lands. Even when those lands play a critical role in the religious practices of Native Americans.

I believe strongly in free markets, but when the free markets encroach on the reasonable rights of people of faith than we must recognize the limits of markets.

As a person of deep faith, much of how I feel about the need to protect America’s public lands is informed by my faith. After all, the Old Testament doesn’t start with the creation of man, but includes the creation of the lands and its bounty of vegetation and use for animals and man.

For some, however, faith more than just informs how they feel about our public lands. Indeed, for some, their faith is intrinsically connected to the land.

As President Trump considers changes to federal public lands, we cannot and should not ignore the critical importance that many of these lands play in the faith traditions of Native Americans on that land.

For Native Americans, the land is more than just a natural resource to be exploited. Their cause is not one of phony social justice warriors trying to appropriate a cause. For Native Americans, the land is inextricably connected to the spiritual realm and their religious freedom. For them, a place like the Bears Ears National Monument is more than just a place to visit and hike – it represents a deep connection to their ancestors and a physical manifestation of their faith.

As President Trump considers Secretary Zinke’s review, he should continue to place a premium on protecting religious liberty by taking into account the spiritual and faith traditions of Native Americans. The players are going to change when it comes to religious liberty, but those who support it should take every opportunity to defend it.