De Pasquale’s Dozen with Raheem Kassam, Author of 'No Go Zones: How Sharia Law Is Coming to a Neighborhood Near You'

Lisa De Pasquale
|
Posted: Aug 21, 2017 12:01 AM
Share   Tweet
The opinions expressed by columnists are their own and do not necessarily represent the views of Townhall.com. 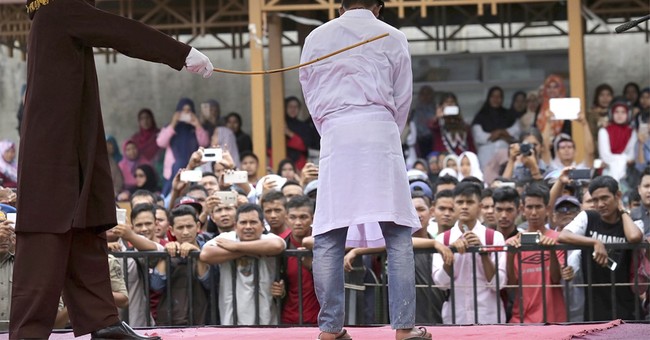 If the last few months have taught us anything, it’s that the mainstream media have a short attention span and an agenda that doesn’t care about the real security threats of the nation.

In his new book, No Go Zones: How Sharia Law Is Coming to a Neighborhood Near You, Breitbart London Editor Raheem Kassam tackles the dangers that he’s already seen in Europe – Sharia Law governing neighborhoods and towns and local police staying away. Kassam has a unique perspective on the issue. He writes, “Separating emotion from this debate is difficult, especially for someone like me, born and raised in a Muslim family, who still has many practicing Muslim friends and family. That’s why data was the key to writing this book. It allowed me to assess this situation objectively and see what most participants in the debate ignore or cover up.”

Even though the mainstream media doesn’t want to cover this issue, the evidence is clear that people are hungry for the information. No Go Zones shot up the Amazon bestsellers list. Even if the media isn’t paying attention, hopefully our elected leaders are before it’s too late.

The De Pasquale's Dozen asks political figures, free market-minded writers and entertainers to take a break from politics and talk about their pop culture obsessions.

My favorite movie line is from The Godfather: “Michael: How bad do you think it's gonna be? Clemenza: Pretty goddamn bad. Probably all the other Families will line up against us. That's all right. These things gotta happen every five years or so, ten years. Helps to get rid of the bad blood. Been ten years since the last one.” I would say it to Paul Ryan.

My favorite teacher was my high school English teach, Mr. Inson. I credit him for fostering my fierce individuality, cultivating my imagination, and developing my creativity.

If I could be paid to do anything, I would be the King of England, not for any narcissistic or self-interested reasons, but quite simply because I believe monarchy is the only divine form of government.

4. What canceled show would you put back on the air?

I don’t really have a guilty pleasure television show right now, but I am watching How I Met Your Mother for the second time.

Hands down, my Teenage Mutant Ninja Turtle action figures. My mother had them shipped over from France as they were completely sold out in England.

8. What advice do you remember your mother or father giving you?

My parents instilled in me a drive for excellence. They told me to never accept the status quo. I have tried to live my life by that.

9. If you hosted a late night show, who would be your guests and band?

Well, George Soros and Jean Raspail for sure. My band would be Fall Out Boy.

“No Go Zones” by me, “Planet Ponzi” by Mitch Feierstein, “Brideshead Revisited” by Evelyn Waugh, and “On the Road” by Jack Kerouac.

I always come back to a single defining moment. I was at university studying politics when I decided to attend an Islamic Society meeting on campus. As I was walking up the steps, some other students stopped me and warned me not to enter. They said that the Islamic Society was showing pictures and videos from the September 11th attacks to applause and cheers. In that moment, I was faced with the radical ideology of our enemy, and this is why I do what I do, this is why I write.

Spencer Brown
Ocasio-Cortez: We Need to Pack the Court Because There's No Checks and Balances
Matt Vespa