Congress Must Rein in Federal Agencies

Lindsey Stroud
|
Posted: Sep 01, 2021 1:25 PM
Share   Tweet
The opinions expressed by columnists are their own and do not necessarily represent the views of Townhall.com. 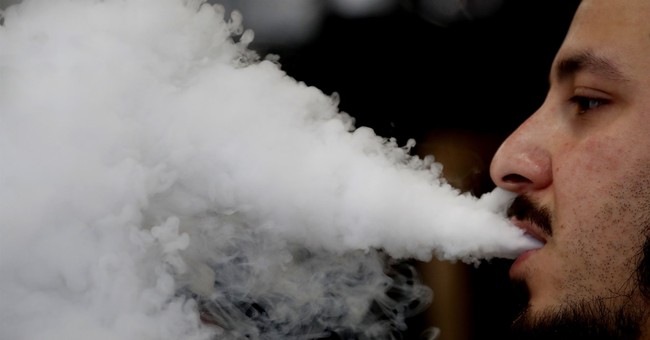 Last week, the U.S. Food and Drug Administration (FDA) announced that the agency was denying marketing orders to three vape e-liquid manufacturers, effectively removing more than 55,000 tobacco harm reduction products from the market. The FDA claims that the firms did not provide proper evidence that their products had a “benefit to adult smokers sufficient to overcome the public health threat posed by the well-documented, alarming levels of youth use of such products.” Removing access to 55,000 products was a failure of the FDA not the companies that submitted the applications.

Apparently, American public health agencies will continue to disregard the well-documented evidence that indicate that e-cigarettes are safer than FDA-authorized combustible cigarettes.  These new and innovative products have helped millions of American adults quit smoking. It’s now up to Congress to demand that this partially taxpayer-funded agency is, in fact, protecting public health.

A 2018 economic analysis found that the vape industry – not JUUL or Big Tobacco, but those strip mall small businesses – employed more than 87,000 employees, amounting to over $3.2 billion in wages that year. It was estimated that vaping’s total economic impact to the United States was more than $24 billion in 2018, including more than $3.2 billion in tax revenue. Moreover, a 2018 survey of nearly 70,000 American adult e-cigarette users found that 83.2 percent and 72.3 percent reported vaping fruit and dessert flavors, respectively.

If that can’t convince lawmakers, Congress and the FDA should turn their attention toward the Small Business Administration (SBA) loans that many vape retailers and manufacturers received in response to the COVID-19 pandemic.

There were more than 2,560 retailers and manufacturers with names that included “vape,” “vapor,” “vaping,” or “e-cig” that received Personal Paycheck Protection (PPP) loans which totaled in excess of $106 million in taxpayer-funded loans. In fact, more than 1,700 vape retailers and manufacturers received Economic Injury Disaster Loans from the SBA in response to the COVID-19 pandemic.

With SBA releasing data on such loans, America finally has government-funded data on the economic impact of vape shops. Take for example companies in Kentucky that applied for PPP loans. An estimated 54 vape retailers in Kentucky applied for and received PPP loans, and reported more than 300 jobs. Senator Rand Paul (R-Ky.) has long advocated the use of tobacco harm reduction alternatives like e-cigarettes in place of combustible cigarettes, surely, he must also be concerned with small businesses in the Bluegrass State.

Conversely, two anti-vaping lawmakers from Illinois are determined to lobby the FDA to ban all non-tobacco-flavored e-cigarette products. Democratic Senator Dick Durbin tweeted a news article on FDA’s marketing denial orders, urging the agency to “Now do JUUL.” Democrat Raja Krishanmoorthi retweeted  Durbin’s tweet, saying “What he said.” Ironically, more than 100 PPP loans were received by vape businesses in these Democrats’ own state, with recipients claiming a total of more than 600 jobs. All of these will be eliminated should the FDA ban all non-tobacco-flavored PMTAs.

These figures do not include all vape shops with more obscure names. Clearly, thousands of small businesses will be impacted and thousands more jobs.

Worse, lawmakers are actively urging an agency to run inefficiently. PMTAs were due September 9, 2020. In August 2020, the FDA announced that its Center for Tobacco Products (CTP) was “expanding hiring” due to an “influx” of PMTAs. The agency remarked that they expected “this hiring surge to continue for at least another 2-3 years.”

Ironically enough, the CTP does not actually receive taxpayer dollars, rather the FDA division “is funded solely by tobacco user fees.” In essence, the branch of the FDA that determines the fate of harm reduction alternatives to combustible tobacco is entirely funded by tobacco. This is the equivalent of having a horse and buggy manufacturer determine the safety and authorization of automobiles.

Lawmakers lobbying federal agencies is problematic at best. While CTP is funded by user fees, half of the FDA’s budget does come from taxpayers. Their budget is determined at the behest of federal lawmakers. It is possible that the FDA is worried that Sen. Durbin and Rep. Krishanmoorthi will move to reduce funding for the agency if the FDA does approve flavored e-cigarettes.

Because of the incompetence of the FDA and the ignorance of some members of Congress, millions of former adult smokers will be harmed, thousands of small businesses will shutter their doors, and many more will be laid off.

It would truly be ironic if the cause of layoffs and closures in 2021 was not due to COVID-19, but the federal government that spent trillions of dollars to keep business open only to have federal agencies that have very little to no congressional oversight close them.