Lindsey Stroud
|
Posted: Feb 20, 2019 1:20 PM
Share   Tweet
The opinions expressed by columnists are their own and do not necessarily represent the views of Townhall.com. 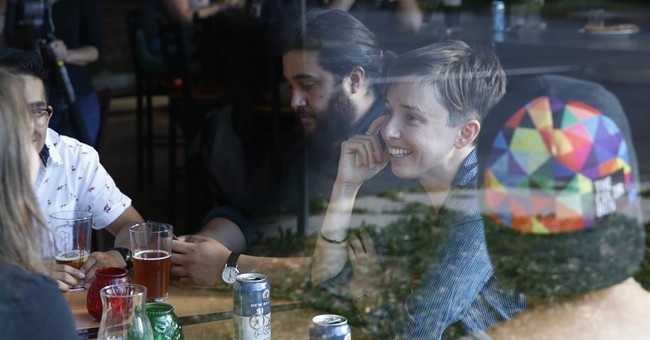 Editor's note: This column was authored by Chris Talgo.

The U.S. national debt now exceeds a mindboggling $22 trillion and the Congressional Budget Office (CBO) reports it will continue to increase because the federal deficit is projected to exceed “$1 trillion each year beginning 2022.” In fact, CBO projects the nation’s debt held by the public will increase to “150 percent of GDP in 2049—far higher than it has ever been.”

No doubt, for young Americans, the debt is downright daunting. Although it is easy to pin the blame for the debt debacle on previous generations and politicians for underfunding and raiding entitlement programs, this is only part of the problem.

Millennials should be well aware and outraged over the never-ending government spending bonanza. However, they ignore this giant elephant in the room every election.

Even more horrifying, hordes of millennials support socialist candidates who believe more government and more spending is the solution—not the problem. Do they fail to recognize that government created this problem, and millennials will be the generation forced to fix it—or pay a steep price, literally?

Regardless of this, politicians are unable, or unwilling to reform these (and other) programs. And millennials are equally culpable because they do not hold politicians accountable for this generational betrayal.

So, why don’t millennials hold lawmakers to task? Easy answer: they have little political clout.

Despite the fact that since 2016, millennials have been “the nation’s largest living population,” they wield little power at the polls. And why is that? Simple, they don’t vote.

Unfortunately, low voter turnout among millennials is nothing new. Notwithstanding their disdain for President Donald Trump, only 46 percent of millennials (aged 18 to 35) voted in the 2016 presidential election.

Newsflash: Politicians need votes. Therefore, they will not focus on the wants and needs of millennials when less than 50 percent of them exercise their voting rights.

Even more troubling is the fact that political apathy among millennials isn’t the only concern when it comes to the nation’s debt. When they do show up on Election Day, millennials tend to support candidates that offer socialist solutions that will undoubtedly propel the nation’s finances into a debt-riddled doomsday scenario.

Don’t think this economic nightmare can happen in the good ole USA? Then maybe you have never heard of Rep. Alexandria Ocasio-Cortez (D-NY), media darling, self-avowed democratic socialist, and political savior—at least according to millions of millennials.

And what was Ocasio-Cortez’s first major move after arriving in Washington, DC? She introduced her “Green New Deal,” which would add trillions more to the debt over the next decade alone.

Given that 33 percent “of 25-29 year olds lived with their parents or grandparents in 2016,” it is somewhat understandable how so many millennials can be so clueless about finances. And thanks to Obamacare subsidies, many of them have no idea about the actual cost of health care.

And while Millennials decry their student loans and high housing costs, apparently they are spending lots of money on frivolous items, such as avocado toast. According to a recent study, millennials aged 25 to 34 have around $42,000 in personal debt. Yet, nearly 25 percent of that debt is from outstanding credit card bills, “while student debt accounted for about 16 percent.”

Alas, America’s debt is not going anywhere (but up) and millennials will foot the bill when the nation’s credit card eventually hits its spending limit.

Instead of demanding socialist policies to fight for social justice (whatever that means), millennials should demand that elected representatives do what’s best for the nation and their future: address the $22 trillion debt and stop spending money we don’t have.

Chris Talgo (ctalgo@heartland.org) is an editor of American Exceptionalism, a project of The Heartland Institute.