Hope for the Dreamers

Linda Chavez
|
Posted: Dec 09, 2016 12:01 AM
Share   Tweet
The opinions expressed by columnists are their own and do not necessarily represent the views of Townhall.com. 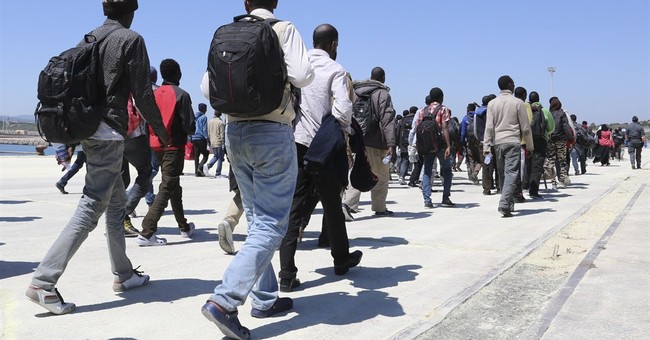 If there has been one issue on which President-elect Donald Trump has been loud and clear, it is his desire to end illegal immigration and deport immigrants here illegally. Every time he has seemed to soften his stance, his most outspoken supporters have jumped in to make sure he clarifies that he has no intention of modifying that position. So what will happen with Trump's latest indication that he will "work something out" for those 750,000 young people who were brought here illegally by their parents when they were children and were granted temporary legal status by executive action during the Obama years?

One thing Trump could do is support legislation that would grant relief to these so-called dreamers, named for the original, GOP-sponsored legislation that would have granted legal status to those whose parents brought them here when they were younger than 15, who have stayed in school and who have committed no crimes since. Sen. Lindsey Graham, R-S.C., Sen. Jeff Flake, R-Ariz., and others are working to put together a version of the former DREAM Act that will be introduced in the new Congress. If Trump were to throw his weight behind this bill, it would go a long way to ensuring its passage. And doing so wouldn't require him to break his promise to rescind the executive actions he intends to abrogate as his first order of business after the inauguration. He could make the revocation of the executive order contingent on the passage of legislation so that dreamers wouldn't be left in limbo.

For those critics who say that this would be just another amnesty, I'd say we shouldn't -- to use an apt metaphor -- throw the baby out with the bathwater in this instance. Yes, the rule of law is important, and some form of penalty is due for those who broke the law knowingly, which is why any legislation that supports legal status for undocumented immigrants must include fines or other measures to ensure that individuals don't get off without some consequences. But with the dreamers, we're talking about children who, in most cases, had no say in whether they crossed the border. I know some of these people, and their stories are heartbreaking.

I met a woman named Ana shortly after I moved to Colorado. I needed help unloading boxes because my husband had broken his foot just before we moved and I was also taking care of my 90-year-old mother. I placed an ad for temporary help, received lots of replies and set up times for applicants to come to my house. After more than a half-dozen people failed to show up, most without even bothering to call, Ana came to the house on time and started helping. I didn't know her legal status, because the job was temporary and nonrecurring and didn't meet the threshold requiring paperwork to find out. She spoke perfect English and talked about her desire to go to college and about her family back in Arizona. It was only when I asked her why she had moved to Colorado that I learned her story.

Ana's parents brought her to the United States from Mexico when she was 2 years old. The parents ultimately received permanent legal status and applied for hers, as well, but the old Immigration and Naturalization Service lost the paperwork, a phenomenon I've encountered many times. The parents didn't bother to file again, and their lives in the U.S. went along happily. Both parents worked and eventually bought a home. Ana's siblings were born here, and Ana attended high school. The whole time, Ana assumed that she had the same legal right to be here as her parents and siblings. But after graduation, she discovered she couldn't get a Social Security card, which she needed to get work, because she lacked legal status. When Arizona passed a referendum making it exceedingly difficult for those who lack legal status to obtain jobs, get driver's licenses or even rent homes, she decided she had to move.

Arizona's loss was Colorado's gain. Ana applied for the Deferred Action for Childhood Arrivals program and compiled hundreds of pages of records showing she had paid taxes, had a clean criminal record and was an upstanding member of her community. But she and some 750,000 others could be sent back to countries they've never known unless Trump delivers on this new glimmer of hope he's offered. Trump prides himself in standing up for the little guy; let's hope he follows through on standing up for young people whose fates are in his hands.