A Stain on Our Politics

Linda Chavez
|
Posted: Oct 14, 2016 12:01 AM
Share   Tweet
The opinions expressed by columnists are their own and do not necessarily represent the views of Townhall.com. 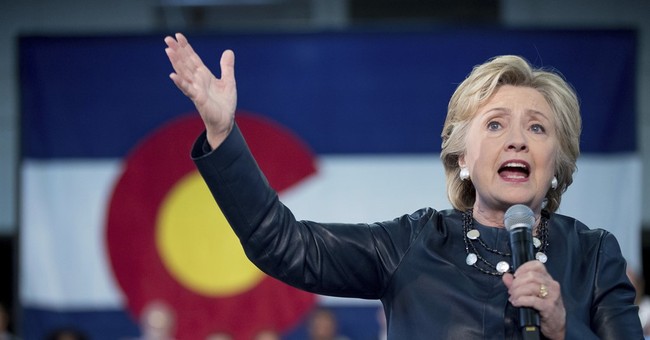 Trending
I would rather be writing about Bob Dylan's surprising Nobel Prize in literature this week, a well-deserved acknowledgment of his contribution to modern culture. But that would entail ignoring the elephant in the room: the refusal of many in the Republican Party to admit they have nominated a man so unfit to be president he may well take the party down with him when he loses Nov. 8. I have been a proud Republican for more than three decades -- but today I am ashamed of my party and its leadership.

Donald Trump's words are so despicable that many of them can't be printed or uttered verbatim on national media. His actions are worse. He treats women like horseflesh he owns by virtue of his power and wealth. He feels entitled to walk into the dressing room of young women, even young girls in the Miss Teen USA contest, when they are undressing for one of "his" beauty pageants and brags about it on "The Howard Stern Show." He gropes perfect strangers on airplanes, in hallways. He thrusts his tongue down the throat of a People magazine reporter while his pregnant wife, Melania, is upstairs at Mar-a-Lago, calls a reporter from The Philadelphia Inquirer a c--- and a b---- when she writes an article he doesn't like. And when he is confronted, he denies everything and insults the accusers. "Look at her. I don't think so," he says, as if he wouldn't deign to assault anyone he rates less than a perfect "10" in the system he uses to judge women's worth by their beauty.

Do I believe the accusers? Yes, I do. They have nothing to gain and everything to lose by coming forward so publicly. They may support Hillary Clinton -- can you blame them? -- but would they take on a man who is known for his intimidating lawsuits if this information were false? Their lives will be upended by their revelations. Trump claims that they are all lying and that he will release the evidence at the "appropriate time." Yeah, right after he releases his tax returns.

Republicans who continue to defend Trump always fall back on the defense that the Clintons have done worse. I have written thousands of words about Bill Clinton's disgusting behavior and called on him to resign the presidency when the Monica Lewinsky story broke. But Bill Clinton is not running for president. I've criticized Hillary Clinton for her conflicts of interest with the Clinton Foundation while she was secretary of state, and I've suggested she and her family abandon all ties to the foundation if she's elected. I've criticized her private email servers and her mishandling of classified information. I haven't blamed her personally for the deaths in Benghazi, any more than I would blame President Ronald Reagan, for whom I worked at the time, for the deaths of 241 Americans in the Beirut bombings in 1983. Terrorists were responsible for those deaths, not Secretary Clinton or President Reagan.

But creating some moral equivalency between Donald Trump's behavior and Hillary Clinton's shows just how corrupted our politics have become. Partisanship should not blind us to words of unspeakable crudeness or acts of sexual aggression and assault. Conservatives have been at the forefront of warning that when we define deviancy down, we make acceptable what should be unacceptable, thus undermining morality. We know this in our hearts. We must stop making excuses on behalf of a man who has demonstrated from the very moment he descended the escalator at Trump Tower to announce his candidacy on June 16, 2015, to today that he is unfit by every measure to lead this great nation.

This election and that portion of the electorate that supports Donald Trump shakes my faith in the future of conservatism and the Republican Party. I pray my party and my country can recover from this stain on our politics.