Linda Chavez  |  Dec 03, 2010
The opinions expressed by columnists are their own and do not necessarily represent the views of Townhall.com.
Top Columns
Trending on Townhall Media

As if the collapse in the housing market had not done enough damage to the U.S. economy, the president's debt commission is now proposing changes that could take the industry off life support. Among the recommendations in the commission's 65-page report is one to eliminate the tax deduction for mortgage interest on homes over $500,000 (the current limit is $1 million) and restrict it to primary residence only. The recommendation would also eliminate interest deductibility for home equity loans (which are currently capped at $100,000). The effect of these changes would be to immediately reduce the value of all homes by as much as 15 percent. Here's why.

Homeowners currently are allowed to take an itemized deduction for the interest they pay on their home mortgages. With conventional loans, most of the payments in early years go to pay interest on the loan, with only a tiny fraction going to principal. Although most home purchasers may not think of it this way, when they buy the house under our current tax system, they've invested not only in a place to live but also in buying an asset. The value of that asset will be determined by its future appreciation -- or in recent years, its depreciation -- but also in the value of the tax deduction they receive on the mortgage interest.

Under the current tax code, homeowners get a large tax break. A family that pays a $3,000 mortgage payment each month will likely get at least a $2,300 per month deduction in the early years of owning the home. Depending on the individual's tax bracket, the deduction can result in a significant savings in taxes owed. Of course, this is why the debt commission wants to take away this benefit. But to do so would have unintended consequences, namely, lowering the current value of home real estate.

As Carlos Bonilla wrote recently for the American Action Forum, a center-right policy group, "Absent the deduction we can expect that housing prices will fall by the present value of that stream of tax savings that is in force today." Homebuyers don't get the tax deduction for nothing -- they've actually paid for it in the cost of the house they purchased. It has simply been capitalized over the years they will be paying their mortgage. He estimates the present value of those deductions on a $625,000 home to be worth more than $72,000 in today's dollars. Take away the deduction, and the house is now worth only $553,000. In other words, we've reduced its value by almost 12 percent.

This would result in an enormous blow to the 60 percent of Americans who presently own their homes. We've already experienced double-digit home value declines in the past few years; do we really want to see them drop another 10-15 percent instantly because of a change in tax policy?

There is also a fundamental question of fairness. Individuals who purchased homes under the assumption that they could deduct interest up to $1 million should not now be told that because the government can't control its own spending, the rules have changed. What would we think if a bank decided it should retroactively change interest rates or increase the principal on a loan because it wasn't making enough money on its investment?

Proposals to eliminate the deductibility of home mortgage interest have been floating for years -- the idea was considered and dropped during President Reagan's 1985 tax overhaul and has been brought up periodically ever since. But the only conditions that would make any such proposal feasible would be a low, flat tax in which all deductions were eliminated -- and even then, it would only make sense when the real estate market had fully recovered. 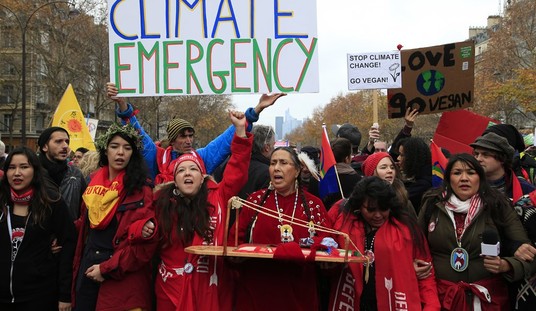