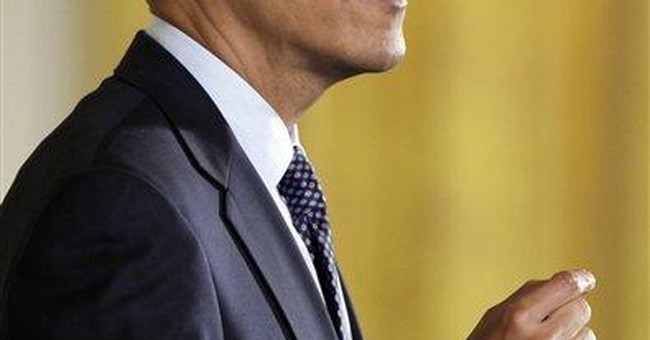 If there's one thing Barack Obama learned back in his community organizing days, it was that numbers count. The more people you can claim to represent, the bigger your political base. So it should come as no surprise that the Obama administration sees the business of counting people as crucial to its political power. And that's why next year's decennial census is rife with opportunities for a major power grab by the president's party.

Every 10 years, the Census Bureau counts the number of people living in the United States; the Constitution mandates. Those figures are used for all sorts of things, from determining the amount of federal aid states and localities receive for certain programs to drawing legislative districts. The Census Bureau estimates that about $400 billion in federal money is distributed through census-count formulas. And of course, congressional seats depend on it. One geographic area's gain in population comes at another area's loss of political power since the number of seats in the House of Representatives is fixed at 435.

After the last Census, several states, including California and Texas, gained seats, but others, like Pennsylvania, lost them. There's nothing particularly nefarious about this -- that is unless the numbers can be manipulated. And there's the rub. It's logical to assume that when it comes to counting people for the purpose of reapportioning congressional seats, the Census Bureau would be interested in making sure that the number of citizens living in congressional districts was roughly the same. After all, the whole idea of reapportionment is to assure that we don't end up with "rotten boroughs": districts that have lost voters but are still entitled to the same representation in our legislatures as districts that have more voters.

And that's where the Obama administration's plans for the Census become truly worrisome. The White House has made very clear that their intention is to put extra effort in counting illegal immigrants in the next Census. They want to make sure that all 12 million illegal immigrants are counted, a task that's not easy given the desire of most people illegal in the United States to avoid detection.

So the Census Bureau is teaming up with community organizations that can reach out to this population. The bureau had contracted with ACORN to be part of the Census count, until that organization came under heavy criticism after two conservative activists videotaped ACORN workers giving tax advice to what they thought were a pimp and a prostitute. So the bureau has dropped plans to use ACORN but will be using other groups, including Hispanic and immigrant advocacy organizations and the Service Employees International Union.

The problem, of course, is that there is enormous potential for a census count that includes illegal immigrants to skew the political process. It will mean some congressional districts will include huge numbers of persons who aren't eligible to vote -- and whose elected leaders therefore aren't really democratically accountable. It so happens that many of these districts will elect Democrats, since illegal immigrants often settle in poorer neighborhoods, whose legal residents and citizens tend to vote Democratic. So congressional Democrats and the White House are more than happy to see voting power shift to these new rotten boroughs.

This problem has been going on for decades -- but it's gotten worse as the numbers of illegal immigrants has increased. But no previous administration has gone to the lengths that the Obama administration is planning to make sure that each and every illegal immigrant is counted next year. The decision to team up with advocacy groups and unions like the SEIU make clear that the intention is baldly political.

Estimates are that if illegal immigrants are counted in the 2010 census, California will keep two seats it would otherwise lose (since that state has been losing citizen residents at a rapid rate) and Arizona and Texas will each pick up seats. The big loser will be the Midwest, however, with a loss of six seats among five states, according to a study by the Connecticut State Data Center. But the real issue is what this will mean to individual voters in districts that are made up mostly of citizens. Their votes will, in effect, be diluted by the votes of citizens who live in districts where large numbers of illegal immigrants live.

This change has the potential to dramatically alter the meaning of representative democracy. If the Obama administration succeeds in counting 12 million illegal immigrants in next year's census, its impact will be to disenfranchise an equal number of U.S. citizens.