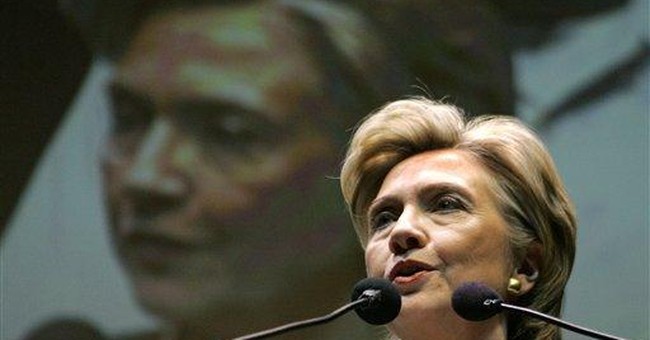 The nasty bickering on the subject of race between Democratic presidential hopefuls Hillary Clinton and Barack Obama got me thinking about the true legacy of Rev. Martin Luther King Jr. We honor him with a national holiday, but do we really understand what he meant to this country? The question is not, as Clinton seemed to frame it, whether King's speeches and civil disobedience were less important to the passage of the Civil Rights Act of 1964 than President Lyndon Johnson's legislative push and final signature on the bill.

If we're going to argue about the passage of the Civil Rights Act, it bears noting that without support from the majority of Republican legislators -- and specifically the leadership of Sen. Everett Dirksen -- there would have been no law at all. From 1933 to 1964, according to the Congressional Research Service, a majority of Democrats opposed civil rights legislation in over 80 percent of votes cast, while a majority of Republicans favored such bills 96 percent of the time. Dirksen and his Republican allies were instrumental in overcoming a filibuster by Southern Democrats (and one Texas Republican), which threatened to kill the Civil Rights Act.

But there would have been no debate at all had it not been for the change taking place in the hearts and minds of the American people -- and Rev. King was the one man chiefly responsible for that change.

It is hard for many Americans to understand what life was like before Rev. King and the civil rights movement. Otherwise good and decent people simply accepted the traditions and, in many cases, laws that treated blacks like second-class citizens unable to vote, attend school with whites, or even sit at the same lunch counters. Many people took it for granted that employers gave the best jobs to whites, even if there were better-qualified blacks who could fill them. The violence perpetrated by the Ku Klux Klan and other virulently racist groups and individuals repulsed most Americans, but they didn't often stand up to fight it.

Rev. King changed this complacency. He brought these struggles into Americans' living rooms -- and he did it with non-violent protest. It was hard to avert your eyes when confronted with scenes of ordinary people peacefully marching and singing hymns as they faced club-wielding police, snarling dogs and powerful water hoses to stop them. I remember my father sitting in our living room saying, "This should not happen in America."

It wasn't just King's magnificent voice or soaring rhetoric that inspired people. It was his challenge to the consciences of millions like my father. Americans knew that what they were seeing on their TV screens was simply wrong.

They knew that you cannot have a democracy in which some citizens are deprived of their most basic rights simply because they happen to be born with dark skin. They knew that a country that would deprive many of its children a good education or close off competition for jobs based on skin color could not stay for long the world's undisputed economic leader.

Changes might have come had Rev. King not mobilized his army of earnest men and women, young and old, black and white, but the pace would have been agonizingly slow and, perhaps, grudging. Without the reminder to all Americans -- especially those in the North who thought of themselves as more enlightened than their Southern neighbors -- that blacks were daily being subjected to degrading, inhuman treatment, many people would simply have chosen to ignore discrimination. They would have consoled themselves that, so long as they didn't personally hold prejudiced feelings, they were not responsible for the acts of others.

But Rev. King wouldn't let Americans off the hook so easily. Like Lincoln, he appealed to "the better angels of our nature." It was his unambiguous moral message that helped Americans change themselves for the better.