Lew Paper
|
Posted: Dec 07, 2019 12:01 AM
Share   Tweet
The opinions expressed by columnists are their own and do not necessarily represent the views of Townhall.com. 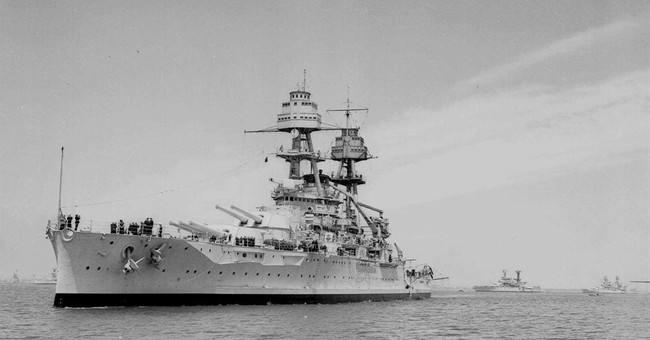 Grew saw that U.S. economic sanctions were crippling the Japanese economy—rice was being rationed, the absence of gasoline meant that the few cars traversing Tokyo’s streets had been fitted with charcoal engines, and even imported coffee had been replaced by another questionable brew. Back in Washington, President Franklin D. Roosevelt and his administration were hopeful that a crippled economy would curb Japan’s military aggressions in China and Southeast Asia—and thus minimize the chance of the United States being dragged into a war in the Pacific.

Grew knew otherwise.  In August 1941, as the sanctions escalated, he advised Secretary of State Cordell Hull that “a psychology of despair leads characteristically to a do-or-die reaction.”  And so, in two telegrams sent in November 1941—only a few weeks before Pearl Harbor—Grew warned Hull that Japan was prepared to launch a “suicidal” war with the United States and that armed conflict could come with “dangerous and dramatic suddenness.” A Japanese attack on the United States might seem foolhardy, Grew continued, but “Japanese sanity cannot be measured by American standards of logic.”  For the Japanese, annihilation through a suicidal war was better than the humiliation of succumbing to American pressure.

It was a development that saddened the American ambassador.  He had pressed Roosevelt and Hull to be more responsive to Japan’s effort to reach an agreement with the United States to resolve the two countries’ differences.  That was an uphill struggle for reasons largely unbeknownst to Grew.  From the beginning, Hull thought the chances of reaching an agreement with the Japanese “were no bigger than a gnat.”  He regarded Japan as “one of the worst international desperadoes in the history of mankind.”  And he subscribed to the view that “no promises of the Japs on paper would be worth anything.”

Still, Hull spent untold hours from the spring of 1941 through the summer and into the fall talking with Japanese representatives about an agreement he knew would probably never come to fruition.  America’s military capabilities were woefully inadequate, and Hull acceded to the urging of Roosevelt and the military chiefs to drag the conversations out as long as possible to defer a possible armed conflict in the Pacific for which the United States was not prepared.

Grew did not know of the demands that Roosevelt and the military chiefs had made on Hull, but the ambassador could see the results from his perch in Tokyo.  The Japanese prime minister was frustrated because Roosevelt (at Hull’s behest) had sidestepped the prime minister’s request for a meeting on American soil.  And, as Grew would later write, Hull’s strategy of delay had conveyed to the Japanese “the unfortunate impression that our Government was merely playing for time and had no real intention to come to an agreement with Japan.”

The ambassador wanted to be helpful, but he sensed that he and the president were on a different page.  American policy in those few months before Pearl Harbor, Grew would later write, was “completely inflexible,” and, for him, “reporting to our Government was like throwing pebbles into a lake at night” because “our recommendations were not welcome.”

Grew was bitter after the Pearl Harbor attack—not only because of the loss of American life but also because he thought the Roosevelt administration had squandered a chance to avoid war.  During the six months he was held as a prisoner of war in Tokyo, Grew wrote a 60-page report that detailed his criticism of American policy in the months before Pearl Harbor.  He thought the report would “be carefully weighed by future historians” on the question whether “war with Japan could have been avoided.”

Roosevelt never had a chance to read the report.  When Grew first showed the report to Hull upon his return to the United States in August 1942, the Secretary of State—seeing that it criticized decisions he had made—demanded that Grew destroy it.  As a subordinate official in the State Department, the ambassador felt he had no choice but to comply with that demand.  And so, while he never had to suffer the humiliation of Yovanovitch in being recalled from his post, Grew did experience the same ultimate disappointment for an ambassador:  failing to effectuate a policy that he thought would best serve his country’s interests.

Lew Paper is the author of In the Cauldron: Terror Tension, and the American Ambassador’s Struggle to Avoid Pearl Harbor.

Savor the Democrats’ Humiliation
Townhall
THERE it is! Peter Doocy got Jen Psaki to admit what led to a crime surge in cities (ALL run by Dems)
Twitchy
Liz Cheney Gets a Big Signal That She's About to Get the Boot
Redstate
Joe Biden: A Failing and Flailing President
PJ Media