Welcome to the Brave New World of White Shaming 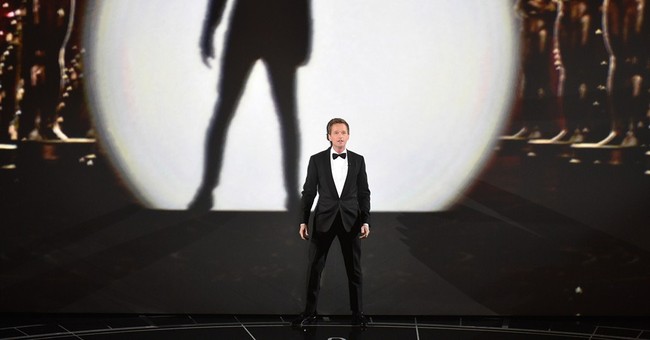 In a fascinating article that provides an invaluable glimpse into the liberal psyche, the New Republic – long recognized (even by itself) as the whitest publication in America - announced on Monday that it has decided to forgive Hollywood for its whiteness. After all, the article reasoned, at least the white people in Hollywood have the decency to really, outspokenly, obnoxiously and ignorantly liberal. Thus, in the twisted logic of the modern liberal mind, you can be the most privileged of the privileged white people on earth, but as long as you act properly embarrassed about it and make the appropriate excuses, you can ultimately be forgiven.

There’s something uncomfortable and base about the vast majority of discussions of race that occur in the country today, and I say this as a white person who has publicly argued that there are many things about the black experience in America that white people don’t get. There are legitimate blind spots that people of all races have towards the experience of people of other races that thoughtful discussion and dialogue can help to bridge. Unfortunately, almost none of what happens today even attempts to fall into that category. Instead, the discussion – particularly in liberal circles – inevitably proceeds from the assumption that, alone among all actors in history, white people’s sole contribution to any such discussion should be apology for their skin color. The phenomenon of white liberal guilt has long been understood and discussed – we are now moving to the next phase inevitable phase of the discussion: white shaming.

The shamelessness with which white shaming is engaged in by many of these liberals telegraphs the extent to which they actually have absolutely no interest in fixing the problems that exist in modern American race relations. After all, never has anyone of even moderate intelligence honestly believed that the best way to reach reconciliation with an opposing party is to insult them over a characteristic over which they have absolutely no control. The nearly universal human reaction to this form of “persuasion” is anger and/or bitterness. And its use has become so pervasive on the left that the well may have been irrevocably poisoned for this generation – any discussion at all concerning racial inequality causes the hackles of otherwise potentially receptive people to raise in the anticipation that they are about to be insulted concerning something over which they have no control yet again.

Which, one suspects, is the entire point. The tactics in use suggest that racial reconciliation is not the goal, but rather instead inducing a feeling of learned helplessness. If you spend years and years being attacked about something over which you have no control, sooner or later you will surrender and just look about for the easiest way to make it stop so that you can go on living your life. Not to worry, the people wielding the club are here to help! You can atone for your whiteness by being liberal – although, frankly, that might not be enough. You have to be willing to proselytize others into liberalism as well:

Perhaps because of the uncomfortable run-up, these "Whitest Oscars Ever," hosted by Neil Patrick Harris, turned out to be a surprisingly political ceremony, the most candid and activist Hollywood has been in years. Not only did many of the winners use their stage time to stump for causes, but the usually conservative telecast let them. The Oscars are known for cutting away from winners broaching sensitive subjects or for swelling the music when someone gets carried away (think Michael Moore berating George W. Bush). This year, they were happy to let people get it all out—even if it led to the ceremony running well over time.

If anything, the Oscars telecast shows how different the actual people who go to the ceremony, the ones making the speeches and giving standing ovations, are from the thousands of other members who vote. The question then becomes: Which matters more? The Academy is old, insular, and white, but the telecast that it produced this year was the opposite, populated with diverse faces standing up for justice and understanding. That’s not to excuse the Academy’s problems, but it’s the Oscar ceremony, not the ballots of 6,000-some old men, that millions of Americans actually see. Those are the messages they’ll hear, amplified by the glamour and fame of celebrity. In his acceptance speech, Imitation Game screenwriter Moore acknowledged the power of celebrity to effect change: “Stay weird. Stay different, and then when it's your turn and you are standing on this stage please pass the same message along.” On Sunday night, that’s exactly what Hollywood did.

And thus we witness the delicious and indulgent irony of a publication that less than two months ago confessed to being the whitest publication in modern history lecturing Hollywood on its whiteness but offering the get-out-of-shaming-free card of liberal speechifying. And thus is the real agenda behind this despicable campaign of division and intentional strife exposed. While it might be (and definitely is) injurious to modern race relations, it is great at creating acolytes for the spread of liberalism among the weak-minded and politically weak-kneed. And if, in the final analysis, relations between white and black people actually get worse in the process, that is a small price to pay for these people in the furtherance of the expansion of their political power.