Obama and his Iraqi Guest 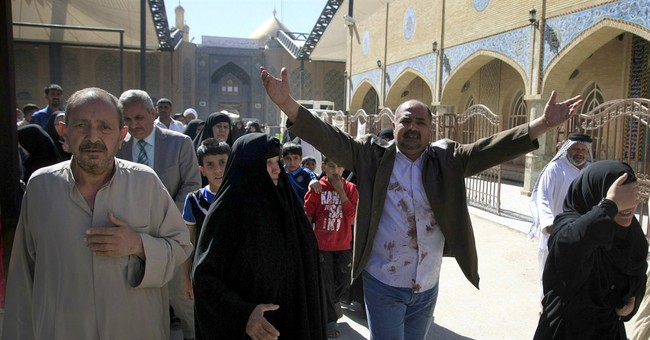 This column was co-authored by Col. Thomas V. Cantwell, who was the Commander of the 324th MP Battalion that protected Camp Ashraf in 2003-2004.

The Iraqi Prime Minister, Nouri al-Maliki, is visiting the White House this week. Doubtless, the President has many pressing issues to raise with him, among them Baghdad’s acquiescence to Iranian over-flights, carrying weapons and Revolutionary Guards to prop up Syria’s dictator Bashar Assad, and his increasingly sectarian marginalization of the Sunni minority in Iraq. One issue the President can ill-afford to ignore is Maliki’s breach of his repeated commitments to treat the 3,000 Iranian dissidents in Iraq humanely and his role in the murder of 112 of them since he took over their ‘protection.’

The President must let his Iraqi guest know that he is determined to take the lead and full responsibility for ensuring justice is served in the Sep. 1st murders of 52 Iranian refugees at Camp Ashraf, Iraq, and for the seven refugees still being “secretly” held by Maliki’s men.

The U.S guaranteed the safety of Iranian dissident refugees, protected collectively at Camp Ashraf, at the beginning of the war more than a decade ago. However, in 2009, before the departure of our military forces in 2011, we have left their fate in the hands of an Iraqi government that appears determined to kill and imprison them at the behest of the Iranian regime.

Two things must happen immediately. First, the safety and security of the refugees must be taken over by the International Community. Iraq has failed to uphold its pledge in safeguarding the refugees, instead appears to have taken an active role in murdering them, and can no longer be trusted with their security. Second, the UN must urgently establish a truly independent and impartial commission of inquiry into the murders and kidnapping to hold those responsible accountable for their actions.

Once the refugees are safe and the facts are known through an impartial investigation, progress can be made toward real resolution of their status, finding new homes for each of the over 3,000 Iranian refugees remaining in Iraq.

The killing of refugees by the Iraqi government began even before our military forces left Iraq, with attacks by Iraqi security forces against the refugees in 2009 and 2011. We knew even then that more attacks were inevitable. These ongoing attacks and murders are a continuous slap in America’s face. We apparently lack even enough influence to ensure the most basic of international humanitarian standards in the country.

Our inaction as a nation is incomprehensible. Our silence and inaction condones murders and kidnappings. We have turned our back on a promise and have left these people to face daily fears of attacks and death. Our nation could ensure their safety tomorrow, if our administration and Department of State simply decided to do what’s right.

The refugees at Camp Ashraf, all Iranian dissidents, were granted “protected persons” status under the Fourth Geneva Convention. The U.S. also guaranteed their safety in writing when the camp was initially organized.

The ordeal of Iranian refugees in Iraq is far from over. The UN and the West have largely ignored the Sept. 1st attack on Camp Ashraf. We simply cannot sit idly by while 52 men and women were brutally slaughtered that day and seven remain imprisoned by Iraqi security forces.

A pattern of conduct of the Iraqi government has been well documented by those who monitor the situation in Ashraf and in Iraqi prisons. Unfortunately, the International Community complacently tends to believe the Iraqi government’s misleading allegations, choosing instead to play the role of an ostrich burying its head in the dirt while refugees are summarily tortured, executed and taken hostage.

As U.S. military officers who served in a variety of roles to uphold our promise of protection to these refugees during the Iraq War, we call for immediate action. Each of us would return to Iraq tomorrow to be a part of a real effort to secure the refugees and help move them to safety.

We want this resolved. We want America’s promises to mean something. We want to see our nation and the International Community finally do what is right by these 3,000 refugees.