Lee Culpepper
|
Posted: May 09, 2016 12:01 AM
Share   Tweet
The opinions expressed by columnists are their own and do not necessarily represent the views of Townhall.com. 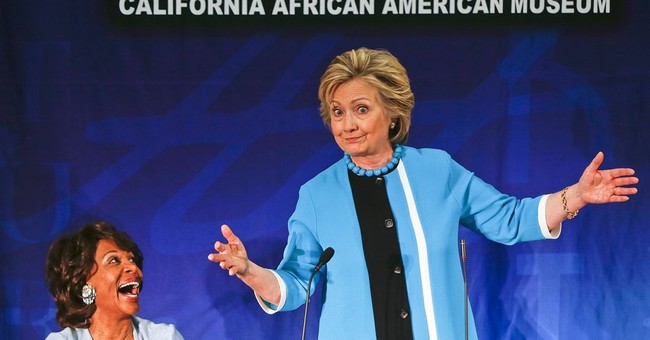 When Ted Cruz suspended his campaign Tuesday night, discouragement and defeat broke in to my head. They kicked me around, taunted me, and told me to give up hope for America. But I refused to cooperate.

Cruz’s intricate plan to win the presidency wasn’t good enough, but his objective for the country will always be worth fighting for. Restoring and defending the Constitution, Liberty, Security, and Truth. That was Cruz’s mission.

Well, the surefire way to lose a fight is to quit fighting.

I will improvise, adapt, and overcome.

The Marine Corps trained me for situations that suck. And the last seven-and-a-half years -- as well as this past Tuesday -- have done their best to demoralize me. But I will never give up.

When I committed to serve as a Marine, I made that decision out of a personal sense of duty. I had the freedom to choose. However, my free choice was actually paid for by the blood of selfless Americans who have fought and died for this country. I knew I didn’t want to live my life having never volunteered to sacrifice anything for freedom.

Today, my weapon is my vote. It might not be much, but I will not lay it down for anything. Better men than I am have sacrificed their lives and bodies to put that weapon in my hands. When the time comes, I will use it against our country’s greatest threat in the general election. Fortunately, I don’t have to make that decision today.

In fact, if I were forced to choose between Hilary Clinton and Bernie Sanders, I would probably cast my vote against Clinton.

Bernie Sanders seems weak. I saw him surrender his stage and microphone to two loudmouthed and angry women. His juvenile idealism would be more easily throttled than Hilary’s established network of cold-blooded killers. Bernie’s skin color and lack of natural estrogen would not protect him from impeachment if he turned out to be the same sort of enemy as Obama and Clinton are.

Nevertheless, the real situation continues to unfold, so I will adapt to it as it changes. While I wait to take my shot, I will continue to analyze the battlefield.

As I reflect on what has happened, I think Ted Cruz forfeited his quest to win the nomination because it became impossible to ignore that a tactical victory in Cleveland would most likely lead to a catastrophic loss to an indubitable enemy in November.

Logic and facts never would have persuaded enough of Trump’s pugnacious supporters to rally behind Cruz had Lion Ted battled on and vanquished their idol in Cleveland.

Many in Trump’s base, like his spokeswoman Katrina Pierson, are Obama’s disgruntled apostates. They remain slaves to their pride and emotions.

Trump understands what makes them tick. Like their previous idol Obama, Trump plays to their fantasies, and they hand him their souls. That’s just how it is. There’s nothing that can be done about it.

Other Trump supporters are more like enigmas. Why Ann Coulter tries to convince me to believe anything Trump says is nothing short of perplexingly obnoxious. At least Dr. Ben Carson has the courage to admit he’d rather support someone else.

After Cleveland, Ted Cruz would have needed all of Trump’s radicals to support him, but he was never going to win them over. These zealots devoted themselves to Trump. He owns them. No amount of facts or reason could have set them free from their voluntary bondage.

Besides, only someone like me would have tried to convince himself that Donald Trump would have just walked away had he lost in Cleveland. In hindsight, it was a safe bet that Trump would have simply run as a third party candidate if only to spite the GOP and everyone else who opposed him.

The GOP may end up doing the same to Trump. It’s all part of the chaos that happens in battle. Victory hinges on being flexible. The only thing I can control right now is my brain and my weapon.

I see almost nothing to like about Donald Trump. However, unlike President Obama, Trump does not appear to hate America. That alone seems like an improvement from where we are.

As for what differentiates Trump from Hilary Clinton, Hilary Clinton literally despises America’s military. Donald Trump does not.

Considering what our nation’s warriors have done on behalf of those who have never volunteered to fight and die beside them, I will cast my vote against America’s greatest enemy in November.

Like it or not, America’s military plays a significant role in our chance to restore the Constitution and to defend our freedom. If you need a reason to sacrifice something deeply personal, do it for those who have and will sacrifice their lives and bodies to defend you.

If you want to stand by noble principles, at least do something daring. Refuse to pay your taxes.

Never quit. Never give up. Never lay down your weapon.