Another Christmas Classic for Ted Cruz 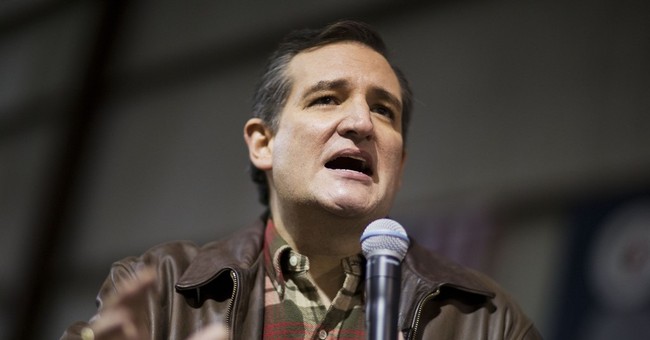 If you missed Ted Cruz’s commercial about his imaginary new book Cruz Christmas Classics, you really need to watch it. It ran this weekend during Saturday Night Live.

Nevertheless, in the spirit of Ted’s imaginary book, I thought I’d try to write my own Christmas classic that gets right to the point of Marco Rubio’s bogus assertion that Cruz supported legal status for illegal aliens.

I titled my story, How the Grinch Named Marco Lied Before Christmas:

Every conservative in America likes Ted Cruz a lot...

But the Grinch named Marco apparently DOES NOT!

Christmas is here. It’s time to be Merry.

But believing the Grinch is both foolish and scary!

He stood on the stage with a dubious grin.

He thought to himself as he piddled his notes,

“These voters are naive and some are just dopes!”

“I fooled them once; I can fool them again!”

Remember when he swore to be a Tea Party guy?

Sure Marco claimed to oppose amnesty once.

But John McCain and Chuck Schumer must have called him a DUNCE.

So amnesty he supported -- in fact still he does.

That’s not Ted Cruz’s record, but the Grinch wishes it was.

Cruz for amnesty? The Grinch’s charge is untrue.

Cruz authored an amendment that was a satirical ruse.

Cruz mocked the Grinch; he ridiculed the Gang of Eight.

Cruz struggled not to laugh at his sharp amendment’s doomed fate.

As if they weren’t enough, so does Mike Lee.

Loyalty and trust are not qualities the Grinch can tout.

Amnesty is not about some imaginary-legal-non-citizen status.

It’s about the Washington Cartel plotting to laugh at us.

Amnesty is everything undocumented Democrats could ask for.

How does the Grinch deal with all this?

“Don’t listen to them. Listen to me!”

But when Marco last won, it wasn’t a win.

If you supported the Grinch before, don’t do it again.

He just skipped the vote on the Omnibus bill.

But Ted Cruz’s record is faithful and smart.

He’s done everything he promised right from the start.

Still the establishment continues to whine.

so conservatives can celebrate Christmas with promise and cheer!

Before Rubio’s supporters claim I’m attacking their candidate, I’ll point out that I am merely stating the facts as they are. It only sounds like an attack because the facts are ugly. However, Marco Rubio is responsible for that. Be mad at your candidate, not me.

Cruz’s amendment was more like a feigned surrender on his opposition to amnesty. You know -- an insincere compromise. Clearly, the Gang of Eight knew it.

Why didn’t the Gang of Eight hang “legal status” around Cruz’s neck when he extended it? It was a bold and taunting maneuver by Cruz. He gambled that the hypocrites would not take the bait. He says as much in the video to which establishment supporters are clinging.

Don’t believe your lying eyes. It’s right there in front of your face.

Furthermore, if Cruz was with the Gang of Eight on “legal status,” why would the Washington Cartel brand him divisive? He’d be a team player if he supported legal status. The cartel just wants it both ways. The real reason they despise Cruz is he most definitely is not one of them.

The truth is Cruz voted against amnesty, and Marco Rubio voted for it. Period.

As a result, Rubio is probably thinking bah humbug while Ted Cruz is thinking Merry Christmas and Happy New Year!

If you still believe Ted Cruz actually supported legal status for illegal aliens at this point, you might want to order his imaginaryCruz Christmas Classics, too. Just remember, “if you’re not completely satisfied...you probably hate Christmas -- and America.”