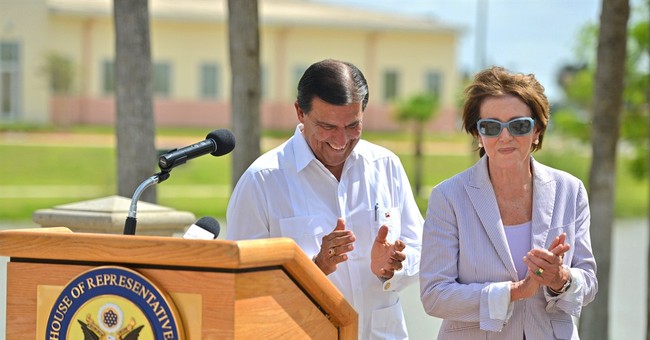 Trending
As tens of thousands of unaccompanied children from Central America spill over our southern border, millions of disregarded black kids remain confined to war-like ghettoes across the United States. If the level of violence occurring every day in urban black communities popped up anywhere else, does anyone believe liberals would pretend not to notice?

Apparently, as long as a significant element of urban blacks are content to destroy each other, the Democrat Party seems more than happy to go on supporting them with taxpayer money. Of course, the individuals most responsible for annihilating these neighborhoods -- along with their children who inherit their addiction -- are those individuals most strung out on the government’s ghoulish compassion peddled by the Democrat Party.

On the other hand, the illegal immigrants who are fleeing barbaric countries spark a more vocal hysteria into liberals everywhere. They simultaneously make demands for immediate amnesty -- which, of course, would do nothing to stop the tsunami of people coming here illegally, since Democrats refuse to seal the border. Yet liberals fall over each other to parade their sanctimony before the media. They clamor about “immigration reform” and children from countries terrorized by drug cartels; meanwhile, more urban black kids become murder victims of gang violence, and the liberal majority pretends not to notice.

In general, however, magnanimous words and feigned compassion regarding Central America’s children will persuade the average liberal to the Democrats’ bizarre panacea: entitlements for everyone. To progressives, pouring hard-earned-taxpayer money down an endless hole in the southern border means nothing -- much like financing the self-destruction of many urban blacks doesn’t seem to bother them, either. For liberals, good intentions trump terrible consequences, and giving away other people’s money may serve as some twisted therapy to cope with the internal shame of exploiting impoverished people for political gains. But most of us understand that financing other human beings’ self-destruction is morbid -- even when liberals call it “compassionate help.”

Regardless, when the subject comes back to the mayhem and lawlessness destroying black children and their hope for better lives in merciless cities like Chicago, St. Louis, New Orleans, Detroit, and Washington DC, liberals immediately cast accusations of racism and lecture the rest of us on their delusional theories of tolerance and multiculturalism. This tactic, however, continues to end most discussions rather quickly.

But come to think of it, when was the last time Nancy Pelosi stated publicly that she wished she could take all of America’s urban black children home with her? Granted, liberal correctness would destroy a normal person for making a statement like that. Everyone knows liberal attack dogs are trained to leap in to action, growling with accusations of some sinister white arrogance that serves to deprive “children of color” of a connection to their cultural roots -- you know, like being murdered in gang violence as a result of Mom being hooked on paralyzing welfare and thus incapable of escaping the ghetto. But Pelosi carries a liberal badge; she operates with impunity. Her pious sap is all that matters.

Everyone knows Pelosi was disingenuous in her statement concerning her self-righteous wish that all the children from Central America could come home with her. Despite the fact Pelosi is almost always disingenuous, why hasn’t anyone asked her what is stopping her now from providing a home for one or two of those unaccompanied children? Talk about a moment to lead by example. Maybe she knows that the president might never end this “opportunity,” as Pelosi describes it. And maybe she knows she would be stuck with the kids forever. Yes, only Pelosi would know for sure.

Nevertheless, the congresswoman has unwittingly spawned an incredible chance for the Democrat Party to prove its genuine benevolence. Since the administration is already abandoning the children from Central America in working-class communities across the country, Pelosi’s wish should open the doors to every privileged-liberal household nationwide -- you know, actually putting their homes where their mouths are.

Although the nation’s first half-black president vehemently opposes school vouchers (an educational opportunity for urban black children to rise above the ghetto), perhaps he would consider signing an executive order inspired by Pelosi’s heart-felt wish. The order would simply compel every wealthy liberal who voted for the president to provide a cultural-exchange home for “troubled” black children from America’s most violent inner cities. Who cares if Pelosi herself could opt out?

Just imagine the celebration that would take place among good black children at the mere thought of ridding their schools and neighborhoods of all the hoodlums currently destroying them. Then again, the president could just as easily abandon these troubled youths in plush neighborhoods, basically like his administration is doing with the immigrant children in more modest communities like Murrieta, California. However, a more coordinated effort to place these disruptive kids in the homes of rich liberals would be far better.

Just think of how these big-hearted and tolerant liberals would finally benefit firsthand from this fantastically compassionate multicultural experience. Based on liberal theories, high-performing public school districts, like Fairfax County Virginia’s, would immediately be complemented by an influx of a radically different urban culture. Additionally, conservatives would finally see their own foolishness as multicultural bliss blossomed in areas currently deprived of this unique urban culture.

Surely the media could just ignore the immediate improvement in inner-city schools brought about by just having order and discipline once again. And certainly the high-performing schools in America’s wealthiest communities would have their new culturally diverse students getting better results than the ghetto schools in almost no time. Just sharing rich liberals’ wealth and homes with struggling urban youths would absolutely help them just as much as sharing America’s entitlements helps illegal immigrants.

Let’s face it. Is there really any difference, aside from black children being documented Americans?