An Imperfect Christian's Imperfect Analogy or Just Another Cosmic Accident? 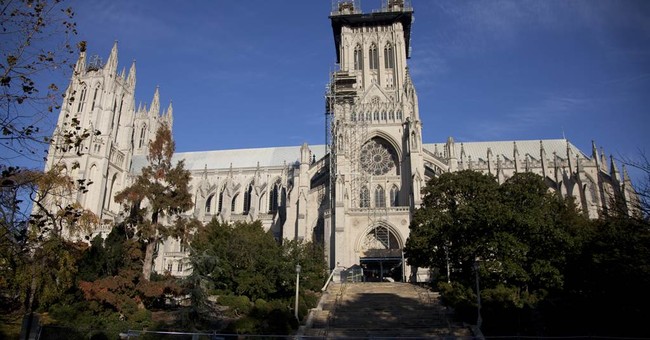 According to the best selling book of all time, all of us are willful orphans. Each one of us was planned, designed, created, and provided for with a world that could sustain us, but we were all separated from God by our own foolish pride and self-absorbed impulses -- yes, I mean sin. Of course, not everyone believes this, but for those that do not, specifically non-Christian parents, analyzing their own lives might help them to see the truth in God’s message.

Being a reformed high school English teacher, I often joke that teaching was all the birth control I ever needed. As much as I loved my students, I was always eager to return them to their parents or guardians at the end of each day. Nevertheless, I eventually discovered that God was not going to let me escape all the responsibilities and sacrifices of parenthood. I believe God has made me a substitute father many times in the lives of teenagers who do not have involved dads. In fact, some do not even know who their fathers are. The absence of a father in their lives is often quite evident. Just having a father present generally seems to lead to better behavior and more self-assurance among the kids I know.

These circumstances have made my knowing that we are all created in God’s image more meaningful and helpful. Knowing that none of us are the fallout of some random-cosmic accident and that none of us evolved from pond slime is quite a confidence builder. The reality of being closely involved with many young people struggling with feelings of not being wanted, loved, or planned by their parents is often quite depressing. However, understanding that almighty God created us and pursues us is not only comforting, it is downright humbling in a mind-boggling kind of way. How much better would our society be if we could teach the fatherless that despite their missing or unknown fathers, the children are not accidents? Their lives truly have divine purpose and value.

Unlike innocent orphans, however, who are generally victims of tragedies or of self-absorbed and irresponsible people, we all become willful orphans as we all fail to overcome our sinful self-will. Is there anyone who has never taken life for granted or failed to control some natural impulse that we would pray those we love would not succumb to? Every parent has probably experienced the pain, frustration, and ultimately anger of dealing with a child that takes parental love and sacrifices for granted. I suspect that is small taste of God’s world.

Any devoted parent must understand how and why God willingly endured great suffering and humiliation as a way to redeem us in him. Like ungrateful children, nothing we can do can make us truly worthy of God’s blessings or forgiveness. What God demands is that we truly believe that Christ Jesus is who He says He is, and that we sincerely endeavor to honor (slash obey) his teachings. I think any good parent relates to such an expectation.

My hope is that responsible non-Christian parents might see how the Bible makes tremendous sense -- especially in light of the fact that no cosmic accident could have created all the intricate order necessary for the world to function as perfectly as it does, or for the important role that humans play in it. Something or someone truly awesome had to design this.

This past Father’s Day, my pastor taught a sermon on orphans, which happened to relate with a blessing in my life that on Sunday seemed more like just a foolish do-gooder’s bad decision. Fortunately, I spoke with my pastor on Monday regarding a question about his lesson. Afterwards, I suddenly felt tremendously humbled by what I believe was God’s message to me.

Several months ago, one of my former wrestlers, whom I’ll call JB, suddenly found himself needing a home. He had just a few months to go before graduation. Two years ago, JB had to leave his mother’s house after nearly fighting her live-in boyfriend over a basketball-game confrontation. His old neighborhood is incredibly dangerous. In fact, early Friday morning, about 48 hours before Father’s Day, a boy JB knew well died after being shot in the head during the latest gang-related murder. JB knew the neighborhood boy so well that JB’s mom often referred to the boy as one of her sons.

I had not been involved in JB’s life much since I stopped coaching -- which was a tough-love decision made when my rising team failed to honor a commitment to train through the off-season for the third year in a row. Absent hard work, their natural talent failed to repeat the momentum of success they experienced the previous three seasons. At the time, JB was a freshman with phenomenal natural talent, a decent work ethic, but no leadership from his older teammates. The embarrassment and underachievement the team endured the following season was hard to watch, especially in light of the investment I have in all of their lives. However, I know some of them learned the harsh lesson I was trying to teach them. JB, for example, began to put his work ethic and talent together when he left his mother’s home.

After my departure from his school, JB eventually moved in with his paternal grandmother. The move helped him escape the perils and hopelessness of his mother’s neighborhood. It also required him to transfer to a school, which happened to have far more order and discipline than his old school. However, honoring the boundaries expected of him by his grandmother and subsequently two other families proved to be more than JB completely respected. In the three previous arrangements, JB simply wore out his welcome.

Despite the obvious, my wife and I extended the invitation to JB to live with us because we wanted to ensure he graduated and did not become a gloomy statistic related to absent fathers. Aside from the compounding factor of being a teenager, he is just like most of us, focused on himself. Despite his selfish shortcomings, he certainly has many redeeming and positive qualities. His determination to overcome the environment in which he was born reveals a lot about him. Nevertheless, like every other young adult, he wants to do what he wants to do without any current ability to provide for himself. In fact, in order for him to graduate from the school he was attending and to live with us was not a simple issue to resolve, but it ultimately came together through the hard work of others who also want to see JB succeed.

While I had been thinking about the talk I needed to have with him, I understood the moment we invited JB to move in with us that my harsh and blunt reality checks that I generously shared as his coach and teacher, were not what he needed now. Nevertheless, by graduation week, JB was beginning to test the limits of my Marine Corps brand of understanding and patience.

Fittingly, on Father’s Day, I suddenly understood the burdensome blessing this young man is to me. He is simply an intense reflection of myself and how ungrateful I so often am for all the blessings my heavenly adopted father has given me. I am always asking for more when I already have more than I need, and I am too often doing what I want to do in defiance of what God expects of me, and of what I know is probably in my absolute best interest.

I’m not entitled to any of the blessings or forgiveness that God has provided for me. God does not need me for anything. Everything he has done for me is because of his incomprehensible love. He just asks that I confess that he is who he says he is and that I honor his teachings.

Because JB is not my biological son, I got a better taste of what God might feel about me and all of the selfish, ungrateful, and foolishly prideful things I still do to this day. I can only pray that this random or imperfect analogy can help JB and others as much as it has helped me.