Lawrence Meyers
|
Posted: Aug 14, 2016 12:01 AM
Share   Tweet
The opinions expressed by columnists are their own and do not necessarily represent the views of Townhall.com. 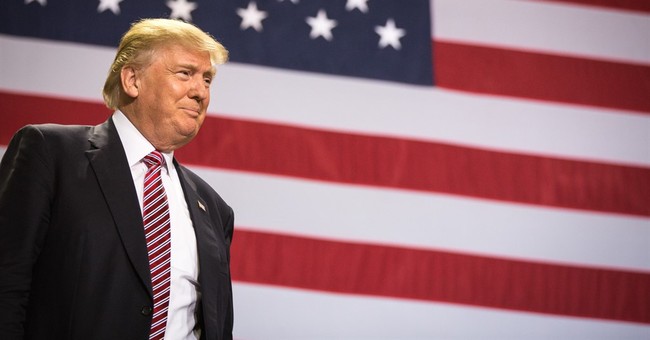 What is the psychological foundation of TDS?

In every culture, there must be a vessel that holds negative energy. It is what depth psychologist Carl Jung called the “Shadow” of the culture’s collective unconscious. It is “The Other”. It is the projection of that culture’s own dark side. The Other must be created, for it is a defense mechanism that allows the culture to avoid dealing with difficult or unwanted feelings. Thus, there is all that is perceived to be “right”, and anything that opposes that order must be – by definition – wrong. It must come from darkness. It must be evil.

For if The Other is not evil or wrong, then that which is evil and wrong must lie within the culture itself. Therefore, that culture is corrupt. It is wrong. It is imperfect. It is bad. This psychological realization must be avoided at all costs. It creates cognitive dissonance – when facts contradict the deeply-held beliefs of the culture.

Therefore, all the negative energy and attributes are projected onto The Other.

Remember Lord of the Flies? “Kill the pig, cut its throat, spill its blood!” Even that culture had to create its Shadow. The less tethered to reality the culture is, the more irrational a reaction there will be to the Shadow, and the more inhuman it will appear, and the more rage-induced the reaction to it must be. It will truly be a deranged response.

The word deranged comes from the Old French word desrengier, meaning “to move from orderly rows."

In Nazi Germany, the roiling and ugly psychological depths of the German people of that era were projected onto the Jews. The contorted depictions of the Jews in Nazi propaganda were, in fact, nothing less than the projected images of the deformed collective psyche of the German people at that point in history. The subsequent deranged reaction to the Jews was the Holocaust.

However, unanticipated consequences arise for the culture itself when the Shadow is projected onto The Other. The culture’s own corrupt and deceptive elements are permitted to thrive. Society devolves. Jack and his band murder Simon and Piggy in Lord of the Flies. Society devolves. Hitler rampaged through Europe.

This brings us to Trump Derangement Syndrome, and the implied coronation of Hillary “Snow White” Clinton.

Of course, Leftists will insist that they aren’t projecting, because Donald Trump actually is “racist,” “fascist,” “homophobic,” “a madman,” “misogynist,” “dangerous,” and “an a**hole."

TDS is evident in these descriptions, best exemplified by a completely inaccurate claim regarding fascism. Fascism is characterized in part by the following:

Now, It is certainly possible that some of these names being called Donald Trump are true. It is difficult to be certain, because Leftists also fail to recognize political rhetoric and political theatre, except when it is their candidate who says things that “she doesn’t really mean."

Yet, let us suppose that Donald Trump is everything TDS sufferers claim.

The overarching question remains the same: how does any of this translate to policy?

What if Trump is a racist? Misogynist? Homophobic? Congress and the states make laws, not the president. He could name a Scalia disciple to the Supreme Court, but SCOTUS rarely reverses itself and usually only on Constitutional issues. Laws regarding abortion or gay marriage or anything else that SCOTUS has ruled on require a Constitutional Amendment to change.

Of course, Snow White hasn’t done a single thing wrong. Ever. Not a single one of the allegations stretching back 40 years is true in any way. Not a single one. She is the single most lied-about politician in modern history! Right?

But back to fascism. Wasn’t it President Obama dictatorially proclaiming that all public schools will be required to have transgender bathrooms? Unilaterally imposing new gun restrictions (out of a “need”)? Trying to re-write immigration law on his own, only to have the Supreme Court kill his plan, along with 12 other actions Obama has taken as president?

Speaking of misogyny, Democrats virulently opposed women’s suffrage for many years. Why do Hillary Clinton supporters utterly ignore that she has repeatedly tried to destroy women who were raped and assaulted by her husband, while claiming she is a “woman’s advocate” and “victims should always be believed.” Do HRC’s female supporters even know the names Paula Jones, Juanita Broderick, and Kathleen Willey?

Projection -- now exhibited in its form as TDS -- has a terrible boomerang effect. As Carl Jung said, “Until you make the unconscious conscious, it will direct your life and you will call it Fate”.