“I Can’t Believe He Said That!” It’s Political Theater, People!

Lawrence Meyers
|
Posted: Feb 22, 2016 12:01 AM
Share   Tweet
The opinions expressed by columnists are their own and do not necessarily represent the views of Townhall.com. 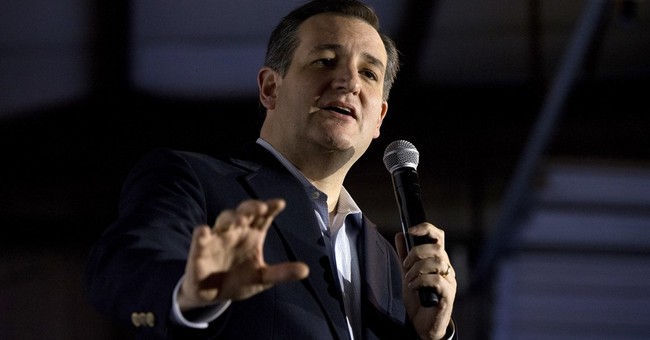 “Cruz is a religious zealot!”

“Bernie Sanders is going to give me free college!”

All the world’s a stage, and that is particularly true during a presidential campaign.  And just like great theater, everything you hear is a pre-scripted line designed to elicit a certain response from a certain group of people.

In other words, if you believe anything that any candidate is saying – except Bernie Sanders – you don’t get it. You are being played, and you are smarter than that.

It’s never just the text we must pay attention to.  It’s also the context and the subtext.  Where, how, when, and why a candidate says something is what matters, and in order to make an informed decision, it’s critical to recognize what is being communicated and why – and for you to analyze why you have the reaction you do.

A liberal friend hears Ted Cruz and says “he’s a religious zealot.”  This friend, I assert, is just looking for an excuse to dismiss Cruz as someone he would vote for.  Historically, a candidate’s religious views rarely impact policy in any meaningful way.  They called President George W. Bush a religious zealot also.  What policies were enacted under his tenure that were direct results of his religious views?  Not many.

“Religious zealot” is code for “he will ban abortion.”  Abortion isn’t going anywhere. The president has no power to ban it.  All he can do is appoint Supreme Court justices that might look unfavorably upon abortion, yet even then, SCOTUS rarely reverses itself, particularly in the modern era, despite its politicization.  Bush had a stacked court for eight years, plenty of time for anti-abortion legislation to make it way to SCOTUS, yet the only meaningful restriction was on partial-birth abortion.  The only other way to prohibit it is via Constitutional Amendment, which the President has no role in.

Yet Cruz will use religious language to demonstrate to his religious base that he shares their values, with the implicit understanding that he’d appoint an anti-abortion justice, despite the fact that it will be pragmatically meaningless.

Conservatives, meanwhile, claim Trump is a RINO.  Yet nobody really knows what Trump stands for politically, because as I wrote recently, Trump is only about Trump.  He donated to Hillary Clinton?  He says single-payer is a good idea?  He wants to ban Muslim immigration?

Don’t pay any attention to his words.  Trump donated to Hillary because he wanted something from her.  Trump’s apparent embracing of various Democratic ideals is an attempt to win over left-leaning Independents.  He talks about banning Muslims to reach those concerned over U.S. security.

Ironically, the only candidate who appears to be speaking authentically is Bernie Sanders.  He is unapologetically a Socialist.  His only downside is that he’s making promises that can never be kept.  Oh, that and he’s a Socialist.   If you really think Socialist Europe is in great shape, have another look at Greece, Cyprus, Spain, Portugal, Ireland, and read up on it.

The truth is much simpler to discern, which is why I ignore the primaries, other than for entertainment value.  The candidates are what they’ve always been, and their record demonstrates it.

Cruz will lead the country according to his conservative values.

Trump will do what’s best for Trump.

Hillary is just another version of Obama.

Sanders will pull the country even farther left.

It really is that simple.