Life in America Has Always Had Risks

Laura Hollis
|
Posted: Apr 30, 2020 12:01 AM
Share   Tweet
The opinions expressed by columnists are their own and do not necessarily represent the views of Townhall.com. 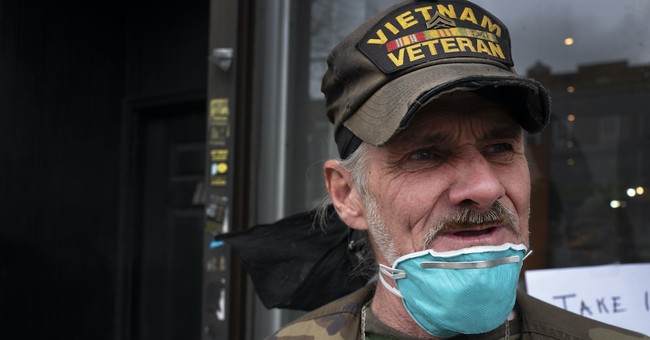 The country has survived the COVID-19 shutdowns -- so far. But it won't likely survive another major trauma to the system. There are those, like it or not, who anticipate such a result with some relish, as it presents opportunities for them to remake the nation into something they prefer, politically and economically. They get "cover," as it were, from those who call for much longer shutdowns, and who warn that life "will never be the same again."

There are people of all persuasions who want to seize the reins of power and purport to shape all policy around the avoidance of risk. They may pitch this as "doing what we do as Americans." But that is as un-American a notion as it is possible to articulate.

This country -- like most -- was formed by risk: the risks of separating from what was then the most powerful empire on the planet; the risks of instituting a form of government and an economy that depended upon the virtue, decisions and self-interest of free people; the risks of carving a nation out of a wilderness and climate that could be brutal and deadly; the risks of accepting from all over the world people who had neither language nor culture nor history in common but who sought the opportunity to fashion their own lives; the risks of new inventions; the risks of taking the human impulse to explore beyond the planet.

It isn't that our history is one of unvarnished success; many risks we have taken have failed -- most notably (though not exclusively) our inclinations to meddle in the complicated affairs of other nations. And some of our "successes" have come at great human cost, or with trade-offs we could not have foreseen at the time.

But amidst the COVID-19 pandemic, we've lost sight of the fact that life has always entailed risk. The national (and international) conversations on the need for widespread shutdowns have somehow moved from "until we flatten the curve" to "until we have a vaccine."

Those different goals have much different implications.

First, as author Sean Trende pointed out in his RealClearPolitics column last week, we have yet to develop a vaccine for any coronavirus. While that doesn't mean that we won't this time (or that it's not a worthy goal), our lives cannot come to a standstill while we pursue it.

But the biggest risk, in my view, is gradually capitulating to a small class of people who don't know how to run a country any more than the rest of us do but who ask us now to trust them to run things until everything is safe again. Which will be never.

To be quite clear, that they don't know how to run this country is not a criticism; to the contrary, our country runs as well as it does precisely because no one person or handful of people run it. If we lose sight of that fundamental, structural reality, we risk destroying the very things we seek to protect.

Even assuming (and I don't) that all those clamoring for the power to "protect" us have beneficent motives, those motives are irrelevant. For good or for ill, to retreat to our beds and blankets and wait for "smart people" to "fix things" will inevitably result in disaster.

Why? Because they're inevitably wrong.

Even the smartest, kindest and wisest people make mistakes. They don't know everything. They're not God. Look at the infection and death rate models we were given weeks ago. They were devised by the smartest people. And they were wrong.

It's different when a small group of people has disproportionate power and control. When they make a mistake -- and they will -- the failure is catastrophic, systemic. At that point, it is no consolation that their intentions were good.

Venezuela is a poignant example. Hugo Chavez promised Venezuelans that he would right every wrong, that he would meet all their needs. Life would be better -- safer.

Whether one thinks he had the most altruistic of motives or was a craven power seeker is irrelevant. His political and economic theories were simply wrong. His errors -- compounded by concentrated power -- destroyed a once-prosperous country. Venezuelans were destitute, hungry and lacking the most basic medical care before COVID-19 hit. Now, with the country's infrastructure destroyed, things are worse.

The impulse to defer to "experts" -- especially in a climate of uncertainty -- is understandable. We should listen, of course. We should insist upon facts and evidence, where it's possible to get them. We should make prudent decisions and protect the weakest among us where we can.

But we cannot just crawl into our hobbit holes under the misimpression that it's possible to make life perfectly safe. We must not hand control of our lives, our businesses, our larger economy or our political systems over to "experts" just because they promise to keep us safe.

Some of these people are poseurs, truly interested only in personal power. They must never be allowed to get it. Others -- most, I believe -- are well-intentioned. But they, too, will be wrong at some point. Either way, the risks of what people with too much power will destroy with their inevitable errors are far greater than the risks we face by allowing all Americans -- flawed though we are -- to run our own lives.