Laura Hollis
|
Posted: Jul 13, 2017 12:01 AM
Share   Tweet
The opinions expressed by columnists are their own and do not necessarily represent the views of Townhall.com. 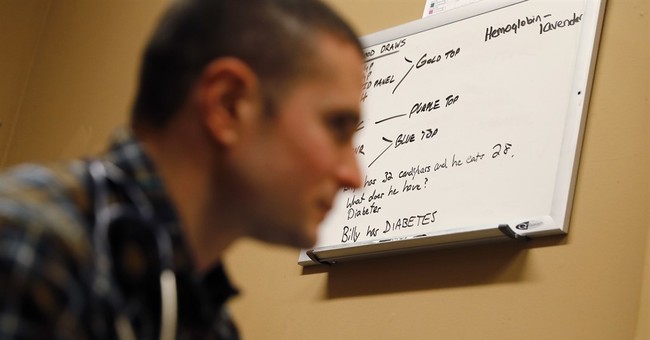 American psychologist Abraham Maslow is renowned for developing his "hierarchy of needs." This is typically represented as a pyramid of self-actualization in which lower-order needs such as food, sleep, excretion and sex must be met before a human being can evolve to meeting higher-order needs such as health, friendship, self-esteem and morality.

If it were possible to evaluate a society's health along such a Maslovian spectrum, ours would seem to be mired at the lowest level possible.

One need only look at the way we treat our children.

But wait, there's more. In the past year, TeenVogue has published numerous articles about abortion, including "What to get a friend, post-abortion," a handy gift-buying guide for that post-abortive BFF who has everything.

So many things wrong here, it's hard to know where to start. This isn't Playgirl or Cosmopolitan. It's TeenVogue. Their readership, by definition, is girls between the ages of 13 and 19, as well as a significant number of "tweens" -- little girls between the ages of 10 and 13. TeenVogue pitches itself as "the rebellious, outspoken, empowering magazine you need right now."

This isn't "entertainment" or "advice." It's irresponsible and reprehensible. It's probably impossible to quantify the emotional and psychological damage wrought by our society's warped obsession with children and sex. But it is certainly possible to look at some of the physical consequences.

The Center for Disease Control released a report in 2015 in which it warned that syphilis, gonorrhea and chlamydia are on the rise, with many strains now resistant to antibiotics. At least half of the 20 million-plus new infections each year are in young people ages 15 to 24. (Yet another article in TeenVogue cites to this very report with no sense of irony.)

Pornography warps perceptions of normal sexuality, interferes with the ability to obtain (and maintain) intimacy, is highly addictive and, in extreme cases, is associated with violence toward women and sexual abuse of children.

What kind of society tolerates -- much less encourages -- this in its young people? I don't know what Maslow would say. But it looks to me like a society that is unevolved, self-absorbed, primitive and sick.