Laura Hollis
|
Posted: Aug 18, 2016 12:01 AM
Share   Tweet
The opinions expressed by columnists are their own and do not necessarily represent the views of Townhall.com. 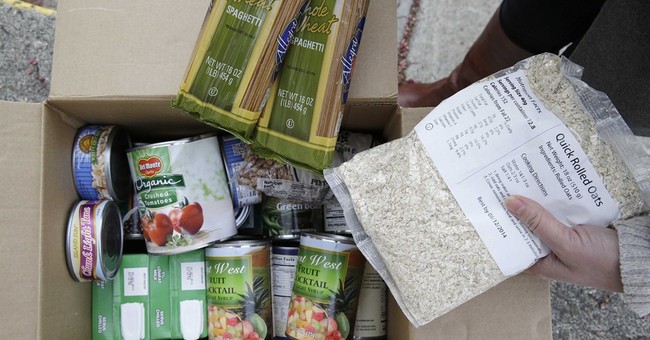 One of the most common disagreements among conservatives is whether or not Republican candidates should abandon so-called "social issues" in order to win elections. These contentious issues alienate independents, libertarians and centrists" the thinking goes. Instead, a winning candidate should focus on economic issues.

It's astonishing that we're still debating this. The reality is that social issues are economic issues. Or perhaps more accurately, social issues have deep and long-lasting economic implications. And nowhere are the flaws in Democrat and progressive thinking more evident than when we examine the economic impact of their social policies.

Republican presidential nominee Donald Trump sought to drive this point home in a speech he gave in Wisconsin earlier this week, following the riots in Milwaukee. With a theme of "law and order," Trump spoke directly to African-Americans, emphasizing that Democrat policies have failed them, and decimated their families, their neighborhoods and their schools. The erosion of family integration has created a gaping hole in black communities, and left young black males adrift -- subject to gangs, drugs and crime. The back-and-forth of higher crime rates and heightened police suspicion is directly related to the unrest and violence that we are witnessing now.

For Democrats, progressives and liberals of all stripes, the excuse is always "poverty" and the answer is always more spending. If it were possible to spend our way out of poverty, surely the amounts we have spent up to this point would have done so. But they have not even come close.

Almost $22 trillion has been spent since President Lyndon Johnson declared his "War on Poverty" in 1964. And yet the poverty rate -- which had dramatically decreased in the two decades prior to the commencement of President Johnson's spending program -- has not budged in the 50-plus years since.

Nor are welfare and other means-tested government support programs the only expenditures. Per-child spending in public schools has also exploded. By way of example, the public school system in our nation's capital, Washington, D.C., spends over $30,000 per child per year -- and yet over 80 percent of the eighth grade students in the D.C. public school system were not "proficient" in either reading or math.

Black writers have been trying to draw America's attention to these issues for years. Economists Walter Williams and Thomas Sowell have spent decades pointing out that the black family was better off before the War on Poverty than it has been since -- at least if one looks at the very important statistic of the presence of a father in the home, and the correlation between an intact family structure and the ability of black children to succeed academically and economically. Pulitzer Prize-winning author Nick Chiles published an article in the Atlantic Black Star titled "7 Ways the War on Poverty Destroyed Black Fatherhood." Chiles points out that while the intentions behind the War on Poverty may have been noble, the results have been awful: Welfare benefits are reduced if a woman is married to someone with an income -- thus it makes more sense (at least economically) to be a single mother; and the welfare system has created a persistent and pernicious myth that most black men cannot or will not support their children.

But the worst result -- and one that only shores up the connection between social policies and economic costs -- is the explosion of children born outside of marriage. While fewer than 25 percent of black children in the United States were born outside of marriage in 1964, by 2014 that number was over 70 percent nationally (and higher in certain regions). This has probably been the single largest contributing factor to persistent poverty among African-Americans.

But it would be a mistake to focus exclusively -- or even primarily -- on the government's role in these social issues. Government policies are largely reflective of and responsive to the public's views. And while poor government policies can exacerbate the decline in cultural mores (as many writers argue progressive policies have done), they rarely cause it.

No, if we want to assign blame for the ongoing decline of American culture, we need to look to other institutions in our society -- most notably the entertainment industry and academia.

Both have actively promoted the kind of conduct that contributes directly to the destruction of the family: the diminished importance (and even denigration) of marriage, early sexual behavior in teens and young adults, sexuality outside of marriage, and -- worst of all -- childbirth outside of marriage. For a political wing that purports to be "the party of science," the left seems to be in persistent denial about the ample evidence that the very conduct they promote and celebrate has had devastating consequences for children -- particularly children in economically disadvantaged circumstances who lack the other support structures that families from middle, upper-middle and the highest incomes have.

Political candidates -- and anyone else who is truly concerned about the plight of black Americans -- need to have the courage to call out the left on their hypocrisy. You cannot actively promote irresponsible sexuality and then disclaim responsibility for the chaos it creates.