Laura Hollis
|
Posted: Feb 04, 2016 12:01 AM
Share   Tweet
The opinions expressed by columnists are their own and do not necessarily represent the views of Townhall.com. 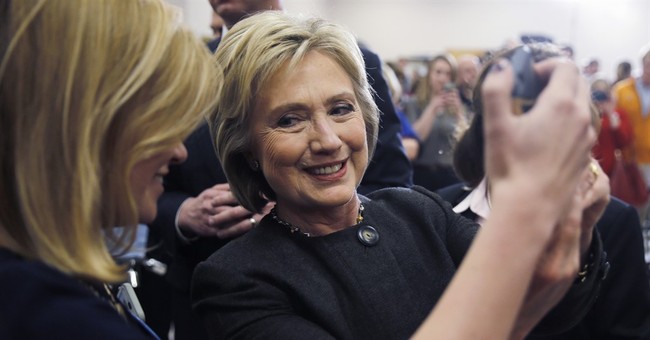 On the eve of the Super Bowl, I cannot help but compare presidential politics to professional sports. No, as the saying goes, politics "ain't beanbag." But surely there is some extent to which it can be -- and ought to be -- viewed as a team sport.

In that light, one of the most absurd performances of contemporary political theatre is watching Republicans every presidential election season try to destroy each other during the primaries, only to join hands, sing Kumbaya, and try to persuade the voters of the stellar attributes of the poor slob who's left standing come time for the general election.

This should be a banner year for Republicans. After seven years of Barack Obama, we have a limping economic recovery, $19 trillion in national debt, a feckless and toothless foreign policy that empowers America's enemies and alienates its allies, a disastrously expensive (and ineffective) health care law, and an administration that has deliberately and flagrantly disregarded constitutional limits on executive power, the existence of Congressional statutes, and even federal court orders. Obama's government refuses to enforce immigration law (and is now even cutting its aerial surveillance in half), has sued states to prevent their enforcement of federal immigration law, has released hundreds of thousands of illegal immigrants with criminal convictions back into the public, and followed policies that permit individuals who have expressed terrorist sympathies on social media to enter the U.S. legally.

What choices are the Democrats offering? Bernie Sanders, a 74-year-old socialist who, if nominated, would probably make George McGovern's 1972 performance look like a landslide. And Hillary Clinton -- a candidate whose "experience" includes the deaths of four Americans in Benghazi, Libya on her watch, who lied to the American public (and the families of those killed) about what the government knew about the attack on the consulate, and who was part and parcel of a concerted cover-up effort to blame an innocent (if crude and talentless) filmmaker for provoking the attack. Not to mention the investigation into her private email server and the use of unsecured email for classified State Department communications, the millions of dollars received by the Clinton Foundation from countries, companies and individuals who stood to gain from government contracts, and the six-figure sums Clinton routinely received as speaking fees from the same Wall Street firms that the Left loves to hate.

It's the 1990s all over again. When the New York Times, in its laughable editorial endorsing Hillary Clinton, characterized her as "one of the most broadly and deeply qualified presidential candidates in modern history," perhaps they were referring to the decades of experience Clinton has with disregard of rules, accusations of corruption, deceit, denial and deflection, all resulting in great personal financial gain. Or perhaps they were simply offering a unique interpretation of the word "qualified." (After all, parsing the meaning of words has been one of the Clintons' signature strengths as well.)

By contrast, the Republican pool of candidates has been incredibly diverse: men and women; black, white, Hispanic and Indian; of varying ages, but whom all offer a legitimate breadth of successful experience in politics, business and medicine.

Of course, no candidate will be to every voter's taste. But a big part of succeeding in November is being able to see that the president is the quarterback, and you need to have a team. Every declared candidate on the GOP slate may not be presidential material, but they could very well be a vice-presidential pick, or a strong choice for Secretary of Commerce, or of Health and Human Services. When an accomplished and popular conservative author like Ann Coulter refers to Marco Rubio as "sweaty little Mario," or Tea Party darling Sarah Palin accuses Ted Cruz of "dirty tricks" and compares him unfavorably with President Obama, it is unhelpful and counterproductive.

Democrats, the media and the rest of the vocal left (Hollywood, academia, etc.) are already only too happy to pick every Republican apart. Why on earth would you do it for them? I note in this vein that when Obama's opponents challenged his qualifications as a "natural born citizen," the Democrats circled the wagons. But this year, it's Republican commentators who are claiming that Ted Cruz and Marco Rubio are not qualified to run for President, despite clear and straightforward evidence to the contrary. Seriously?

It is manifestly stupid to spend 18 months demonizing the people you will need on your team later. Republican candidates -- and those who advise them -- repose far too much faith in the voting public's ability to say, "Hey, that's just the way things are," and to put it all aside when it comes time to cast a vote. To vote, you have to show up. We have plenty of proof that millions of conservative voters did not show up in 2012 or in 2008. And why should they? It's one thing to ignore the opinions of Leftists. It's another thing altogether when people on the same side of the political fence spend a year running down other Republicans. And you blame the voters because they believe you?

I get it. You want your candidate to win. And yes, conservatives of all stripes are sick to death of Republican candidates who promise to govern by conservative principles, only to get to Washington, D.C. and become part of the permanent political class that abandons those same principles out of cowardice or expedience. (Or both.) But the "circular firing squad" metaphor that is so often used is apt. All candidates should be able to articulate why their policies are stronger, their experience or abilities more appropriate; why they are the best pick for president. But candidates who spend the entire primary season criticizing the other candidates are just telling fans to shoot the quarterback.