From Charlie Brown to 'Scandal': Hollywood and Christmas 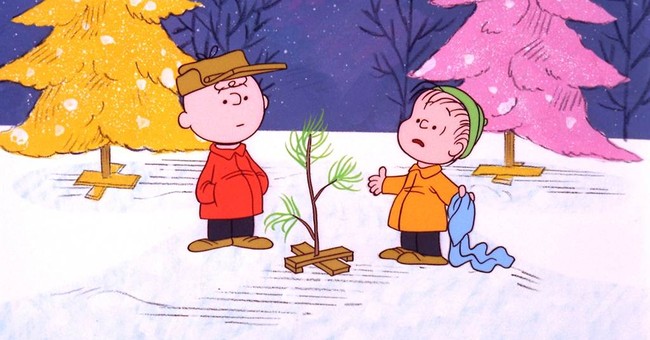 With Thanksgiving having come and gone, we are now solidly into the Christmas season. Two stories that reveal Hollywood's attitude about Christmas in painful detail recently caught my attention.

The first was an article in the L.A. Times about the 50th anniversary of "A Charlie Brown Christmas." It is now a classic; one of the most beloved of all broadcast television Christmas specials. Yet those in charge of its production at the time thought it was going to be a dismal failure.

Why? Because cartoonist and author Charles M. Schulz refused to include a laugh track, and -- most significantly -- because he insisted upon Linus' recital of the account of the birth of Christ from the second chapter of the Gospel of Luke.

Too serious. Too religious.

As we know now, the executives were wrong. "A Charlie Brown Christmas" was an instant hit. But even today, some still don't understand why. Several people were interviewed for the L.A. Times piece and asked about the show's enduring popularity. The reasons they offered? Feelings of "Familiarity and tradition," appreciation "Passed from generation to generation," and "Comfort in a difficult world.”

But if Hollywood was merely ignorant in 1965, they are actively hostile in 2015. What "Christmas" show is everyone talking about this year? The winter finale of ABC's hit show, "Scandal." In this now infamous episode, lead character Olivia Pope, played by Kerry Washington, has an abortion, which the doctor performs to the strains of the Christmas hymn, "Silent Night.”

In case you don't know (or don't remember), here are the lyrics to the first verse of that hymn:

It gets worse. The audience hears the words of Pope's father in voiceover during the procedure, saying, "Family is a burden ... a pressure point, soft tissue, an illness, an antidote to greatness. You think you're better off with people who rely on you, depend on you, but you're wrong, because you will inevitably end up needing them, which makes you weak, pliable. Family doesn't complete you. It destroys you."

As if this is not bad enough, the episode ends with Olivia Pope at home, drinking wine (is this some kind of new abortion meme?), smiling at her Christmas tree and listening to another sacred hymn, "Ave Maria," the Catholic "Hail Mary" prayer set to music. Some of the lyrics (translated from the Latin in which the hymn is sung) include the words, "blessed is the fruit of thy womb.”

What is Christmas? It is one of the two most sacred holidays in Christianity. It celebrates the birth of a child who comes to save all OF mankind. It is represented by depictions of the Holy Family: Mary, Joseph, and the newborn baby, Jesus, God Incarnate. In the hymn, the night is "silent" in awe of God's love and that of Christ's earthly parents. Olivia Pope's night is "silent," by contrast, because she has destroyed the life within her. A child is not the manifestation of love, or even an opportunity to give love, but the target of death.

Right on cue, here came the hardline pro-choicers celebrating the "honesty" and "bravery" of Shonda Rhimes, the show's creator. Cecile Richards, CEO of Planned Parenthood, was grateful for the very expensive commercial, issuing a statement in which she said she "applauded Shonda Rhimes." Jessica Samakow of The Huffington Post praised the storyline because it showed abortion to be "just one of the things [Pope] did that day.”

Sorry. Not buying it. All of these celebratory accolades smack of desperation and excuse.

It's hard to overstate the depravity in this. It is beyond "edgy," beyond tasteless, beyond insulting, even beyond blasphemous. An abortion set to Christmas hymns is evil masquerading as entertainment. And while we're on the subject, let's address the "bravery" nonsense and call out everyone associated with this episode for the craven cowards that they are. One need only contemplate for an instant what the outcry would be had ABC decided to take a similar approach to the holiest of holidays or most revered religious figure in the Islamic tradition. Christians are safe targets, and everyone in Hollywood knows it.

We have also learned that there is apparently is no "bottom" to the slippery slope in pursuit of the shocking and -- yes -- scandalous.

ABC deserves all the public opprobrium that it receives as a result of this appalling breach of basic decency. Unfortunately, I don't think that will change things much.