Larry O'Connor
|
Posted: Jan 20, 2022 11:15 AM
Share   Tweet
The opinions expressed by columnists are their own and do not necessarily represent the views of Townhall.com. 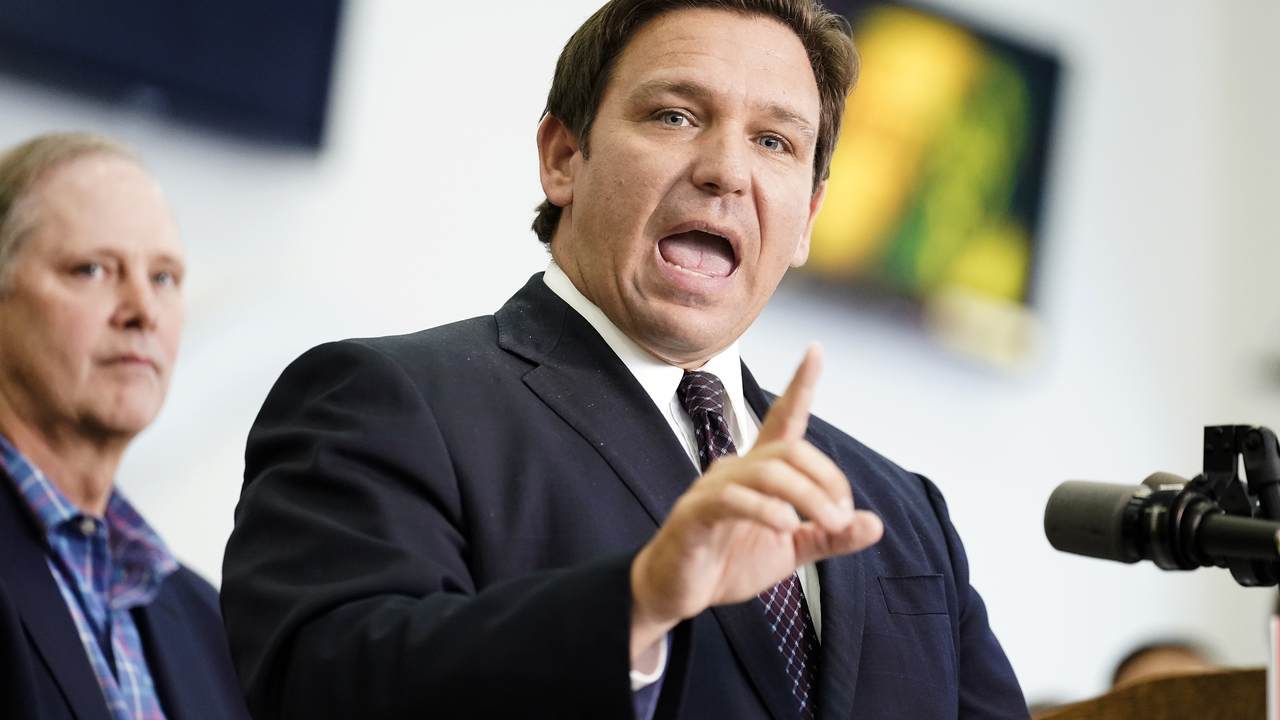 I want to dedicate my precious Townhall VIP space today to add to my friend Kurt Schlichter's stellar argument yesterday regarding the so-called "feud" between former President Trump and Florida Governor Ron DeSantis.

As Kurt so aptly stated:

While Trump has the gravitas of an ex-president, that he would be pulled down to the same platform as all the contenders (DeSantis would not be the only one) and this would make him look smaller. He would hate that. In contrast, as kingmaker, he will tower over the race – this would support him not running. But in a real primary, Trump’s current popularity can only shrink as people look at other candidates and some of them slip away.

For many of us, the question is not one of personalities. Politicians are fungible. Yes, Trump got shafted – I saw that lawyering after the election. But this is not about Trump, nor about gratitude. It’s about winning. Here’s my candidate, and I think the candidate of many others: The Based Guy Who Is Most Likely to Win.

Now, to the actual allegations made in the media that allege to draw the battle lines between the Republican governor of Florida and the most famous resident of his state, the former president.

“In the context of the 2024 election, he usually gives DeSantis a pop in the nose in the middle of that type of conversation," said a source who recently spoke to Trump about DeSantis.

The source, who shared the private remarks on the condition of anonymity, has heard Trump criticize DeSantis on multiple occasions.

The source said Trump makes a point of saying he isn't worried about the Florida governor as a potential 2024 rival.

"He says DeSantis has no personal charisma and has a dull personality," the source added.

First of all, I don't believe this is coming from Trump. I've seen enough "single-sourced, anonymous reports" from media outlets like this to know that usually, it's a bunch of BS. We should expect this report to be just that.

If we believed every single-sourced, anonymous report about Donald Trump over the past six years, we'd be Rachel Maddow. And we are not Rachel Maddow, are we?

But, for a moment, let's stipulate that Trump might be talking off the cuff in private and judging DeSantis in a rather disparaging light.

If "boring" is the best he's got, he's in trouble.

I don't know about you, but in the real world of policy and governance, a guy like DeSantis is hitting all the right marks right now.

He has stared down and pushed back against histrionic and dishonest media attacks while keeping his citizens free of mandates. He has insisted that school children are instructed in person five days per week, and that theme parks and hotels remain open since the Summer of 2020. He has done all this while growing the Republican voting base in a critical state like Florida.

No offense to President Trump, but he couldn't keep Dr. Anthony Fauci reigned in while he was at the helm during the pandemic. What do you think DeSantis would do with Fauci on his staff?

If all of that effective leadership and governance is "boring," well… let's be real. After the past six years of the wildly entertaining and cathartic Trump Show at the center of national politics, I suspect Republicans (and most Americans) would be just fine with a little "boring" right about now.