Larry O'Connor
|
Posted: Sep 17, 2020 1:05 PM
Share   Tweet
The opinions expressed by columnists are their own and do not necessarily represent the views of Townhall.com. 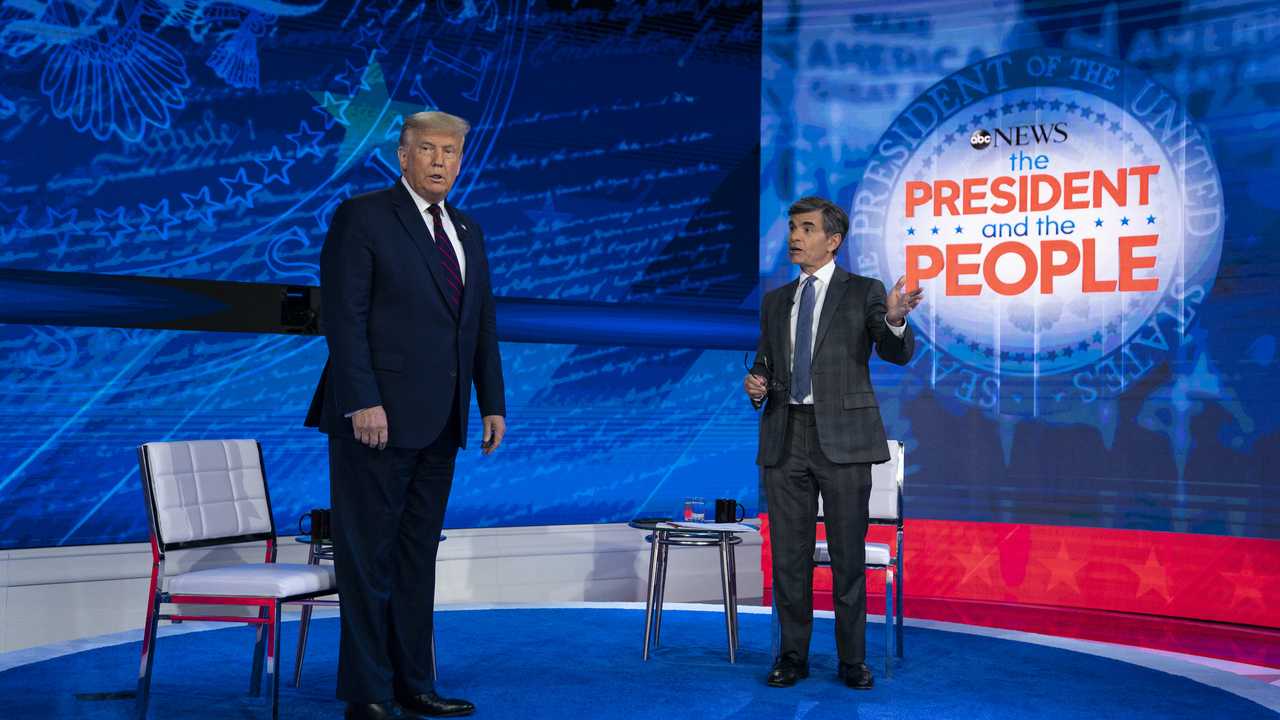 One of the most peculiar responses to President Donald Trump's town hall appearance on ABC News this week was the outcry from conservative commentators claiming he was "ambushed" by George Stephanopoulos and the Disney-owned network.

Think this through for a moment:

This is a network that produces "The View," a daily anti-Trump rant-fest. A network that aired footage from an American shooting range and told its audience it was a Turkish military strike in Syria that only happened due to a failure of Trump's policies. A network that aired Brian Ross' completely false report about Gen. Michael Flynn and President Trump in the midst of the Russian collusion hoax.

Furthermore, the town hall event would be moderated by Stephanopoulos. A man who was a chief strategist and White House official for President Bill Clinton. A man who has injected his personal political agenda into every facet of his political coverage over the past 20 years. A man who had to recuse himself from debate moderator roles in 2016 because of his obvious bias on behalf of Hillary Clinton and the Democrats.

Let's be clear: If Donald Trump didn't know full well what he was walking into, I would be shocked and stupefied. And so would you.

In just the past month, Trump has repeated a fascinating pattern. He gave an exclusive interview to Jonathan Swan of Axios. It was revealed that he gave over 18 hours of interviews to Bob Woodward. And now this "town hall" with ABC News and Stephanopoulos.

Can he really not know where these reporters and their publications/networks stand on American politics and the presidential election?

If you think Trump was ambushed, then you think that Trump is grossly naive or astoundingly dense. I don't think he's any of those things, do you?

No, these were not ambushes. These were something a little more important and, frankly, strategic.

Donald Trump is president of the United States, and he has made himself available to the most hostile political reporters in this country and he has taken angry, contentious questions from citizens who looked their president in the eyes and challenged him on his policies and his demeanor.

This is great. We, the people, should expect no less from the leader of our nation.

We should be able to see them squirm a little and stand behind their decisions and their actions. Trump is demonstrating that he is exactly not the fascist, totalitarian the media, the Left and Democrats claim him to be, which brings us to the Democrats.

You wonder why Biden stays in the basement and only sees voters under controlled, scripted settings? Re-read that paragraph again and you'll see why.

Furthermore, Biden will be doing his town hall event tonight. But, rather than going into hostile territory as Trump did with ABC News, Biden will be getting a full body massage on CNN.

As a voter, you should be insulted.

The smart-set in the bubble of DC political media all claimed the Woodward, Swann, and ABC News events were disasters for Trump. But they weren't. The actual content at those events was not politically damaging in any way to Trump. Yet the symbolism of those events is extremely powerful.

Trump is under fire, lambasted, mocked, vilified and slandered by his political opponents in the media and he still gives them interviews, he still grants them access and gives them ratings. And through it all, he has kept his calm and demeanor.

The average American voter, if they're paying attention, will see a man confronting his critics, giving as well as he takes, and staying even-keeled through it all. Not quite the spoiled, tempestuous, ranting lunatic we've been hearing about from the media and Biden, right?

Could it be that Trump wasn't ambushed at all? Could it be that he knows a little more about the media and how to play the game than his critics on the Left and the Right?

Could it be we should all just chill out and watch this thing play out?

Could be, yes, it could be.