Larry Kudlow
|
Posted: Dec 12, 2017 12:01 AM
Share   Tweet
The opinions expressed by columnists are their own and do not necessarily represent the views of Townhall.com. 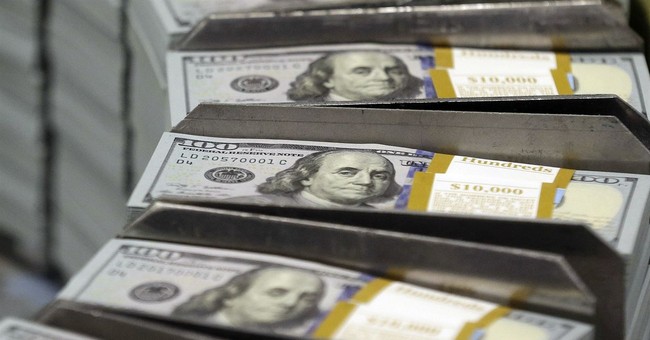 Republicans are supposed to be the party that cuts the job-killing capital gains tax, not raises it. But because of a quirk in the Senate-passed tax bill, the tax on capital gains may go up -- and for some types of long-held assets, fairly substantially.

Most members of Congress don't even know of this stealth capital gains hike. Here's the story: At the start of the year, Republicans promised to reverse the near-60 percent rise in the capital gains tax under former President Barack Obama -- a hike that helped bring investment rates to historic lows. The GOP plan was to eliminate the Obamacare 3.8 percent investment-tax surcharge on capital gains and dividends?. That repeal never happened. But now, the Senate tax-reform bill proposes to raise several billion over the next decade by changing the rules on how stocks are taxed.

It would require shareholders to sell their oldest shares in a company before their newest purchased ones. The older the share, the larger the taxable capital gain. This is called the first-in, first-out accounting system.

Now, this accounting change may actually make sense, except that the gains on long-term stocks are not adjusted for inflation. So on many sales of long-held stock, as much as half of the reported and taxable "gain" is due to the compounding effect of inflation. The actual capital gains tax paid could more than double for many stock and asset sales.

Therefore, the Senate rules would require millions of Americans to pay taxes on phantom or illusory gains. That is patently unfair and would discourage the very long-term investment that economists and politicians agree that we need.

If you were to give us $1,000 today, we would be glad to give you $1,500 25 years from now, because inflation is likely to run ahead of that pace. Believe us -- you haven't made a $500 profit on this transaction. But the government thinks you have.

There are other huge inequities in this new policy. Under the Senate bill, there's an exception for mutual funds, exchange-traded funds and other institutional funds. They would continue to apply the tax treatment under current law.

So get this: The little guy who wants to buy and sell stock on his own has to pay the higher capital gains tax, but the big investment funds have a more generous set of rules with lower taxes. Huh?

The mutual-fund industry convinced the Senate that conforming to the new rule would be too complicated. That's good news for Fidelity Investments and Vanguard. But what about Joe Lunchbucket? This new rule is complicated for him, too. This law is going to nearly force small investors to purchase stock through the big fund managers -- and, of course, pay their fees.

Most important, this is bad for the economy. The higher tax penalty on investment would discourage people from buying stock or investing in small startup companies in the first place.

This would also exacerbate the lock-in effect of the capital gains tax. History shows that when the tax on gains is higher, Americans are much more reluctant to sell their shares and pay the higher tax. This benefits old, established companies like Boeing and Microsoft but dries up capital for smaller, fast-growing firms that could be the next-generation Apple, Google or Uber.

In other words, this stealth capital gains tax contradicts the entire purpose of an otherwise prosperity-generating tax bill. We want lower business tax rates and investment tax rates to get more growth, more jobs and higher wages. A backdoor capital gains tax would accomplish the opposite.